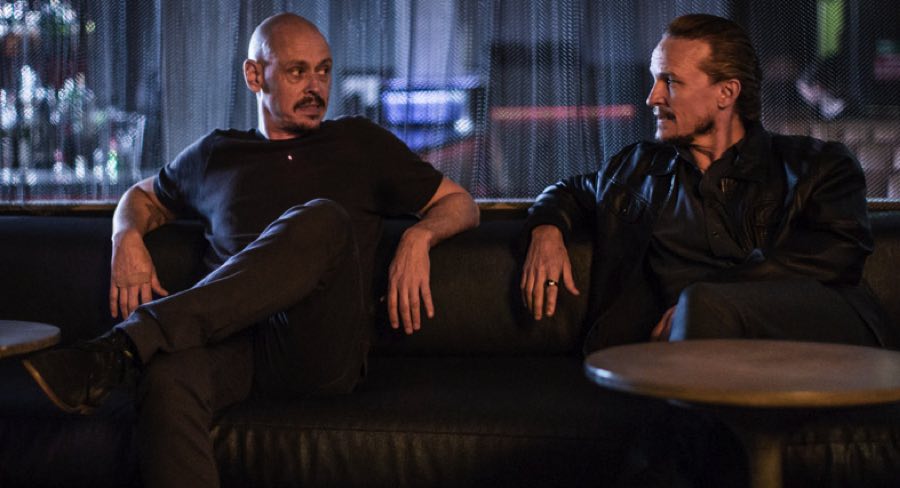 Publicis Media CEO Toby Barbour has announced the appointment of Imogen Hewitt (pictured) to the role of CEO of Spark Foundry.

Hewitt will join the agency in December, with Publicis Media ANZ chairman, John Preston, continuing to lead the agency in a caretaker role, working closely with the leadership team during the transition period.

On the appointment, Barbour said: “In Imogen, we’ve found a strategically-minded leader who has worked at the nexus of media, creative, digital and data. She brings to the role an understanding of the need to be instinctively collaborative, and adaptive, while creating a culture of high performance and inclusivity – essential attributes we look for in our leaders at Publicis.” 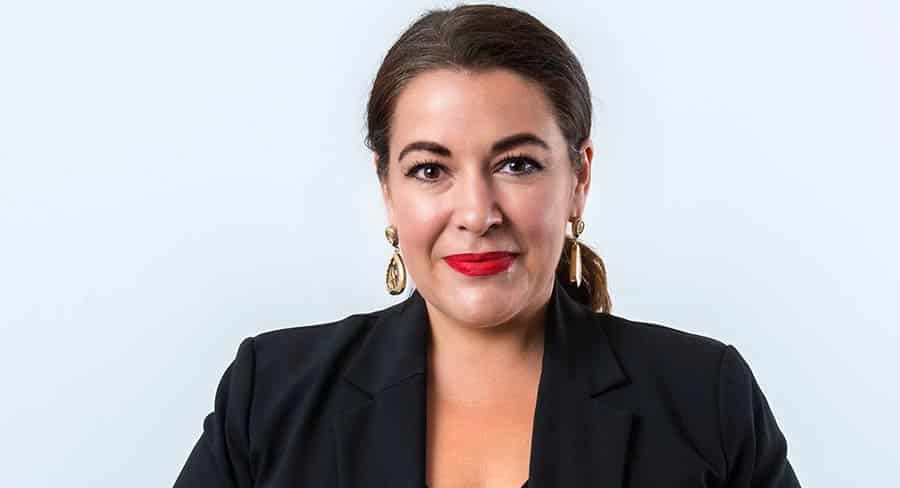 “Lauded as a woman to watch in the industry, Imogen brings two decades of experience rooted in both the media and creative worlds to Spark Foundry, which will be an invaluable asset as we continue our strong growth in Australia,” said Chris Boothe, global brand president, Spark Foundry. “I’m thrilled to welcome Imogen to the Spark family and am confident that her proven strategic and leadership skills will help drive further success for the agency and its clients in the market.”

Barbour added: “Her appointment comes at an exciting period of growth at Spark Foundry, following the global strategic alignment of sister agency, Blue449, in March. In Australia, this has meant bringing together two successful businesses to deliver our people and clients greater scale, while staying true to Spark’s unique approach, combining the nimble spirit of a start-up with the soul and clout of a global powerhouse.”

Hewitt most recently served as group MD at Havas Media Group. She has held various roles at Havas, including simultaneously working as the chief strategy officer of Havas Media and joint strategy director at Havas Creative Group.

She joined Naked Communications during its heyday in 2005, taking on roles including head of communications strategy and national commercial director; then in 2010, relocated to Singapore to take on the position of managing partner at Naked Communications South-East Asia. Early in her career, she also worked at Spark’s sister agency, Zenith.

Hewitt said: “I’m very excited to work alongside such talented people, leadership teams and client partners at an agency that thrives on diverse thinking, embraces collaboration and prioritises growth for both our clients and our people.

“The opportunity to play a role in further strengthening the Spark business and brand is enormous. To do that with the backing of Publicis Media and the broader Publicis Groupe is a once in a life-time career gift.”

Failed Adelaide concert promoter Phil Rankine claims one of his own companies – which was placed in liquidation today – owes him more than $800,000, reports News Corp’s Cameron England.

The debts across Rankine’s four concert promotion companies – which are all now in liquidation – have been estimated at $20 million.

Wexted Advisors, the administrators of the company Space Production, said in a creditors’ report that their preliminary investigations led them to believe the company had been trading insolvent since June 2017.

Wexted partner Andrew McCabe told The Advertiser that Rankine’s claim was for his share of the profits from concerts – a claim which would now need to be tested by the liquidator.

The promoter of concerts including the upcoming Elton John concerts in Adelaide, Florence and the Machine and Phil Collins, appears to have laid part of his woes at the feet of media coverage.

According to the report: The director has provided the following reasons for the company’s difficulties:

• the company, and related entities, experienced rapid growth with up to six major international shows at a time, and over 15 shows in the past two years
• the shows were of a significant scale costing between $2m to $4m to produce per show
• current media and other circumstances have meant the business ceased, restricting the company’s ability to announce up to four new shows and inhibiting funding.

Some of the investors who put money into Rankine’s group of companies include companies associated with the great-grandson of Sir Sidney Kidman, William Abel-Smith, which are owed $2 million, while former Crows player Mark Ricciuto is owed $250,000.

Ticketmaster is also owed $2 million, which was an advance on the money raised by selling tickets for December’s two Elton John concerts in Adelaide.

Charles Wooley suffers in economy on Qantas flight to Darwin

It’s been 18 months since 60 Minutes reporter Charles Wooley copped absolute hell for his “relentlessly creepy” interview of New Zealand’s Prime Minister Jacinda Ardern (“I’ve met a lot of prime ministers in my time, but … never one so attractive,” the tone-deaf old perv declared), writes Joe Aston in The AFR.

Well, his potty descent continues! The veteran broadcaster penned an article for Saturday’s Northern Territory News recounting the profound suffering he endured “third-world flying” for four hours in economy on a Qantas flight between Sydney and Darwin.

“I’m writing this from the most cramped aircraft seat in I [sic] have ever sat, anywhere in the world,” Wooley began, also fulminating that “if this was the case on even one-hour flights from Melbourne to Sydney or Sydney to Brisbane there would be outrage” and that “you people in and out of our most remote city surely deserve at least what the rest of us take for granted.”

A rumoured Packed to the Rafters reboot is planned for 2020

Popular Australian television series Packed to the Rafters is rumoured to be getting a reboot, reports News Corp’s Amy Price.

Confidential understands plans are underway to bring back the long-running family drama series, which was dropped by Channel 7 in 2013 after six seasons, with producers currently negotiating contracts to lock in key cast members.

A source close to the production told Confidential that lead actor Rebecca Gibney had agreed to return to the project while main cast members Hugh Sheridan, Michael Caton, Jessica Marais, Ryan Corr and Erik Thomson are also believed to be on board with the planned reboot.

It is understood if the cast are locked in, filming would commence in early 2020.

Packed to the Rafters, which won 13 TV Week Logie awards, was one of the most watched shows on Australian television from 2008 to 2013.

Foxtel’s Mr Inbetween was therapeutic for its star Scott Ryan

The series about hitman Ray Shoesmith touches on tough topics of crime, sickness, broken relationships and parental responsibility; and for Ryan, writing and acting in the show proved a cathartic experience, allowing him to tackle his own demons.

“I didn’t have a great year when I wrote season two. I took some of the stuff from my own life … I’m exploring some of my own issues,” Ryan told Confidential. “Season two will have a lot of the same things that people enjoyed (in season one) but it’s a bit more of a character study. It’s a lot darker.”

He didn’t reveal which aspects of the dark comedy were inspired by true events but the star said his character often felt like an alter ego.

“Ray in some respects represents the darker side of me. He gets to do the things that sometimes I would like to do with my own issues my own anger,” he explained. “We all have times when we want to punch someone and get revenge. Everybody’s got a dark side. Most of us deny that.”

“We were wrong”: Mitch and Mark’s clash with Scott Cam finally over.

After kicking off on Sunday over Cam repeatedly calling their second living space a “party room”, Sydney couple Mark and Mitch apologised for the thinly-veiled homophobia accusation and source of fierce debate on Twitter since the weekend.

While Cam maintained he was merely delivering feedback by the judges, who had praised contestants El’ise and Matt for designing their bedroom away from the “noisy people” next door, Mitch and Mark interpreted the “party room” remark as a judgment on their lifestyle.

“By 2019 homophobic innuendos are f***ing not on,” a furious Mitch told Cairns couple Tess and Luke following the tense argument with Cam.

“F***ing done with comments from people like him, aimed at people like me. Go f**k yourself,” he fumed.

Cam approached the couple to explain he meant nothing of the sort by the comments, but following the boys’ reaction, left the discussion in a strop.

Last night, it was Mitch and Mark’s turn to explain themselves, taking the opportunity to rectify their actions from the previous day.

“The other day we had a chat, and we had spoken on you behind your back,” Mitch began.

“You caught us off guard, and I was a bit overwhelmed and I didn’t consider what our actions had been. I just want you to know that sincerely apologise if I offended you. And I’m upset that I might’ve offended you.” Here, Mark interjected, “And we were wrong.”

The Seven Studios miniseries is based on a play by Elizabeth Coleman, filmed on the Mornington Peninsula and Melbourne CBD.

Two episodes screened to the invite audience, and were enthusiastically received.