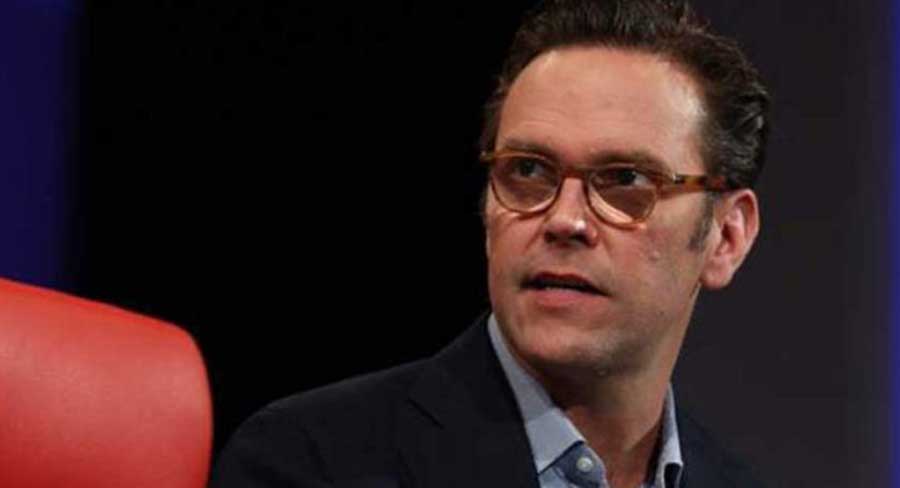 James Murdoch has castigated the US media for the “toxic politics” threatening American democracy, saying proprietors are as culpable as politicians who “know the truth but choose instead to propagate lies”, reports The FT’s Alex Barker.

The remarks by Rupert Murdoch’s youngest son, made in an interview with the Financial Times and a further joint statement with his wife Kathryn, are his strongest public rebuke of America’s news industry since he parted ways with the family business built by his father.

“The damage is profound,” Murdoch said. “The sacking of the Capitol is proof positive that what we thought was dangerous is indeed very, very much so. Those outlets that propagate lies to their audience have unleashed insidious and uncontrollable forces that will be with us for years.”

During the interview set up to discuss his latest digital venture in India, Murdoch did not directly mention Fox News, his father, who founded it, or his brother Lachlan, the chief executive of the Fox Corporation.

Commentary: The ABC no longer has a purpose, except pleasing itself

Sinclair’s comments however coincided with the ABC again being ranked as Australia’s #1 digital news brand by a considerable margin, something that happened in every month of 2020.

Chris Murphy, the man who took INXS to world domination, dies suddenly at 66

The 66-year-old manager, record label owner and television producer was diagnosed with an aggressive cancer before Christmas and died surrounded by his family at his Sugar Bay Ranch property in Ballina.

“It is with great sadness that the remaining members of INXS mourn the passing of our brother, Chris Murphy. Without Chris’s vision, passion and hard work, the INXS story would be totally different,” band members Tim, Jon and Andrew Farriss, Kirk Pengilly and Garry Beers said in a statement on Saturday.

The Australian’s Adam Creighton heads to US for Washington role

Adam Creighton, The Australian’s economics editor since 2018, has been appointed as the paper’s Washington correspondent, replacing Cameron Stewart who will return to Australia after four years in the US.

Creighton joined The Australian as economics correspondent in 2012, having worked for the Reserve Bank and The Economist in London. He was a journalist in residence at the University of Chicago’s Booth School of Business in 2019 and spent six months at The Wall Street Journal in 2016.

Stewart, who has been The Australian’s Washington correspondent since January 2017, is returning to Australia as an associate editor, combining investigative reporting with feature writing for The Weekend Australian Magazine. Stewart was previously an associate editor focusing on foreign affairs, defence and national security. He is a former winner of the Graham Perkin Award for Australian Journalist of the Year.

Cameron Stewart penned a long piece recalling his years in the USA for the newspaper on the weekend:

As I watched the jaw-dropping sight of Donald Trump’s supporters smashing their way into congress last week, I tried to recall the last time that America felt normal. Was there a single day in the past four years when the world was not fixated by this out-of-the-box president? Was there a fleeting moment when I did not have a major, if not a global, news story to cover as The Australian’s Washington correspondent?

But despite America’s current problems, we will miss it greatly. The friendly nature, the can-do spirit and the relentless optimism of Americans is infectious. The head-snapping contrasts between its urban ghettos and Silicon Valley, between God-fearing farmers and big city liberals, between the north and the south are endlessly confounding and fascinating.

The sun is now setting on the Trump era. But it was the greatest news story in the world. It has been a wild ride and an exhilarating one to chronicle from the front row of history.

The remarkable bounce back of New Zealand’s magazines

At 8.31am on a Thursday April 2, the editor of Bauer NZ’s Metro magazine, Henry Oliver. received a text message from his employer, alerting him to a company-wide Zoom call in 29 minutes’ time, reports Guardian Australia’s Elle Hunt.

Within an hour of that text, Oliver and the 300-odd other employees of Bauer Media New Zealand were told they were being made redundant, the titles they worked on would be put up for sale, and the entire company was to close.

Yet less than a year later, not only have Bauer magazines been brought back to life under new ownership, but also new titles have been launched – reflecting a flurry of investment and innovation in New Zealand media precipitated by the pandemic.

Metro and North & South were both acquired by independent investors seeking to preserve New Zealand’s tradition of long-form features journalism.

Cancel culture and a fear of pushing boundaries has changed the comedy scene for the worse since US funnyman Rob Riggle first took to the stage more than 20 years ago, reports News Corp’s David Meddows.

Riggle, who along with Matt Shirvington is a ‘commentator’ on Channel 7’s new extreme mini-golf series Holey Moley, believes there is now a real danger of comedians losing their livelihood if they make the mistake of upsetting the angry mob.

“Throughout my lifetime, comedy has always pushed people’s buttons, it always challenged people and always said the politically incorrect thing — that’s what made it so taboo, and that’s what made it so fun,” he says. “The most that would happen to a comedian is they get labelled a ‘bad girl’ or a ‘bad boy’, you know ‘ooh, they’re dangerous’.”

Basketball could emerge with a broadcast deal worth $20m annually with Larry Kestelman’s National Basketball League targeted by Nine Entertainment and its streaming service Stan to add to its collection of sports rights, reports The Australian’s John Stensholt.

Having already won rugby union rights in a $100m deal late last year, Nine and Stan would also add the NBL to tennis as it seeks to build out its fledgling Stan Sports service.

The NBL, which begins its delayed 2021 season on Friday night, is set to benefit from Stan’s entry to the sports market and jump from its current deal with SBS and ESPN, an advertising revenue sharing contract only, to potentially the most lucrative contract in the league’s 42-year history.