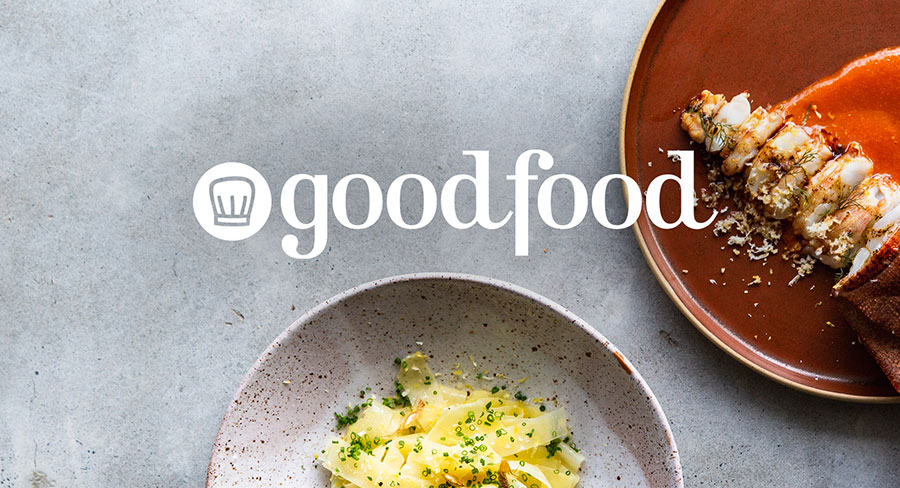 Singer Guy Sebastian was on the chopping block at his record label Sony because it “lacked confidence” in the inaugural Australian Idol winner following the release of his second album, court documents allege, reports The Sydney Morning Herald’s Angus Thompson.

Courtney Day, former Sony executive and wife of celebrity agent Titus Day, made the claim in a Federal Court affidavit lodged in her husband’s bitter court feud with the pop star he once managed.

“Guy was on the list of artists whose contracts Sony would terminate if they did not perform on the next release,” Mrs Day claims in the statement filed earlier this year.

Sebastian is suing Mr Day and his management firm 6 Degrees, which has since gone into liquidation, over alleged breaches of contract, including that he is owed more than $200,000 in performance fees, and proceeds from a sunscreen deal he helped foster.

Mr Day is counter-suing Sebastian, alleging he is owed commissions for a range of services.

The case appears set to go to a hearing at which Mr Day and his former client will appear in person to give evidence after mediation between the two parties failed.

Journalists from the ABC and News Corp Australia who revealed government secrets have been handed a lifeline after the government expanded its political veto of prosecutions based on legitimate news reports, reports The Australian’s Chris Merritt.

The new arrangements mean prosecutions under four federal laws will not proceed against journalists without the permission of the Attorney-General, Christian Porter.

The changes, outlined in a ministerial direction to the Commonwealth Director of Public Prosecutions, coincide with growing pressure on the government over the May raids on the home of News Corp journalist Annika Smethurst and the ABC’s Sydney newsroom.

News Corp Australia’s director of corporate affairs, Campbell Reid, said the changes “offer no comfort for journalists disclosing information in the public interest that they are safe from prosecution for doing their job”.

“This so-called safeguard falls a long way short of what media organisations are seeking – to recognise the role of journalists to keep the public informed,” Reid said.

Journalists will be under even more pressure to keep the Federal Government onside or risk prosecution under a new Attorney-General directive, Australia’s peak legal body has warned, reports ABC News’ Eliza Laschon.

Under pressure to do more to protect press freedom, Christian Porter issued a directive that prosecutors will need his approval before charging journalists under certain sections of Australia’s secrecy laws.

The decision could shield ABC and News Corp employees from facing possible criminal charges over their reporting on national security issues following June’s raids by the Australian Federal Police.

But Law Council of Australia President Arthur Moses SC said it would not help solve the “legitimate concerns raised by the media” since the raids.

“Let me be very blunt about this, it does not allay the concerns that have being raised in relation to press freedoms in Australia,” Moses said.

An Adelaide woman who was depicted as a welfare cheat in a Today Tonight story has won a long-running legal battle against Channel Seven, reports ABC News.

Malgorzata Barbara Poniatowska has had her appeal against the television network upheld by the Full Court of the Supreme Court of South Australia.

The three judges unanimously agreed Channel Seven failed to prove she was guilty of fraud when it aired the story on October 26, 2011.

The story reported Poniatowska had defrauded Centrelink of more than $20,000 in benefits while working for a building company.

Seven will now be forced to pay Poniatowska damages, the sum of which is yet to be assessed.

A spokesperson told the ABC the “matter is not finalised” but declined to comment on whether the broadcaster would launch an appeal.

Triple M will roll out another DAB+ station this week with the October 1 launch of MMM Hard N Heavy in Sydney, Melbourne and Brisbane.

The new DAB+ station will feature Metallica across October, with the world’s greatest heavy metal band to be heard non-stop on MMM Hard N Heavy. Metallica had planned to tour Australia during October, but the five-city tour was cancelled just days ago.

Listeners to the new station can also expect MMM Hard N Heavy to play everything from Metallica to Motley Crue, AC/DC to Anthrax, KISS to Korn. 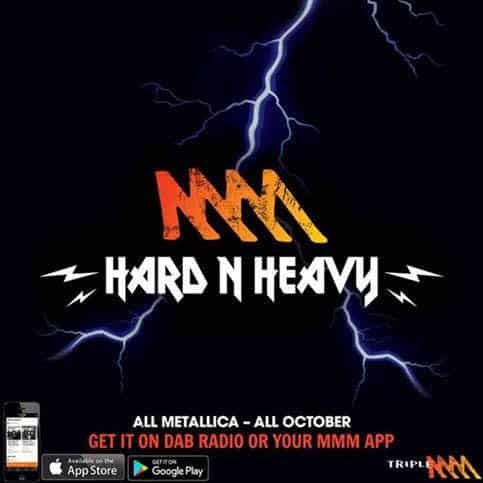 Triple M’s head of music Mickey Maher said, “Australia has a large and very passionate fan base of Hard Rock & Heavy Metal yet, until now, it’s a genre that has been underserviced on Australian radio. The people have spoken and we are really excited to launch Hard N Heavy. I’m sure the fans won’t be disappointed!”

On Monday, retail and burger king Jack Cowin (No. 25 on this year’s AFR Rich List with $2.79 billion) and Harvey Norman co-founder and executive chairman Gerry Harvey (No. 40 with $1.9 billion) joined their close friend, former ad man and entrepreneur John Singleton (on 145th spot with a paltry $670 million) at his Saddles restaurant in Mt White, on Sydney’s outskirts for an intimate concert with 83-year-old rocker Kris Kristofferson, reports The AFR’s Fiona Carruthers.

The tickets were priced at $1500 for a single seat or $10,000 for a table of 10 seats, and once Kristofferson has taken his cut, Singleton and Saddles’ restaurateurs, husband and wife team Hayley Hardcastle and Cameron Cansdell, will at least break even as the 100 places have all sold out.

Hate the Grand Final performers? Please, keep it to yourself

Here’s a glimpse into the not-too-distant future. American band One Republic is playing the NRL Grand Final this Sunday night.

And you don’t need a crystal ball to predict there’s going to be a rash of Twitter users spamming social media asking “Who is this band?” with the appropriate hashtag so people can find their witty commentary, writes the Herald Sun’s Cameron Adams.

It’d take just as much time for them to search “Who are One Republic?” online, or hear any of their handful of big hit singles, but why do that when you can vent on social media?

There’s going to be a lot of “Why didn’t they use an Australian band?” too.

We saw the modern blood sport of social media users savaging musicians performing before sporting events in full effect at the AFL Grand Final – and that was all Australian talent.

Turns out we’re never happy, even though nobody watches the Grand Final for the music performed before it, let’s be honest.

Melbourne busker Tones And I has had the No. 1 song in Australia for nine weeks now with Dance Monkey.

Yet some Twitter nuffies were saying her performance was “worse than Meatloaf”. Really?

You may not like her voice – it is divisive – but Meatloaf was absolutely diabolic on all fronts.

Dean Lewis also copped it online. Ballads are a tough choice at any sporting event, especially soppy ones about broken hearts.

People have incredibly short attention spans these days – a year ago Lewis’s Be Alright was everywhere and it has been a major international success story. But 12 months on, it looks like he‘s another victim of tall poppy syndrome.

If a song or a singer isn’t for you, skip it, turn the channel or go and get a drink, don’t necessarily feel the need to let everyone know on social media.

Remember when we praised Australian artists for being successful internationally, rather than slaughter them on social media because they weren’t to your taste?

The Opera House-facing restaurant, where a 10-course meal costs $295 before drinks, was awarded the Guide’s top ranking of three chef hats for a “holistic experience at the very peak of Australian dining”. 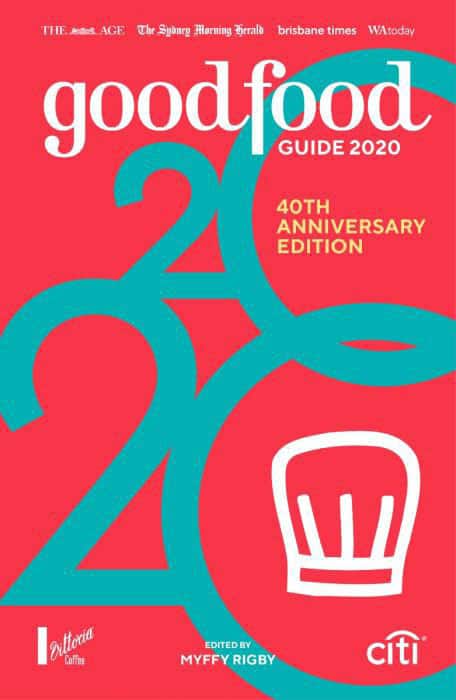 Can SBS make the NBL a TV hit as new season launches?

For local fans who came of age in the mid-90s heyday of Leon Trimmingham and Robert Rose, the promise of live basketball on free-to-air TV has been one of steady disappointments; the legacy of broadcasters like Bill Woods and Steve Carfino dissolving to a story of commercial oversight and half-hearted scheduling, reports The Sydney Morning Herald’s Robert Moran.

With the NBL’s anticipated new season set to launch on Thursday, SBS are eager to change the narrative.

“Since the 90s, it’s struggled to really gain traction. Then the quality of the league deteriorated and the media interest also declined,” says SBS’s director of sport Ken Shipp. “But right now it does feel like the perfect storm.”

Earlier this month, the public broadcaster unveiled its multichannel SBS Viceland as the new free-to-air home of the NBL for the next two years, after a three-year deal with Nine – last season’s broadcasters and owner of this masthead – was binned.

“We recently lost some of our key football rights, and I was looking for something that could replace that, and I think basketball as a global sport is something that makes a lot of sense for us,” says Shipp.

The NBL launches live on SBS On Demand on Thursday, and on SBS Viceland on Saturday.

How the feud between Andrew ‘Joey’ Johns and Erin Molan started

The Sunday Telegraph at the weekend reported Channel 9 has been dealing with an awkward falling out between star host Erin Molan and the rugby league immortal Andrew ‘Joey’ Johns with the pair no longer working together on Friday night football.

The feud between and Molan and Johns dates back to Paul ‘Fatty’ Vautin being given the boot from The Footy Show, report News Corp’s Jonathon Moran and Mibenge Nsenduluka.

The Daily Telegraph reports Johns never got along with Molan, who is hugely popular with others in the game, as she made her name as a TV reporter as opposed to being a sports person.

The network advertised at the start of the year that Johns would be an integral part of the team every Friday night for the coverage Molan has hosted throughout the season.

But like last year, when he took himself off The Footy Show when Molan replaced Paul ‘Fatty’ Vautin, Johns suddenly disappeared from the Friday night broadcast, replaced by Billy Slater in the commentary box.