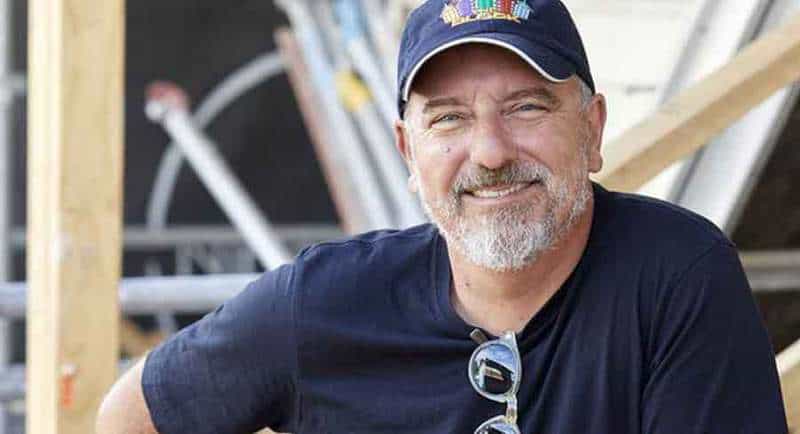 The American businessman, who runs New-York media private equity fund InterMedia Partners, is behind the “blank cheque” company that bid to buy a portion of Foxtel and wipe its debt earlier this year.

Industry sources briefed on the talks who could not speak publicly for confidentiality reasons said the special purpose acquisition company (SPAC), Trine Acquisition Corp, was on the hunt for an Australian media investment. It also briefly considered approaches for Kerry Stokes‘ Seven West Media and Nine Entertainment Co. However, Foxtel was the only one to receive an offer.

The American professor and former chief economist of the World Bank told a webinar hosted by the Australia Institute’s Centre for Responsible Technology that neither Facebook or Google cared about news, and that their threats to block news sharing and leave the Australian market were proof the regulation was urgently needed.

“They don’t care. They just want traffic and traffic of hate speech, excitement, are things that get people more engaged,” Professor Stiglitz said. “The impact on our society of having all this ad revenue go to social media is absolutely devastating. That’s one of the reasons why this is so important.”

Former Blue Sky director Elaine Stead said she was “very angry” when Fairfax dropped its truth defence in her defamation case against columnist Joe Aston, because it denied her the chance to prove his claims about her were incorrect, the Federal Court has heard, reports The Australian’s Cameron England.

Dr Stead is suing The Australian Financial Review columnist Joe Aston and his employer Fairfax, now Nine Entertainment Co, over a series of articles which she says made her look “reckless” and “stupid”.

Fairfax’s original defence was going to rely on truth as well as “honest opinion”, however the truth defence was dropped in October.

Dr Stead said she felt relief when the truth defence was dropped, but she believed that Fairfax’s explanation, that it didn’t want to inconvenience the court and to limit costs in the matter, was “disingenuous”.

Newsroom leaders at Rupert Murdoch‘s News Corp have accused former prime ministers Malcolm Turnbull and Kevin Rudd of being opportunistic and hypocritical and have defended “back channel” relationships between editors and politicians, reports The Sydney Morning Herald’s Zoe Samios.

During a private all-staff meeting on Thursday, The Australian editor Michelle Gunn, The Daily Telegraph editor Ben English and Sky News boss Paul Whittaker appeared on a panel to discuss Rudd’s campaign against News Corp, a heated debate between senior political writer Paul Kelly and Turnbull on ABC’s Q+A and “the dominance of voices on the left of Australian media”.

Former editor of The Australian Paul Whittaker said both politicians were happy to use News Corp when it suited them.

“People have to remember that Kevin Rudd and Malcolm Turnbull very assiduously used the media and in particular used News Corp,” he said. “Kevin Rudd twice cut down his own leader. In 2006 he was quite happy to use News Corp to try to undermine Kim Beazley and it worked, he became the opposition leader. Later he cut down Julia Gillard.

“In the same way Malcolm Turnbull used the media to undermine and cut down Brendan Nelson and then of course later prime minister Tony Abbott. They’ve been quite happy to use News Corp and other members when it suited their purposes, but they are quick to turn around and blame them.”

Former breakfast announcer Alan Jones sued SBS over comments made after he retired from 2GB in May on its youth-focused current affairs program The Feed, which he says portrayed him as a racist, a misogynist and a liar, reports The AFR’s Neil Chenoweth in the Rear Window column.

SBS has just filed its defence, denying the meanings claimed by Jones’ lawyers and pleading honest opinion; a truth defence; that other meanings in the broadcast which were more damaging to Jones are true; and finally that Jones’ reputation is so bad he couldn’t be damaged by SBS’ broadcast.

The Asian Academy Creative Awards are being announced across two nights in Singapore this week.

The Awards are being held at the AAA Theatre, the newly built 3D virtual theatre which had its first public showing. Using virtual tracking technology, the AAA’s were able to put performers and winners on the same stage despite being in different locations across the region. Host Bobby Tonelli declared it “Our industry’s Theatre of Dreams”.

In the awards announced last night, Australia won in four of the 20 categories.

Method Studio’s claimed an historic Best Visual FX “three-peat” for their work on Jumanji: The Next Level.

Emmy winner Bluey became a winner of The Double (an Emmy and a Goddess) with their victory in the Preschool category. The win for Ludo Studio comes just days after they picked up a second AACTA for Bluey.

Australia then added both documentary categories to their tally thanks to ABC’s Revelation from Sarah Ferguson and The Australian Dream, an Australian-UK co-production between GoodThing Productions and Passion Pictures, written by Stan Grant.

The Gala Awards Final takes place at the AAA Theatre on Friday evening (6pm Singapore time) when the bulk of the scripted and acting awards are decided.

Next year’s season of the show will be set in a cul-de-sac in suburban Hampton, a neighbouring suburb to Brighton, where filming took place this year.

But the three remaining homes have now settled, with public records revealing the total outlay.

One on the opposite side of the street fetched $2.66 million.

Everything up for grabs as football enters fast-moving broadcast market

A few months ago, there were fears football in Australia could be left without a television partner, reports The Sydney Morning Herald’s Vince Rugari.

Now there could be a bidding war on multiple fronts as almost the entirety of the sport’s broadcast inventory goes up for grabs next year – and insiders are bullish about how an increasingly fragmented market could play in football’s favour.

Much has changed since Fox Sports tore up the remainder of its three-year contract to televise the A-League in the middle of the pandemic, replacing it with a cut-price, one-season deal worth $28 million, which expires in July.

The decision to shorten the length of the deal, according to multiple sources, was taken not by Fox but by Football Federation Australia and the clubs, which read the industry’s tea leaves and prioritised flexibility over security.