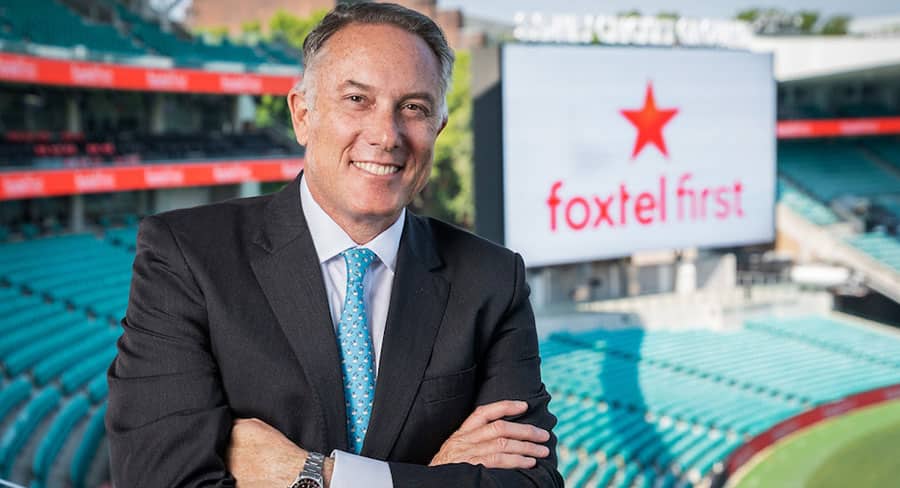 A disagreement over ABC redundancy entitlements – which could disadvantage women employees the most, according to staff and unions – has prompted the Media, Entertainment and Arts Alliance to lodge a dispute with the Fair Work Commission, reports SMH‘s Michael Lallo.

More than a dozen ABC employees, who are not authorised to speak publicly, claim the dispute concerns an attempt by management to limit severance payouts for staff who have previously worked part-time.

Sources say that management is insisting upon pro-rata reductions for any part-time service within this 24-year period.

“Women are much more likely to reduce their full-time employment to part-time when they have children,” said one staff member. “But many women also return to full-time work once their kids get older. To argue that these employees should be paid less for a few years of part-time service is absurd.”

An ABC spokesman said the method of calculating severance pay for workers who have completed periods of part-time employment has been in place for more than two decades, and is consistent with the method used by SBS and other public service entities.

Australia’s diplomatic network does not know whether internal Chinese politics, the toxic bilateral relationship or perhaps a freethinking Facebook post led to Australian journalist Cheng Lei’s detention in Beijing more than a fortnight ago, reports News Corp’s Will Glasgow.

That has left the Morrison government highly concerned but unable to accurately assess whether the detention of the popular China Global Television Network anchor indicates a raised threat for other Australians in mainland China.

“We genuinely don’t know if this is coercion, or punishment, or something else. We don’t know,” a diplomatic source told The ­Australian.

Cheng — whose two young children are with her parents in Melbourne — has joined a burgeoning list of tensions between Australia and its biggest trading partner that has led to an unprecedented deterioration in the bilateral relationship.

Adding to the fallout of the extraordinary arrest, Cheng’s former partner is Nick Coyle, the long serving chief executive of the China-Australian Chamber of Commerce in Beijing, which represents the Australian business community in China’s capital.

At a regular press conference in Beijing, China’s Foreign Ministry spokesperson Hua Chunying on Tuesday evening said “China is a country of rule of law.

“If you want more info, I can ask competent authorities. I have nothing to offer here.”

Australian Foreign Minister Marise Payne had earlier cautioned against interpreting Cheng’s detention as being caught up in the fractious bilateral ­relationship.

“I would not describe it in that way. It is speculative at best to ­engage in that sort of premise,” she said.

The Federal Court, which is hearing a defamation suit brought by Roberts-Smith against The Age and Sydney Morning Herald, heard the AFP told the Special Air Services veteran he was a suspect in war crimes that led to the death of ­Afghan villager Ali Jan in September 2012.

Counsel for the newspapers Sandy Dawson SC said the letter to Roberts-Smith through his lawyer also confirmed the AFP had commenced its investigation into Roberts-Smith following a referral from former chief of the Defence Force, Air Marshal Mark Binskin.

Dawson said the letter referred to the incident in which the newspapers allege “Mr Roberts-Smith kicked Mr Ali Jan off a cliff while his hands were tied and then participated in a joint criminal enterprise which brought about his death”.

He said the AFP told Roberts-Smith it had obtained “contemporaneous ADF reporting and associated documentation” in relation to the allegations.

“The AFP has conducted inquiries in Afghanistan and obtained statements from a number of current and former ADF personnel,” the barrister said.

While Roberts-Smith claimed Ali Jan was a “spotter” for the Taliban, “the information in the possession of the AFP, which includes eyewitness accounts to the contrary, implicates Roberts-Smith in the conduct which is alleged, namely the two war crimes”, Dawson said.

Roberts-Smith is suing the newspapers over reports that alleged he committed war crimes while serving as a soldier in Afghanistan. He vehemently denies the allegations, which he says are defamatory.

Farmer Wants A Wife: Unlucky in love country boys line up to find the one

Channel 7 have announced the next batch of Aussie farmers hoping to find love on the next series of Farmer Wants A Wife, reports News Corp’s Karlie Rutherford.

Farmer Matt is a 26-year-old from Orbost, Victoria, who describes himself as “an easygoing farmer who loves a bit of banter, am very sociable and a good communicator.”

Matt adds he’s “wise beyond his years with a solid work ethic and incredibly driven”. He’s looking for a woman who is “a good communicator and is willing to give farm life a go”. And if you’re family orientated and have a great personality, even better.

Meanwhile, in NSW, 24-year-old sheep and crop Farmer Sam from Canowindra is also looking for an adventurous lady. Sam describes himself as a “fun, loving person with a heart of gold and a great sense of humour”. And his ideal partner would be “fun, loving, caring, intelligent lady with a great sense of humour and who loves the great outdoors and is family orientated”.

It’s understood producers were inundated with requests from single farmers after the show returned to screens after a four year hiatus. The show is also the most successful of the reality dating shows, with a marriage success rate higher than that of the general population. From this year’s season, two of the Farmers, Alex and Neil, are still with the woman they met on the show.

He said he was “fearless” of losing sports that were asking too much for broadcast rights, a shot across the bows of rugby union and soccer, and while cricket was a tier one sport “it is going to have a tough season ahead and we will work through it with them”.

Improved data analysis had also helped Foxtel decide which sports were worth paying big money for and those that were not, Delany told the Asian media APOS Virtual Series on Tuesday afternoon.

“If a sport is asking too much money and we can‘t make it work, and someone else can, well good luck to them,” he said. “We can see quite clearly the sports that are working, and those sports know who they are.”

Cricket Australia will on Wednesday announce a lucrative three-year sponsorship deal with telco Vodafone worth at least $6m per annum, a sign of the commercial strength of the sport, even though a battle with its domestic broadcasters looms.

Foxtel chief executive Patrick Delany says cricket is in for a tough summer and while the organisation is willing to work with Cricket Australia, it is clear the co-operation will come at a cost, reports News Corp’s Peter Lalor and Ben Horne.

CA is reeling following a savage attack from Seven West Media boss James Warburton, who has threatened to walk away from the network’s contract if it does not get a rights discount.

Sources close to Fox Cricket confirmed yesterday it would also be seeking a reduction in what it pays for cricket broadcast rights.

And in a clear indication that the dispute is escalating, Foxtel delivered a legal letter to Cricket Australia on Monday and Seven has hired a high-profile contract lawyer to fight its corner.

Both broadcasters believe a summer that includes the possibility of a Boxing Day Test at Adelaide – not the MCG – a Big Bash League without access to the biggest local stars and other likely changes is not what they signed up for.

Both share the frustration of dealing with a body they believe was moving with too much haste under former chief executive Kevin Roberts and is indecisive since his departure.