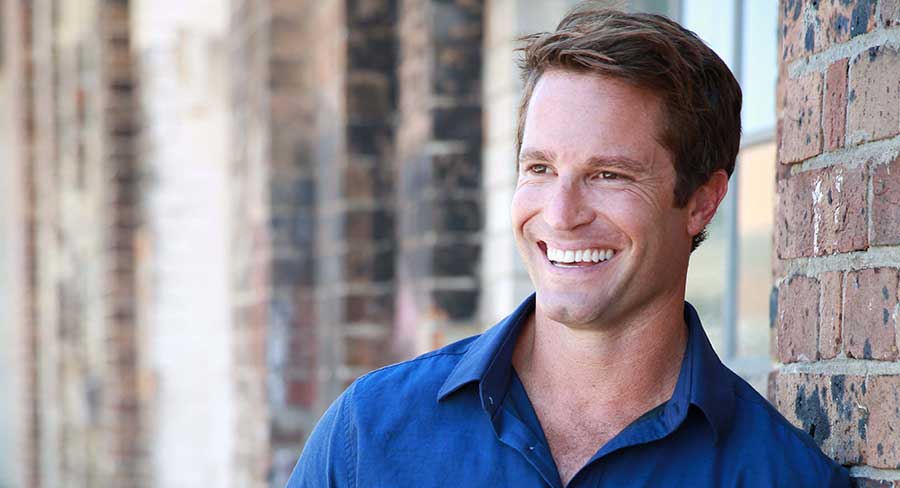 Nine Entertainment chairman Peter Costello has warned that it will cut its $1bn investment in content if the media group isn’t compensated for its use by technology giants Facebook and Google, reports The Australian’s Lilly Vitorovich.

In the company’s 2020 annual report, Costello said the US-based digital platforms had “enormous market power”, but weren’t subject to the content rules that apply to free-to-air broadcasters in the Australian market.

“They make very little Australian content and contribute very little to Australian employment. Nonetheless, they are able to use the premium content we produce to attract audiences in the Australian market,” Costello said.

Chief executive Hugh Marks said while Nine’s content investment has been “relatively stable over the past five years, the nature of that investment has changed significantly”.

“We have focused on platforms we can monetise, and that are growing and on the content that works across those platforms. We also need to control more rights to our content, to ensure we can determine and capitalise on all forms of distribution,” he said in the annual report.

Nine’s annual report revealed that Marks was paid $2.3m in the 2020 financial year, down about 28 per cent from $3.2m last year. Of that, $1.5m was his salary and fees, up nearly 11 per cent from last year, according to statutory remuneration figures. He didn’t receive a cash bonus, unlike last year when he took home $647,220.

Senior figures at the ABC allegedly fuelled a “firestorm” of vitriol against NSW Racing boss Peter V’landys by agreeing to broadcast a 7.30 exposé that revealed acts of cruelty against former racehorses, a court has heard, reports The Australian’s Kieran Gair.

The chief executive of Racing NSW and Australian Rugby League Commission chairman is suing the ABC and journalist Caro Meldrum-Hanna over the segment ‘The Final Race’ which aired on 7.30 last year.

“I feel deceived, I feel conned, I feel angry,” V’landys told the court on Wednesday, after watching the segment for the first time in the witness box. “It’s a 10 out of 10 stitch up, a hit job.”

Barrister Bruce McClintock SC, for V’landys, said the ABC acted with malice “at a senior level” when it spliced the racing chief’s 7.30 interview with footage of horses being slaughtered at the Queensland abattoir.

V’landys told the court that Racing NSW put aside “sufficient funds to re-home every (retired) horse” in NSW, with the agency dedicating about $2.5m a year to the welfare of racehorses. He also revealed that vets employed by Racing NSW had already visited 1200 retired racehorses this year to conduct welfare checks.

The Channel 7 reporter has fired back after being slammed following a press conference with the Victorian Premier yesterday.

Hitchcock’s hard line of questions invoked a furious response online after the Sydney-based journalist, who has not been a regular attendee of Andrews’ daily briefings, engaged in a tense back-and-forth with the Premier.

Hitchcock was blasted on social media, causing the hashtag #ThisisNotJournalism to trend on Twitter.

Hitchcock this morning took to Instagram to share his response to the criticism and was met with an outpouring of support.

“Journalist asks tough questions to a politician at a press conference?,” he wrote alongside a photo of a news.com.au headline.

The press conference turned sour when the reporter asked the Premier whether he would wreck his state’s economy to save lives.

He began by not answering the question directly, leading to a tense exchange with the reporter.

“Well, that’s a choice that we have made as a National Cabinet from day one,” he said.

The reporter responded, “That doesn’t answer the question.”

Andrews reacted by saying the same answer again before he was interrupted.

The reporter asked him to answer the question with a yes or no.

Andrews hit back saying; “How I choose to answer your questions is, with respect, a matter for me.”

Critics told Hitchcock to go back to Sydney, calling him rude and accused him of making false, sweeping statements.

Quaden Bayles and family to receive close to $200,000 in damages

The family of Quaden Bayles, a nine-year-old Indigenous boy with dwarfism, will receive close to $200,000 in damages plus legal costs after an agreement was reached with the News Corp columnist Miranda Devine, who had suggested he had faked his own bullying, reports Guardian Australia’s Amanda Meade.

The federal court will be told on Friday the parties have reached a settlement and the high-profile Daily Telegraph columnist has apologised on Twitter.

Katzmann will hold a remote case management hearing on Friday morning at which Devine, who is on secondment for 18 months to Murdoch’s the New York Post, will be represented by Susan Goodman of Holding Redlich.

Goodman told Guardian Australia her client’s matter was confidential and she could not comment.

News Corp did not respond to a request for comment.

It is unclear whether Devine or News Corp Australia will pay the damages and costs.

Iain Canning and Emile Sherman’s See-Saw Films has teamed up with three-time Australian Writers Guild award-winner Samantha Strauss to set up a joint venture production company. Called Picking Scabs, it will be based in Australia and develop projects for Strauss to write and produce with See-Saw Films in both Australia and worldwide.

See-Saw and Strauss recently worked together on dark comedy series The End, which Strauss created and wrote. The show is a co-production between Sky UK and Foxtel Australia, that is executive produced by Strauss and See-Saw’s Rachel Gardner, Jamie Laurenson, Hakan Kousetta, alongside Sherman and Canning. Starring Harriet Walter (Succession) and Frances O’Connor (The Missing), it is directed by Jessica M. Thompson and Jonathan Brough and will air in the US on Showtime from 2021.

“We want to tell stories that are a bit itchy and a lot addictive; that dig below the scab and broken skin and investigate all sorts of wounds that haven’t healed properly. Let them bleed, weep and breathe,” said Strauss in a statement.

“We’re thrilled to formalise this already great relationship with Sam and have several ground-breaking projects in development. Ironically, ‘The End’ was just the beginning,” said See-Saw’s head of television, Jamie Laurenson.

Strauss co-created the hit Australian teen drama series Dance Academy, which screened in over 160 countries and was nominated for two International Emmys, and won the most outstanding children’s series Logie awards in 2012 and 2013. Strauss was the lead writer on all 65 episodes.

See-Saw’s TV projects in the pipeline include Colin Farrell-starring The North Water for BBC Two, Gary Oldman-starring Slow Horses for Apple TV Plus, and Keira Knightley-starring The Essex Serpent, also for Apple.

From one angle, Network 10 appears to be having a relatively good run. Despite the challenges of the pandemic, many of its major productions have been able to go ahead and attract healthy ratings, reports The Age’s Debi Enker.

The gamble with MasterChef paid off when the show was successfully relaunched for its 12th season with a new trio of judges. The Masked Singer averted a COVID crisis when there was an outbreak on set and the novelty show nevertheless managed to complete its second season. Even The Bachelor has kept its fairy lights twinkling, no small feat for a dating-and-mating show, continuing with virtual encounters when social-distancing requirements kicked in. Gogglebox, into its 12th season, has been pulling a sizeable audience.

That’s the upbeat angle; however, there’s also a picture that isn’t as rosy. Over the past months, there have been two brutal rounds of redundancies and some contentious revamps. The redundancies, announced in May and August with the latter month’s changes recently in evidence, have profoundly affected the news division and the morning show, Studio 10. As well as division heads, journalists and crew members, personalities who have been part of the network’s public face for years – and in some cases decades – have been shown the door.

In classic corporate-speak, 10 described the May round, which included the closure of the digital news site 10 Daily, as a “strategic shift”. Of the more recent upheavals, chief content officer Beverley McGarvey said that the decisions “are essential to future-proofing our business”.

Qantas and the Wallabies have been linked for the best part of three decades, but the devastating financial impact of COVID-19 has hit rugby hard with the airline announcing it will end a deal worth roughly $5 million annually at the end of the year.

The news is a major blow to a struggling code that appeased Qantas during the Israel Folau saga last year when an easier option may have been to retain the star fullback rather than go through an expensive legal battle that cost the organisation millions of dollars.

With the Wallabies ranked No.7 in the world following a poor Rugby World Cup, the code has no broadcast deal beyond this year and is yet to finalise the make-up of Super Rugby in the future. Given the economic impact of COVID-19, it is not an ideal time for RA to be looking for a new major sponsor to emblazon its logo across the front of the famous gold jersey.

Qantas, which recorded a $1.9 billion annual loss for the 2019-2020 financial year, prompting thousands of job cuts, told RA it could not afford to continue with that deal and the governing body agreed to end the contract.

As Qantas ends Wallabies sponsorship, cuts off cash to cricket and soccer

Qantas will end its 30-year sponsorship of the Wallabies, worth about $5 million a year, and cease financial support for the national cricket and soccer teams as it desperately tries to save cash during the coronavirus crisis, report The Sydney Morning Herald’s Patrick Hatch and Tom Decent.

The airline said on Wednesday it would provide “in-kind support” to Cricket Australia and the Football Federation Australia, such as free flights and marketing, but would not pay any sponsorship fees for the next 12 months.

Qantas said it would continue its association with the Australian Olympic Committee and Paralympics Australia, and intended to fly the teams to the rescheduled Tokyo Games in 2021.

Qantas said it had also ended several of its arts and community sponsorship agreements, but would continue its partnership with the National Gallery of Australia and Museum of Contemporary Art.