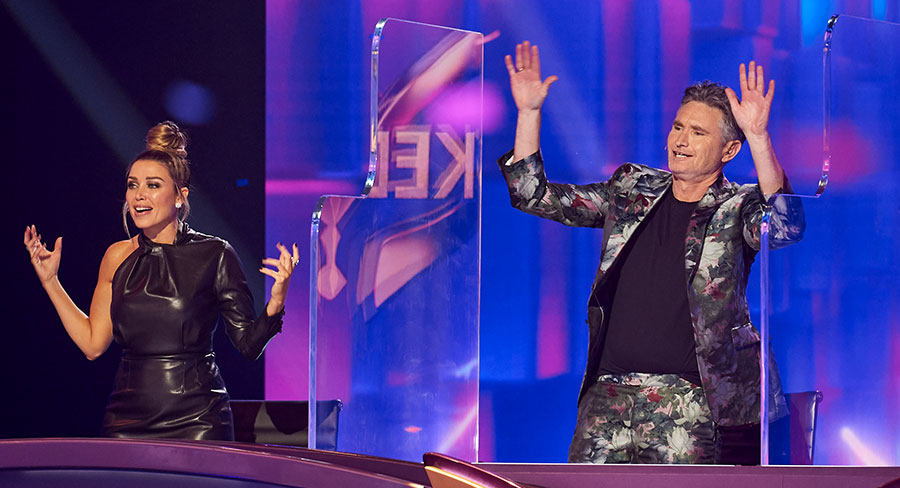 We called ourselves “the bargaining chips” — three Australian journalists suddenly enlisted in the no-holds-barred wrestling match between China and its largest iron ore supplier, Australia, reports The Australian’s China correspondent Will Glasgow.

That was before the feared Ministry of State Security knocked on the door of ABC correspondent Bill Birtles’s apartment in Sanlitun, near our favourite Beijing pub, Jing-A, the place we gathered when Phil Wen was kicked out of the country back in February.

Before Mike Smith, The Australian Financial Review’s man in Shanghai, had a similar knock on the door of the palatial Spanish colonial residence in the French Concession that made him the envy of the other two Australian foreign correspondents in China.

Back in Sydney, Wednesday was less dramatic for me. Thursday too, although it was a bit weird that Bill and Mike weren’t taking calls like they usually did.

I was booked to return to China on Sunday. I was completely in the dark about what was going on with Bill and Mike.

But, seriously, why had DFAT suddenly become so insistent that I sit it out for a week until they learned more about my friend Lei’s case? It’s all a lot clearer now.

Crackdown on journalists leaves us in the dark on China

The loss of Australia’s entire corps of journalists covering China reduces the relationship immeasurably. Surprisingly few people in Australian public life in any institutions have spent time living or working in China — or in Asia generally, reports Rowan Callick in The Australian.

Thus we have become all the more dependent on Australian correspondents acting as our ears and eyes in finding out what’s happening in the People’s Republic, and explaining why.

Since the days of Mao Zedong, after whom the PRC “opened its doors” to reform and to the wider world, Australian media organisations have deployed a distinguished cohort to cover events there. They have included Robert Thomson, the worldwide chief executive of News Corporation; Richard McGregor, who is now a senior fellow at the Lowy Institute; and Stephen McDonell, who made his name with the ABC and is now a prominent BBC journalist still based in Beijing.

But earlier this year, two other prominent Australian journalists working for international media – The Wall Street Journal’s Phil Wen, and The New York Times’s Chris Buckley, the doyen of Aussies covering China – were forced to leave as their visas were cut short or not renewed.

I feared being ‘disappeared’: Inside my escape from China

It was well after midnight when officers from China’s intelligence, security and secret police agency came knocking at my door, writes The AFR’s China correspondent Michael Smith about the events leading up to his departure this week.

The heavy pounding woke me from a deep sleep and I raced downstairs thinking it must be a friend or neighbour in trouble.

Instead, six uniformed officers from the Ministry of State Security and a translator were squeezed on my front porch. The man at the front showed me his badge, asked my name and demanded to come inside.

They ushered me into my lounge room where I sat on the couch dressed in my boxer shorts surrounded by these unwelcome visitors. One officer filmed me on a large camera that would have looked more at home in a television studio. A spotlight shone in my eyes.

The former prime minister Kevin Rudd has called on the Morrison government to intervene to support the philanthropically funded newswire service, Australian Associated Press 2.0, warning that the diversity of Australia’s media is at stake, reports Guardian Australia‘s Anne Davies.

The head of Australia’s competition watchdog, Rod Sims, also said he would be watching closely to ensure News Corp Australia does not abuse its market power when it launches a rival service after its non-compete clause ends in five months’ time.

“No government should let a single company control the biggest newspapers in every capital city bar one, plus a television station, plus the national newswire,” Rudd said. “Let alone an American billionaire like Murdoch …

“Rupert Murdoch has no interest in Australians having diverse sources of media. He is an instinctive monopolist.”

Rudd said he feared News wanted to “finish the job” of killing the AAP newswire by launching its own.

“And what will Morrison’s Liberals do about this? Nothing. Why? Because Murdoch runs their protection racket.”

Adelaide radio presenter Jarrod Walsh has bid an emotional goodbye to his listeners after revealing he will leave Nova and FIVEaa, reports News Corp’s Antimo Iannella.

The popular afternoons presenter and sports show anchor announced on YouTube this afternoon that he was recently made redundant and had his last day on-air today.

“I did have a hunch that it was a going to happen that I was going to get the tap on the shoulder like so many people in 2020. I was preparing myself mentally but I think all the preparing you do, nothing can prepare you to hear those words,” he said, fighting back tears at times.

“There’s a range of emotions: fear, sadness, anxiety… my hands have been randomly shaking for the past couple of days.

“I haven’t really been given the opportunity to say farewell and thank you on the air so I’m going to do that here and I’m going to try and hold it together.”

Walsh was one of several redundancies around the network with the COVID-19 pandemic hitting the media industry hard.

Walsh said he was also grateful for the support of Nova, where he started as a Casanova street team member in 2004.

“Nova has been absolutely brilliant to me and I couldn’t speak more highly of the company,” he said.

Just hours before the final episode was due to shoot last month, a crew member tested positive to the virus, forcing the immediate shutdown of the Docklands Studios set and almost 300 cast and crew to self-isolate for 14 days. A total of 17 infections have been linked to the production.

Producers will wrap filming of The Masked Singer‘s current season on Tuesday evening, albeit not in the way they’d initially planned.

With cast and crew eager to see their families after being quarantined in Victoria for 14 days, producers allowed Sydney residents – including host Osher Gunsberg and judge Jackie O – to return home as long as they tested negative at the end of their isolation period.

While a NSW Health spokeswoman confirmed that these individuals were not required to self-isolate again in NSW, comedian and judge Urzila Carlson wasn’t so lucky. Having just returned to New Zealand, where she lives with her wife and two children, she must now complete a further 14 days in quarantine.

From her hotel room in Auckland, Carlson has dialled in to the taping of the last episode via a video program on her laptop. Gunsberg and Jackie O are filming inside a Sydney studio while judges Dave Hughes and Dannii Minogue have returned to the show’s Melbourne set, where the remaining elaborately-disguised contestants (Queen, Bushranger and Frillneck) are battling for the top spot.

All staff at the company’s Southbank offices, which is also the home of radio station SEN, have been ordered to be urgently tested.

This comes after last week where an SEN employee’s positive test forced Daisy Pearce to withdraw from her Friday night commentary duties as a precaution after being in the same studio.

A spokesperson for Crocmedia confirmed the second positive case at SEN in a statement provided to the Herald Sun on Tuesday afternoon.

“Our broadcast services will continue to operate under COVID-safe guidelines – with most of our Melbourne-based on-air talent broadcasting from home studios as well as the utilisation of other inter-state offices and studios as required.”

David Warner did not appear in the Big Bash League for a stretch of more than five years. Neither Steve Smith nor Josh Hazlewood had appeared for five until last season. Yet only now does Seven express concerns about dilution of quality in the coming summer’s competition. Diluted from what? asks The Age’s Greg Baum.

From day dot, Australia’s best cricketers turned up only sometimes in the Big Bash. Mostly, they were on assignment with Australia, or resting up between national team engagements.

Even when they did play, they were only sometimes stars. They appeared, and disappeared. Marnus Labuschagne was dropped one night by Brisbane Heat while he was a Test player.

This was the BBL, a different game played by different players. Ben Laughlin and Chris Lynn dominated, Brad Hogg and George Bailey charmed. It was what it was, and for a long time, that was plenty enough for fans and broadcasters. But no more, says Seven.

Seven boss James Warburton says pandemic arrangements stand to thin out the talent pool in the BBL so much this year that they might as well go televise grade cricket.

What does he think they were televising last year, and year before? What does he think previous broadcasters were putting to air in the period when Craig Simmons was the star turn of the BBL show? Did Seven ever look under the bonnet? Did they look at the vehicle at all?