AAP discusses potential sale of the business to interested parties

Management of Australian Associated Press are in talks with several parties who have expressed an interest in buying the entire business that was set to close in June after 85 years of operation, reports The Australian’s Leo Shanahan.

AAP’s chief executive Bruce Davidson sent a note to staff on Thursday notifying them that the newswire has been approached in recent days by several unidentified parties interested in buying the newswire service, as well as the profitable arms of the business Pagemasters and Medianet.

“This development was not expected by either management, the AAP Board or the AAP shareholders. AAP’s shareholders have now asked me to enter into discussions with the interested parties to determine if any of these approaches offer a credible and sustainable future for AAP,” he wrote to staff.

Davidson said he was not at liberty to identify the interested parties “due to confidentiality commitments” although it is understood that the potential buyers could represent wealthy private family interests.

However The Australian understands any new owner of AAP would very likely have to do without their two biggest clients and current majority shareholders Nine Entertainment and News Corp (publisher of The Australian) as customers.

The Australian Communications and Media Authority (ACMA) has taken action against Nine for breaching gambling advertising rules during online streams of the 2019 NRL State of Origin.

An ACMA investigation found Nine aired gambling advertisements during the pre-game programming for State of Origin Games 1 and 2 on its streaming platform 9Now. 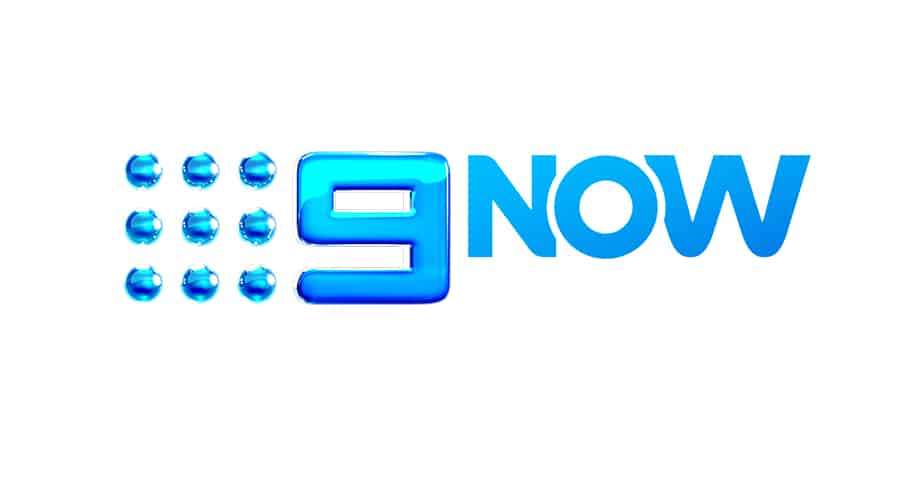 Under gambling advertising rules, restrictions start five minutes before ‘kick-off’ if the broadcaster lets viewers know when the game starts at least 24 hours in advance. In this case, Nine did not do this, so the rules applied five minutes before the pre-game coverage.

ACMA chair Nerida O’Loughlin said the rules prohibit all gambling advertising during live sport streamed online between 5.00 am and 8.30 pm.

“I hope this sends a message to all streaming services that this is something they need to get right,” O’Loughlin said.

“One of the reasons these rules are in place is to allow families to watch live sport without exposing children to gambling.”

The ACMA has issued Nine with a remedial direction requiring it to conduct staff training on the rules for gambling advertising on online platforms, and to submit two written reports showing compliance with the rules over the next 12 months.

In the event that Nine does not comply with the remedial direction, the ACMA may seek penalties of up to $420,000.

Foxtel is offering AFL and NRL ticketed members its sport streaming service Kayo for $5 for two months as the sports prepare to continue their seasons without any fans at stadiums amid the spread of COVID-19 in Australia, reports The AFR’s Max Mason.

Foxtel has been working with the AFL, NRL and their respective clubs about how fans could still access all games. Kayo’s basic package is normally $25 per month. Nine and Seven have free-to-air broadcast rights to NRL and AFL respectively. However, they do not have rights to every game, while Foxtel and its subsidiary Kayo do.

The AFL and NRL both confirmed they had reached agreements with Foxtel and their clubs have now sent information out to members.

As of February 5, Kayo has more than 370,000 paying subscribers, a slide from 402,000 as of November 5. News Corp chief executive Robert Thomson said at the company’s results in February it expected a pick-up in subscribers in the NRL and AFL seasons.

Event companies big and small are under pressure as coronavirus precautions wrecks havoc across all industries. In the media sector the flourishing event space is being hit hard with closures impacting both the big and the boutique.

At the big end of town, Mumbrella announced midweek that it was postponing everything. Co-founder Tim Burrowes explained in a post this week:

We’re postponing Mumbrella360. And CommsCon. And Audioland. And pretty much everything else we’ve got planned for the next six months too. 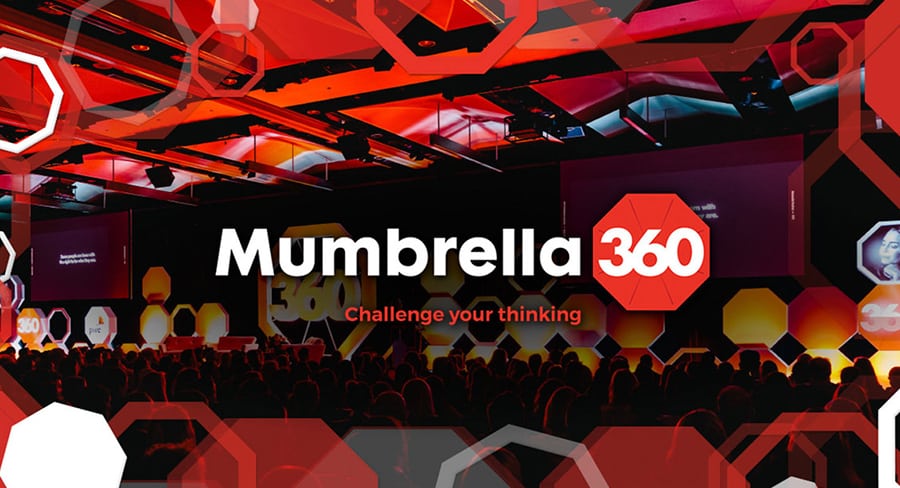 Financially, Mumbrella’s business model is more than 50% based on our events portfolio.

If this had happened three or four years ago, it might have killed the company.

We’re about to have a very tough year.

But we’re fortunate, because it will still be much better for us than many will experience. Many of those who read Mumbrella are in industries in situations where their employers may well go out of business and many jobs will be lost. For the media and marketing. world, it’s a far more desperate situation the GFC felt a decade ago.

Mumbrella is fortunate to have been acquired by a privately owned family firm, Diversified Communications, back in late 2017.

Diversified takes a long-term view and is in a strong financial position.

At the boutique end of the events business, the second year of Perth’s State of Social is now rescheduled for November 2020. 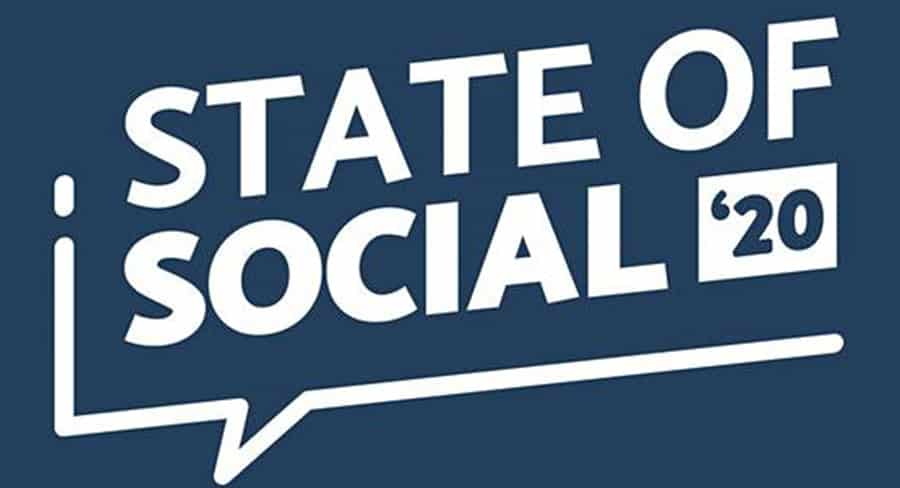 We held on as long as we could, but now we must face the inevitable.

Rest assured, your health and well-being, along with our staff and volunteers, has been and always will be our single most important priority.

We said that if the situation changed, we would too. Unfortunately, since our last statement to you, things have changed a lot. And continue to escalate. 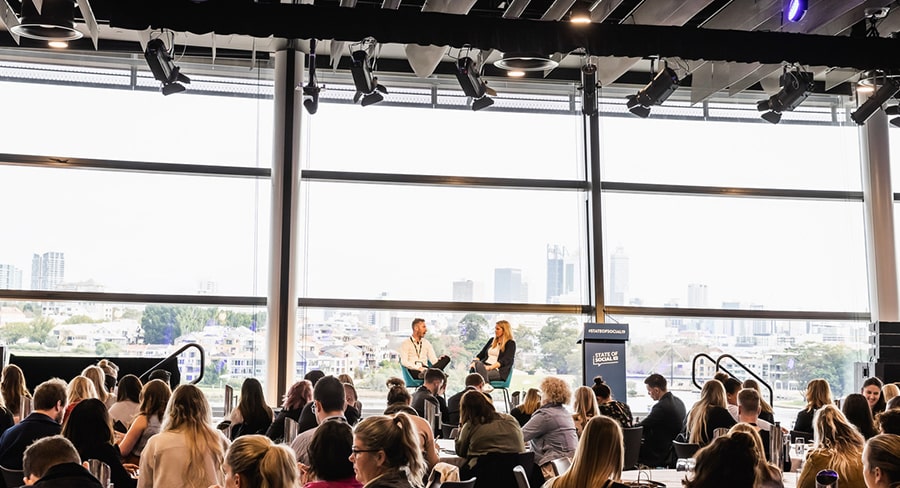 Given the gravity of current circumstances, and in the interests of everyone’s health and well-being, we’ve made the difficult but important decision to postpone State of Social ’20.

We are lucky to work with an amazing team at Optus Stadium and have been able to secure two awesome days in November 2020. So it’s not over, it’s just running a bit late.

Not all events are off: Screen industry Masterclass for women online

The Dame Changer organisation is showing Australian women working in film and television how to stay in the professional spotlight with a brand building masterclass as part of its 2020 member series. The event will be now be held in a special online session.

The Power of Visibility Masterclass – a two-hour online session to help them elevate their profile and accelerate career success – will be run by Karen Eck, founder of eckfactor, an entertainment, consumer and celebrity brand PR agency, on Saturday, March 28 from 2.00pm – 4.00pm (AEDT).

Karen Eck has been a driving force behind hundreds of brand and professional profiles in her 25-year career as a TV publicist, PR strategist and talent manager. She has worked with some of the biggest names in the industry including Oprah Winfrey, Donald Trump (as a touring TV Star, not in the White House!) and Mark Burnett, creator of Survivor and Eco-Challenge.

Karen Eck said a dedicated focus on your professional brand is critical to longevity in the entertainment industry.

“My message to the Australian women working behind-the-scenes in film and television is to be viable, not invisible – stop underselling yourself and start getting what you want,” Eck said.

Karen Eck’s masterclass will focus on how to self-promote with confidence and resilience; how to get cut-through from publicity that works; the real value of building an online presence and how to start or build a strategy; collaborating for brand success using free resources; and how to create an action plan that is relevant, achievable and sustainable.

Walkerden was the Brisbane general manager of station 106.9 as well as Nova’s program director and head of podcasting.

His axing follows an internal investigation after an alleged confrontation involving a male announcer on 106.9’s Ash, Kip and Luttsy with Susie O’Neill breakfast show when the crew was on a Californian trip in late February.

Walkerden told The Courier-Mail: “It was personally and professionally devastating to receive an email informing me that my time was up at Nova.

“I am proud of the work, results and leadership demonstrated over nine fantastic years with Nova in Brisbane and have always acted with integrity and empathy with our on and off air teams and clients.”

The Courier-Mail, which broke the news of the investigation into Walkerden earlier this month, understands that complaints from three Nova employees triggered the probe.

Australian Survivor is the latest show to face upheaval due to the coronavirus epidemic, reports TV Tonight.

Another 2020 season, due to begin filming in Fiji from April, has been postponed.

Today the government announced a closure of the borders to all non-residents coming to Australia, effective 9pm Friday March 20. It follows a 14 day self-isolation rule for all international arrivals.

A Network 10 spokesperson said in a statement, “Following the Australian Government’s latest advice on overseas travel, plus discussions with the Fijian Government, production of the new season of Australian Survivor has been postponed.

“While this news is disappointing, the health and safety of everyone involved with the show is our number one priority. We will update everyone on when production will start as soon as we can.”

Host Jonathan LaPaglia is already out for the Australian Survivor: Reunion, due to conclude the current season, with Osher Günsberg stepping in – LaPaglia will appear from LA.

Like all networks, 10’s production slate is being heavily impacted by coronavirus measures including changes to The Amazing Race Australia and Neighbours.

Neighbours to resume filming today after only short break

TV Tonight reveals Neighbours will be back in front of the cameras from today.

Filming will recommence by splitting its crews and working within restricted zones.

Shooting was halted on Wednesday after a casual crew member came into contact with someone off set who had been diagnosed positive. The crew member has since tested negative.

Full cast and crew will resume from Monday working to new guidelines. But in a social-distancing challenge for all, cast will be forced to avoid intimate scenes – which is tricky even for a PG soap.

Playboy magazine is closing down, probably for good

Playboy has announced that it’s closing down its flagship magazine for the rest of 2020, reports New York magazine. It seems unlikely, given the wording of the announcement and the state of print magazine-making, that it will ever return.

It’s not a surprise, exactly – its circulation and advertising drooped long ago, accelerating as the nudie pictures for which it was celebrated became available everywhere for free. Hugh Marston Hefner, its founder/editor/latter-day reality-show star/loungewear enthusiast, died in 2017, as his faded empire contracted around him, and one got the sense that the magazine was kept going partly because nobody wanted Hef to outlive it.

With the NRL going into complete lockdown for Round 2 thanks to the COVID-19 pandemic, ANZ Stadium security for the opening clash between Canterbury and North Queensland was tighter than that mate who wants to go sixth in a shout of five, reports News Corp’s Nick Walshaw.

Already, fans had been told to stay away.

Arriving at Homebush some 90 minutes before kick off to cover the match, I felt good.

Which is why, after having my backpack checked by the two security staff guarding the sole entry into the venue, I easily passed the first two questions thrown my way.

“Have you been exposed to anyone with the coronavirus?”.

But then, question three.

And so at this point, I had to explain how, yeah, I’d only got back into Sydney nine days earlier from Las Vegas, having covered the UFC 248 headliner between Israel Adesanya and Yoel Romero.