Singapore’s Mediacorp is repositioning its okto channel with boosted children’s and sports programs. Premium sports programming will be shown on the new oktoSports, aimed at sports fans aged 18 to 39, with local and international events. School sports will also feature strongly.

Children aged 4 to 6 will be catered for on okto jr, with more than half its programming being original local content. This includes Singapore’s first bilingual show for pre-schoolers. Programs will also run for school-going kids in the 7 to 12 years age bracket.

The company also publishes Post Today and M2F newspapers, Student Weekly and leading magazines such as Forbes, Elle and Cleo. 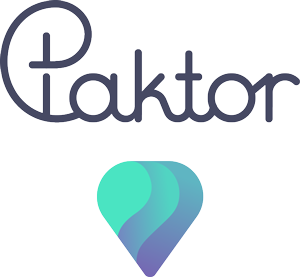 Singapore-based Paktor Group, which publishes the top dating app in Singapore, Taiwan, Vietnam and South Korea, has moved into live-streaming and media content in a merger deal with Taiwanese live-streamer startup 17 Media.

17 Media claims to have the top live streaming app in Taiwan and Hong Kong, and is among the top three in Indonesia, Singapore, Malaysia and Thailand. It has 50,000 active broadcasters streaming on its platform. The merger of Paktor and 17 Media has created a new company called M17 Entertainment.

A media release said that M17 is ready to be the largest social entertainment company in Asia, with a 200-strong team and the combined assets of Paktor Group and 17 Media.

Netflix is making inroads into two Asian markets that had been denied to it – China and Indonesia. In China Netflix has signed a content licensing agreement with leading online video platform iQiyi for a subset of its original series.

In Indonesia, Netflix is negotiating a partnership with the country’s leading telecom firm Telekomunikasi Indonesia to launch its service. Last year, Netflix ran afoul of the film censorship board for running programs deemed inappropriately violent or sexual. The communications ministry of Indonesia also demanded that Netflix set up a local office and pay local taxes. Global production company Endemol Shine Group and South Korea’s leading producer and broadcaster JTBC have signed off on a co-development partnership to jointly create, produce and distribute formats for the international market.

Development of an original non-scripted series is already under way, led by Fotini Paraskakis, managing director of Asian Operations and Lisa Perrin, CEO of Creative Networks at Endemol Shine Group, together with Su Young Lee, director of corporate strategy and programming and Seung Wook Cho, chief producer at JTBC.

China will update internet regulations to tighten control over online news. This will be the first major overhaul of the regulations in 12 years and will consolidate rules regarding internet and social media formats. All online news broadcasters will now be required to obtain government licences.

Southeast Asia’s first eSports channel, Malaysian-based eGG Network, has now expanded its reach into six regional countries, following deals in the Philippines, Singapore and Indonesia. The channel, launched last year, already has a presence in Malaysia, Brunei and Australia where it launched on Fetch TV in December 2016.

Astro Malaysia and Turner Asia Pacific said they are “widening their collaboration” and this includes forming a joint venture on Warner TV with co-ownership, co-production of Asian content for global reach, distribution of Astro content, and carriage of the channel on Astro and its OTT service Tribe.

As part of its aim to be a major player in Asian content over the next five years, Astro has also formed a partnership with CJ E&M, South Korea’s leading Korean content and media company.

Astro has formed partnerships to create Asian content in several other regional countries including Indonesia, Thailand, Singapore, the Philippines, China and India.

Last August, Discovery took a minority investment in VS Media, a leading multichannel network that has more than 120 million subscribers and serves 320 million video views a month. VS and Discovery are now launching Tan Ba, a digital brand specifically targeting the millennials that make up over a quarter of the Chinese population, and delivering “smart entertainment” through highly customised short-form video.

In Japan, Discovery has partnered with Tabilabo, a rapidly expanding digital media business that was started in 2014. It now has over nine million monthly active users and delivers high quality lifestyle-centric content.

Thailand’s OTT operators are set to be regulated after operating freely for years in an attempt to curb “out of control” online content. Colonel Natee Sukolrat, chairman of the National Broadcasting and Telecommunications Commission’s broadcasting committee, told the Bangkok Post that the board agreed to regulate OTT broadcasting services “because of the influence of the modern mass-media platform that reaches a large audience.” Such services include Netflix, iflix, Hollywood HDTV, PrimeTime, AIS Play and TrueVisions Anywhere.

• Mediacorp’s CEO Shaun Seow will be standing down to join parent company Temasek’s Telecom, Media and Technology investment team. He will continue as CEO and assist in the transition until September 30. Mediacorp’s board has started the search for his successor. • English-language news magazine Frontier Myanmar has recruited Thai media veteran Pichai Chuensuksawadi as an adviser. He was editor-in-chief of Thai media group Post Publishing from 2002 to 2016 and has twice been editor of the Bangkok Post. He is a board and executive committee member of WAN-IFRA and chaired its Asia Pacific Committee. He was also the 2016 Australian Alumni of the Year, an award backed by AustCham and the Australian Embassy.

• Michelin and the Tourism Authority of Thailand have signed a partnership for a Bangkok edition of the Michelin Guide. The Michelin Guide Bangkok 2018 is scheduled to be launched at the end of this year in a bilingual edition Thai and English edition, available in print and digital versions.

• A controversial media bill that aims to regulate the Thai media industry has caused a firestorm and on Tuesday this week the Prime Minister, General Prayut Chan-o-cha, promised to arrange a forum to hear the views of members of the media on the bill. On behalf of 30 media organisations, Pramed Lekpetch, president of the Thai Journalists Association, handed an open letter to the prime minister to ask him to exercise his powers to thwart the bill.

• The NewsAsia TV channel, now settled into its state-of-the-art newsroom at Mediacorp Campus, has launched a new website and apps for tablet and mobile devices.