Le Fevre, who among other things was the startup news editor for Computing Australia in the mid-1980s, said his news site specifically targets “the Asean Economic Community and those that are already doing business in the 10 member nations”.

He said he now wants to expand his editorial team, telling Mediaweek, “I then expect it will be a year before we have sufficient readership to think seriously about pursuing advertising and sponsors with an interest in supporting a publication reporting on policies and governance matters relevant to business owners in the Asean Economic Community.

“The current plan is to employ one native English speaking editor, a digital media specialist, and five full-time writers in Phnom Penh, as well as contributors throughout the region. We currently have two contributors in Vietnam, one in the Philippines and one in Thailand.”

The eight TV channels were removed from StarHub’s pay-TV service this week while two more channels – BabyTV and Hindi entertainment channel Life OK – will bite the dust on 30 June.

According to the Straits Times, Fox’s contract with StarHub is ending soon and Fion Yeo, general manager of Fox Networks Group Singapore, told the newspaper that “no agreement has been reached at this time” between the two parties over a renewal.

SCMP among winners at Society of Publishers

Many of the other awards went to the big international players in the region such as the International New York Times and the Wall Street Journal.

But smaller regional independents such as the Cambodia Daily, the Myanmar Times and Coconuts Media won top prizes with the Phnom Penh Post bagging an honourable mention.

Entrepreneur Magazine, a monthly publication that will profile startups in English and Myanmar and will pool industry knowledge to encourage more young people to set up their own businesses, launched in Yangon last week.

The publication is also Myanmar’s only magazine run by women.

Entrepreneur Magazine co-founder Ma Ei Mon Kyaing told the Myanmar Times, “We are totally new to this industry. As we are Myanmar girls lacking experience, no one believed in us. They thought it was impossible but we have proved them wrong.

“Due to the culture here, our parents didn’t approve of us doing this, so we had to do it secretly.”

Singapore-based Rewind Networks’ Hits TV will launch in Brunei on the Kristal Astro pay TV service from 1 July 2016. The channel will be in HD and subtitled in Bahasa Melayu.

Rewind Networks CEO Avi Himatsinghani said, “We have a great partnership with Astro and we’re excited to further build on the momentum we’ve achieved by launching on Kristal Astro.”

Hong Kong’s digital ad revenue will surpass TV for the first time next year, driven by online video streaming, according to PwC’s global entertainment and media outlook 2016-2020. The report claims Hong Kong’s internet advertising market will see a compound annual growth rate of 10.6% and the 2015 figure of US$650 million (A$880m) will be US$1.07 billion by 2020.

This growth will be boosted by advertisers targeting customers watching videos on their mobile phones. Traditionally strong Hong Kong TV advertising has decreased due to growing competition from digital media and falling retail spending by mainland Chinese tourists.

Social media ad spend in Thailand is estimated at around US$1 billion (A$1.36b) according to Optimum Media Direction (Thailand,) with most of this spend aimed at mobile screens.

Facebook is the most popular social medium in Thailand with more than 30 million users compared with the country’s population of more than 60 million, followed by Line and YouTube.
According to Nielsen (Thailand), advertising expenditure last year rose to 122 billion baht (A$166b) , up 3.3% from 2014.

In Thailand, TV accounts for more than half of the country’s total ad spending.

HOOQ, the video-on-demand service set up by Singapore’s Singtel, Sony Pictures Television and Warner Bros Entertainment, has announced that first cab off the rank of its new content to be rolled out this year will be an original miniseries.

HOOQ has signed a co-production deal with digital lifestyle propeller Globe Telecom and independent studio Reality Entertainment for the production of a miniseries titled, On The Job.

The six-episode story, which will debut in the fourth quarter of this year, is a take-off of the multi-award winning Filipino crime thriller.

HOOQ’s 180,000-plus active subscribers will now also be able to access interviews, extra footage, and deleted scenes from Ghostbusters and Ghostbusters II for the first time on a SVOD platform. Subscribers signing up for a new account before 24 June will get a chance to watch the world premiere with theGhostbusters stars in Hollywood this July.

iflix said hundreds of hours of TV programming from NBCU’s portfolio would be added to its vast library, including more than 20 first-run TV shows and popular catalogue titles.

Iflix now has exclusive premiere rights in the region to top NBCU TV series Mr Robot – which it acquired last year –  plus Difficult People and Hunters, and The Magicians which is based on Lev Grossman’s best-selling novels. iflix will feature new series The Magicians this month. 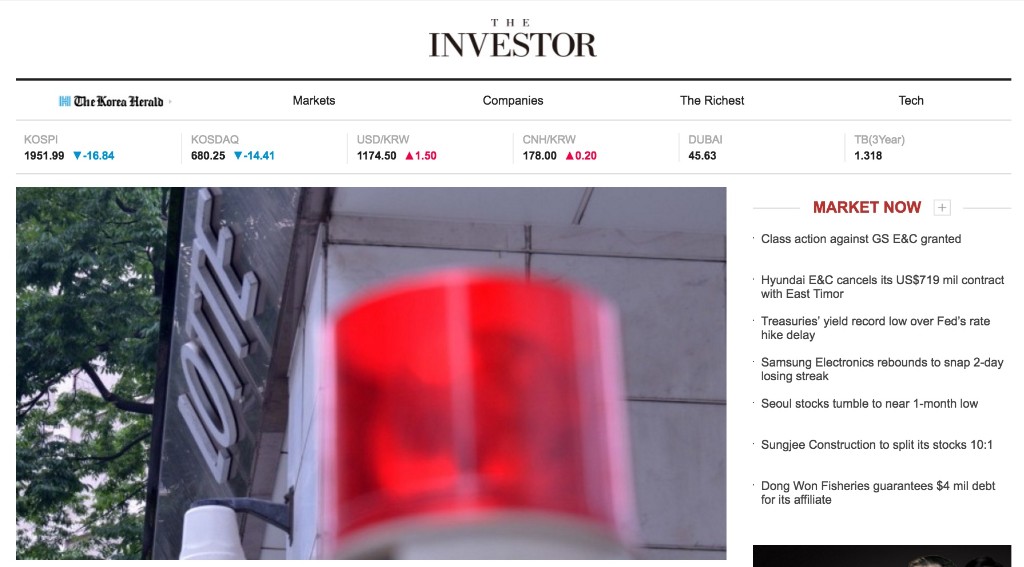 Foreign investments comprise around 50% of ownership in major conglomerates in Korea. Despite significant inflows of foreign capital, solid analysis in English on Korea’s business news is lacking.

The Investor will combine The Korea Herald’s English news reporting expertise and its sister paper Herald Business’ sources, and will also feature in-depth analysis of more than 300 listed companies, dissecting their corporate governance and structure.

Extensive profiles will also be published of the 300 richest people in Korea who control a staggering portion of the Asia’s fourth largest economy.

•  Netflix is hiring staff in South Korea to strengthen its presence in the market. The company recently posted four job openings on its own website and LinkedIn, including senior software engineer, partner marketing manager, integrated producer and business development director. According to The Investor, Netflix has sought ties with Korean partners ranging from TV makers such as Samsung and LG to Internet-TV operators and telecom carriers.

•  A senior official from the Indonesian Muslim Scholars Association attracted widespread condemnation on social media after suggesting the government should ban Google and YouTube to tackle the increase in sexual violence against children. Indonesian Vice President Jusuf Kalla publicly rejected calls to block Google and YouTube.

•  Bangkok-based social media app Getmii is negotiating talks with leading venture capital funds to secure over US$10 million (A$13.4 million) at the end of this year. This app allows users to voice what they are looking for to 1,000 people who download this app and are nearest to them at that moment.

•  Thailand’s broadcast regulator has warned TV companies that they must strictly comply with ad limit regulations. Free-to-air analogue and digital TV operators are allowed no more than 12 minutes per hour of advertising time, while pay TV channels are allowed only six minutes per hour.  Product placements during TV shows are not subject to control.