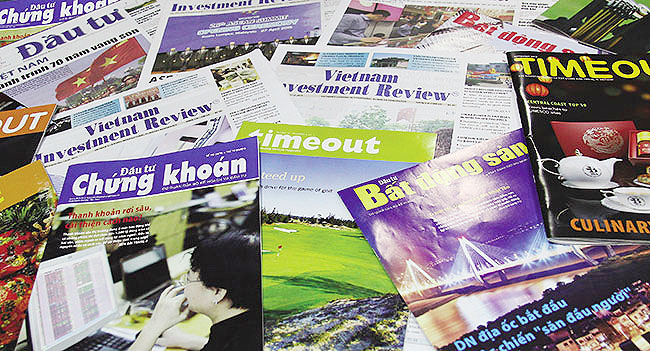 Peter Olszewski rounds up Asia’s media news for the week.

The Vietnam Investment Review, originally an Australian startup and at one stage owned by the Packer family, is celebrating its 24th anniversary all this week.

In an editor’s letter honouring the occasion, editor-in-chief Nguyen Anh Tuan said, “As one of the first press organisations established during the early days of the country’s open-door and reform process, we have distinguished ourselves from other Vietnamese newspapers by tirelessly digging deeper into burning economic issues, and conveying valid public opinions to policymakers so as to better shape the nation’s future development.”

The Vietnam Investment Review rolled off the presses on September 27, 1991 with two Australians – Ross Dunkley and Chris Dawe – at the helm.

The company also signed a first-ever television deal with Hanoi Television (HTV) to provide programming, translations and to sell advertising.

In 1993, the company was put up for sale and there were two serious contenders – Rupert Murdoch and Kerry Packer.

Murdoch flew into Hanoi for a meeting and Kerry Packer sent his son James.

The Vietnam Prime Minister’s department ruled that Murdoch wasn’t a suitable partner, and James Packer clinched the sale. But unable to make money and to get the right TV deals, Packer later pulled out and the Ministry of Planning and Investment became the owners.

Dunkley later cofounded the Myanmar Times and oversaw the purchase of the Phnom Penh Post where Chris Dawe is now CEO.

Ad dollars dropping in Thailand too

The Bangkok Entertainment Company reports that revenue from its flagship television station, Channel 3, will decline by 5-10%.

This, according to The Nation newspaper, is mainly due to the Thai economic slowdown and intense competition from new terrestrial-based digital-TV outfits.

On Wednesday, BEC executive vice president Surin Krittiyaphongphun said, “This year will possibly be the worst scenario in the past decade for us.”

One of Thailand’s biggest ad spenders is Unilever,  accounting for about 6% of the industry’s revenue.

According to Nielsen (Thailand), Unilever (Thai) Holdings’ ad spend for the first eight months of this year was down 7.32% from the same period last year.

Krittiyaphongphun also noted that ad spend on analog TV channels was down by almost 9% for the first eight months.

Malaysia’s The Edge Communications is publishing again after the High Court this week quashed the Home Ministry’s decision to suspend its two publications – The Edge Financial Daily and The Edge Weekly.

A three-month ban had been imposed on the media group by the government in July over its reporting on financial irregularities linked to Prime Minister Najib Razak. The Home Ministry claimed the reporting threatened “public order”.

Malaysian High Court ordered the three-month suspension lifted and ordered the Home Ministry to pay RM15,000 (A$4,930) in costs to the publication company.

ABC’s Australia Plus reached Vietnam in time for Grand Final 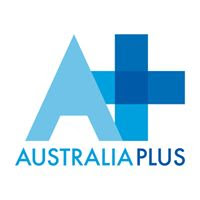 The ABC’s Australia Plus Television service is available in Vietnam as of this week via VTV Cable channel 199 and ONEtv channel 177.

The introduction of the service coincides with the broadcast of the AFL Grand Final next week and ABC International CEO Lynley Marshall said Australian expats will now have more opportunities to connect with home particularly during key national occasions such as the AFL Grand Final, Carols from the Domain and Sydney New Year’s Eve celebrations.

Marshall also said that launching Australia Plus Television in Vietnam has been a key priority in communicating with the Vietnamese people.

VTV Cable and ONEtv join ABC International’s regional distribution network which includes NowTV in Hong Kong, Astro and TM Net in Malaysia, Singtel and Starhub in Singapore, Indovision and Telkomvision in Indonesia, True Visions and Thai Cable Holdings in Thailand and Dream plus Sky Cable and Cignal in the Philippines.

Two journalists from Beijing-based Caixin Media Company are among 12 finalists in the sixth Global Shining Light Award, which honors investigative journalism in developing or transitioning countries.

The award is sponsored by the Global Investigative Journalism Network, an association of 118 nonprofit organisations in 54 countries.

Southeast Asian Netflix clone, iFlix, is now available in Thailand and for 100 baht (A$4) a month, consumers are promised unlimited access to tens of thousands of hours of popular Hollywood, international, Asian language and local content from over 50 leading studios and distributors including Fox, Disney, Paramount, Warner Bros., MGM, Cartoon Network, CBS, BBC, Starz, Redbull TV and KBS. Users can access iFlix on up to five devices of their choice.

The company has additionally secured first-run rights to the second installment of Fargo, less than 24 hours after the initial US premiere on October 12.

Malaysia’s Catcha Group first announced iFlix in March and began rolling it out almost immediately with US$30 million pre-launch funding coming from Catcha and a Philippines telecom conglomerate, PLDT.

• The New York Times’ local printer in Thailand refused to print its Asia edition on Tuesday because it featured a front page article on the ailing king that was deemed “too sensitive”.
• Vietnamese blogger Tạ Phong Tần, a former policewoman and co-founder of the Free Journalists Club, was released after three years in prison on an anti-state propaganda charge. On July 20, 2012 her mother set fire to herself and died in protest against Tan’s detention. On release, Tan immediately flew to Los Angeles.
• The Indonesian Press Council claims that a new Transport Ministry regulation might limit journalists’ use of photos and video footage. According to the Jakarta Post, “Drones have been widely used by journalists to take quality aerial imagery or video.”
• The top three markets where Instagram ranks #1 in social media are all in Asia – Hong Kong, Taiwan, and Thailand.