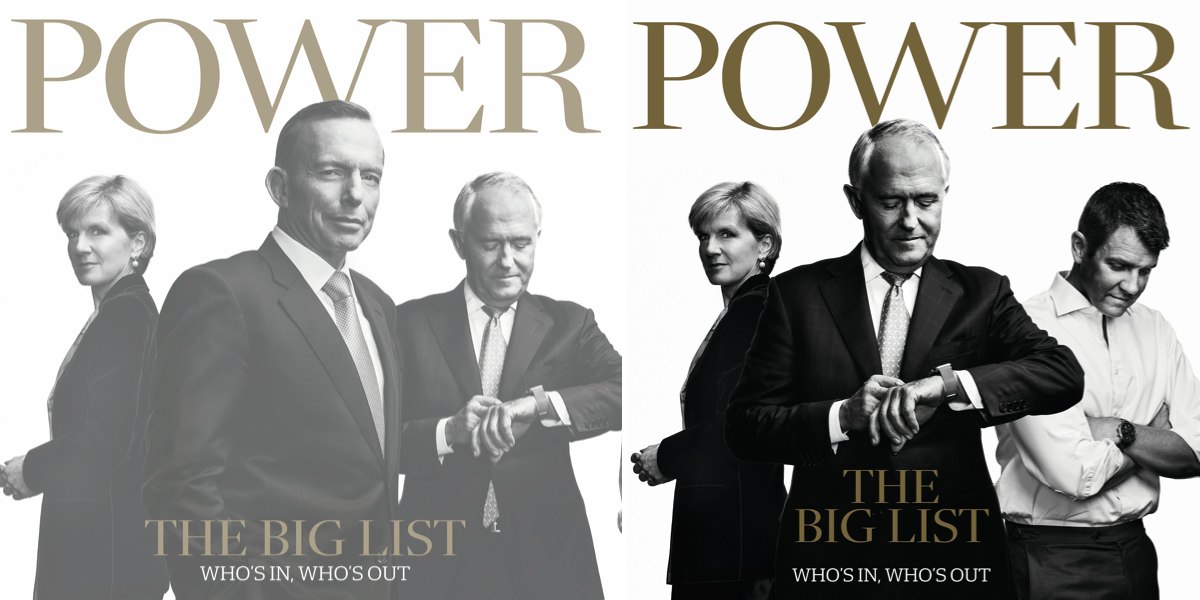 The annual AFR Magazine Power issue is out today celebrating 15 years as the pre-eminent authority on Australia’s powerbrokers.
The issue contains three key lists of the most powerful people in Australia, plus eight smaller lists of leaders by industry sector.
Newly minted Prime Minister Malcolm Turnbull takes out top honours, with his new role as the nation’s leader seeing him make an eleventh hour move to the top of the Overt list of Australian powerbrokers.
Before the leadership spill, Turnbull was #6 on the Overt list and Tony Abbott was #1.
Mike Baird remains at #2, while Julie Bishop has risen to #3 on the new list (jumping 10 places from #13). New treasurer Scott Morrison has risen from #15 on the original list to #6 on the new list, while opposition leader Bill Shorten retained his spot at #8 on the list.
The AFR Magazine editor Katrina Strickland says, “This year more than ever the Power issue highlights the cross roads that Australian culture is at. The uncomfortable issues that have dominated Australia’s cultural debate over the past 12 months, from child abuse and domestic violence to racism and terrorism, have shaped the Cultural list. And of course Malcolm Turnbull’s leadership coup, that led to us changing our cover and updating the Overt list after the magazine had gone to print, highlights the changing face of Australian politics.” 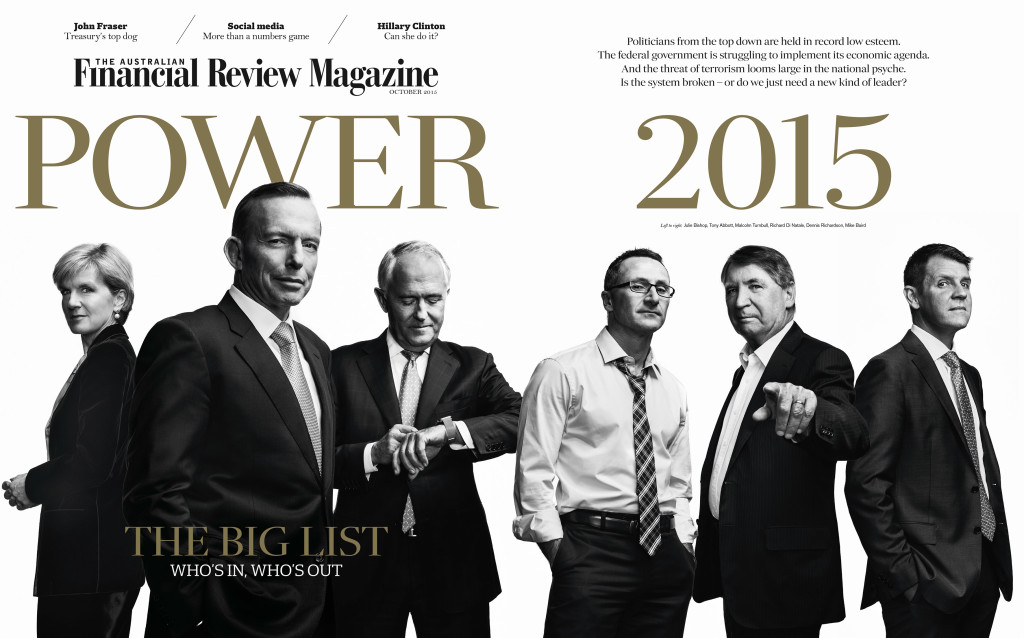 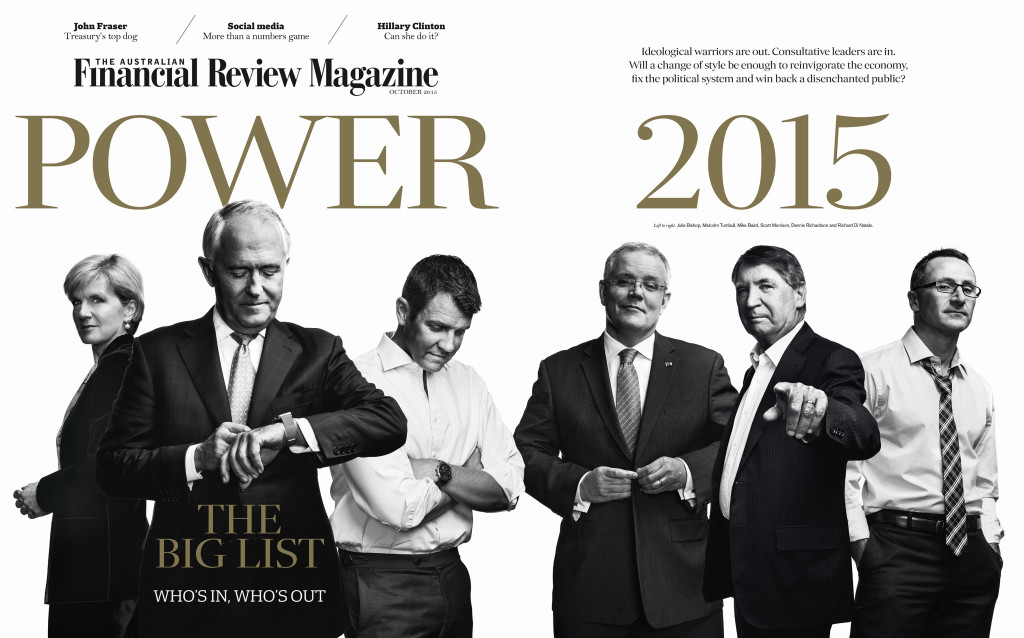