Mediacorp in Singapore will shut down its 13-year-old indie radio station Lush 99.5FM on September 1 this year, as part of a rationalisation of its network of radio stations. Lush built a niche following since its launch in 2004 but recently the station’s listenership has been steadily declining to its most recent figure of 50,000 listeners. Mediacorp said despite efforts to improve listenership, Lush continues to consistently garner the lowest audience among its radio stations. 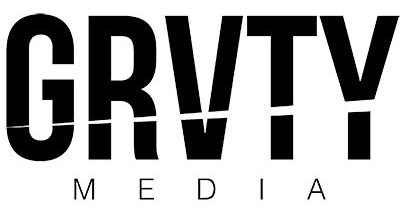 Singapore-based Grvty Media, which published a range of portals targeting millennials, has raised S$1 million (A$927,000) from Spout Entertainment Group, a company that nurtures eSports in Southeast Asia. Grvty is as three-month-old startup that claims it was profitable from day one. It creates revenue via branded content and agency work and publishes six online publications in Singapore and Malaysia. The titles are Vulcan Post, covering tech and digital lifestyle news for consumers, Discover SG, Discover KL, The Playbook, Millennials of Singapore, and Millennials of Kuala Lumpur. 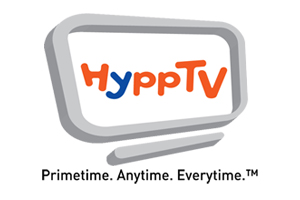 Viacom International Media Networks and HyppTV, a Malaysian IPTV service, will collaborate to launch Paramount Channel in Malaysia. Two more Viacom channels, MTV Asia and Nickelodeon, will also join the HyppTV service from August 1 2017, as part of the same agreement. This will extend Viacom’s channels on the platform to five, and they will all be also available on HyppTV’s mobile app, HyppTV Everywhere. In Malaysia Viacom and Solar Entertainment Corporation, a Philippine TV network and content provider, will collaborate to launch a new MTV channel, MTVph in the Philippines on August 1. The 24-hour youth entertainment network is currently available in the Philippines through an MTV Asia feed.

Filipino billionaire Ramon Ang will buy a majority stake in one of the Philippine’s biggest media firms, the Inquirer group of companies. Ang is buying the Prieto family’s controlling stake in Philippine Daily Inquirer, one of the country’s top three newspapers by circulation. Its coverage of the government’s war on drugs has brought the newspaper repeated aggravation from President Rodrigo Duterte over perceived bias. Duterte called the newspaper and a local TV network “sons of whores”. The value of the transaction has not been confirmed, as Ang is yet to undertake due diligence on the company, which also owns tabloid newspapers and a radio station. Two years ago, Ang’s attempted buy-in deal with a major local commercial broadcast television and radio conglomerate, GMA Network, failed.

Singapore Press Holdings’ third-quarter net profit for the three months ended May 31 fell 45.2% YOY to S$28.9 million (A$27m). The company said the profit slump was mainly due to impairment charges, or the writing off worthless goodwill, of $37.8m from its magazine sector business which “continued to deteriorate further amid unfavourable market conditions”. The company’s media business, which continued to be hurt by the disruption of the industry and a muted economic environment, also slumped again and had a 15.7% or $34.1m YOY fall in operating revenue, as ad revenue fell by $29.2m or 18.7%, and circulation revenue dropped $4.8m or 10.6%.

Hong Kong media mogul and Apple Daily publisher Jimmy Lai has sold his flagship, Next Magazine, and four other titles – Sudden Weekly, Face, Me! and Next+One – to former Metro Daily owner Kenny Wee for HK$500 million (A$80.8m). Next, launched even before Apple Daily, has been bleeding money since 2011. Next Media Group chief executive officer Cassian Cheung Ka-sing announced the sale and said, “Mr Lai was saddened. But what needs to be done has to be done.” Next Magazine editor-in-chief Louise Wong Lai-sheung said the move was “like putting the staff into a brothel”. Wee, married to actress Suki Chui Suk-Man, was educated in Australia and returned to Hong Kong to open restaurants after working at a Singapore music company. In 2013 he bought Metro Daily for HK$200m and a fortnight ago he sold it for HK$400m.

SPH Magazine titles in its custom content solutions unit won awards in the US for editorial and design excellence. SilverKris, Singapore Airlines’ inflight magazine, and The Johnnie Walker House Edit publication – won Grand Awards in the Magazines, Journals and Tabloids (Design & Layout) category at US Apex Awards for Publication Excellence 2017. SilverKris also won a Best Use of Illustration gong at the Content Marketing Awards 2017.

HBO Asia has promoted Beibei Fan to executive vice president for new business and managing director for China. She will oversee all aspects of HBO Asia’s business in China from revenue generation, production, and new business prospects in Asia. Beibei has over 15 years of experience in programming and distribution and has worked for Warner Brothers, The Walt Disney Company and China Central Television (CCTV). She spearheaded HBO Asia’s first Chinese co-production movie project with China Movie Channel, an anthology of Chinese language martial arts action movies.

• Malaysia-based telecommunications conglomerate Axiata Group has signed an MOU with iflix to expand and extend collaboration to Axiata’s customers at XL in Indonesia, Smart in Cambodia, Robi in Bangladesh and Ncell in Nepal. The two companies will also produce content especially for Axiata customers.

• ThinkAnalytics content recommendations are already used on Astro GO and its pay-TV DTH and data shows that over 70% of viewing on both platforms is driven by ThinkAnalytics.

• AsiaSat and French-headquartered Globecast have agreed on a deal to deliver RTR-Planeta Asia to viewers throughout Asia. Globecast will manage content and AsiaSat will deliver the channel via AsiaSat 5. RTR-Planeta is owned by the Russian state television and radio broadcaster VGTRK.