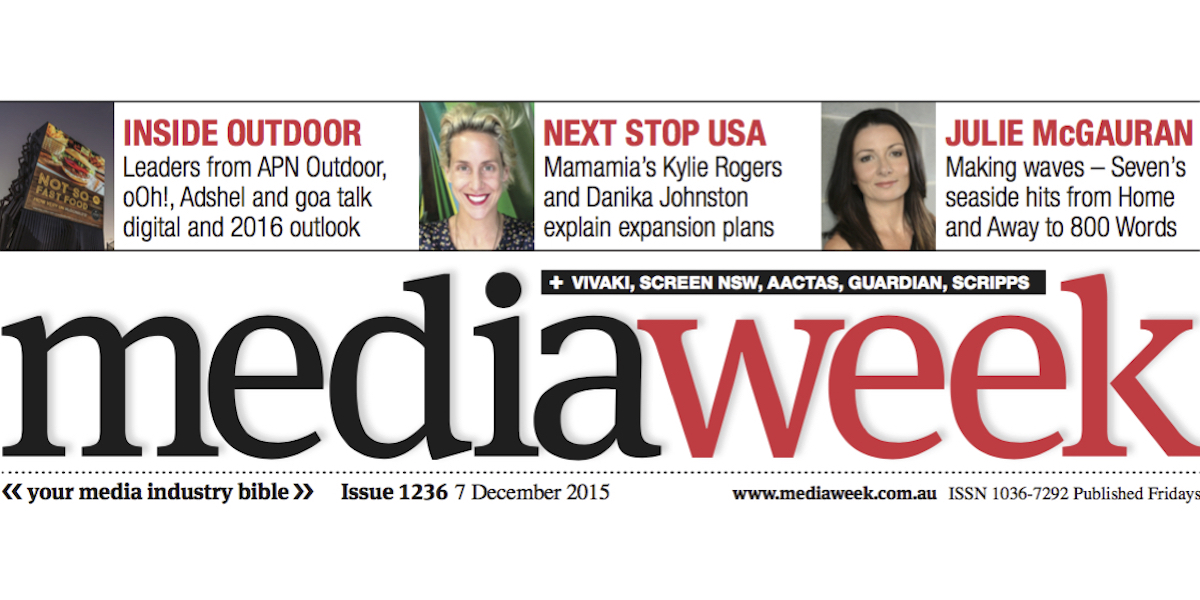 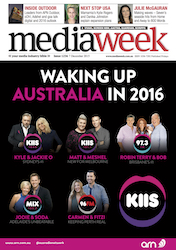 Inside the December 7 issue of Mediaweek magazine #1236

Inside News Brands
Guardian Australia editor Emily Wilson talks to Mediaweek about her move from the UK, how the Guardian covers breaking news and its plans for future growth

Inside Outdoor
The outdoor year in review: oOh! Media, APN Outdoor, Adshel and goa look back on 2015, plus a page of news briefs 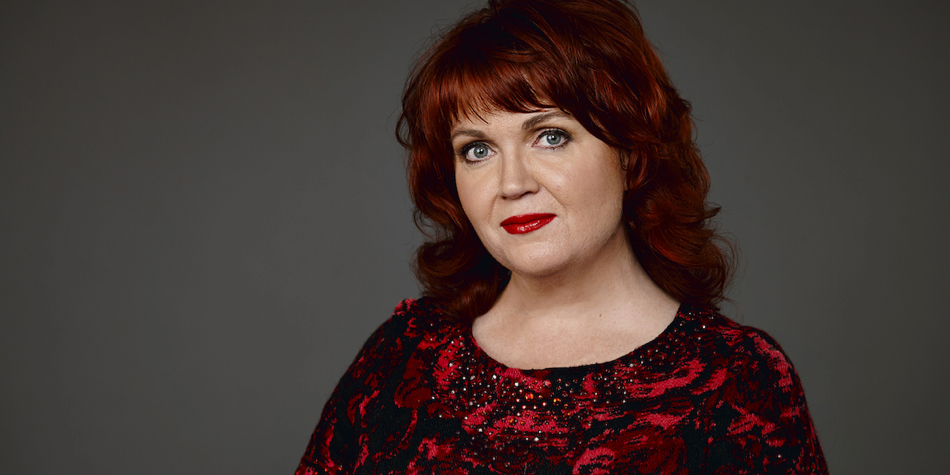 Inside Subscription TV #1
With significant content sales to SBS and Nine multichannels Food Network and 9Life, US company Scripps Networks Interactive has made a big splash in this year and managing director of the Asia Pacific region Derek Chang sees considerable opportunity for growth in the local market 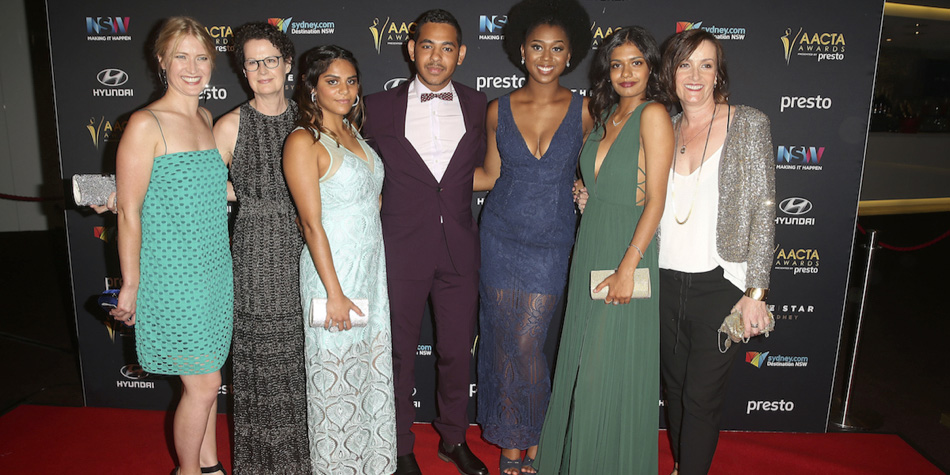