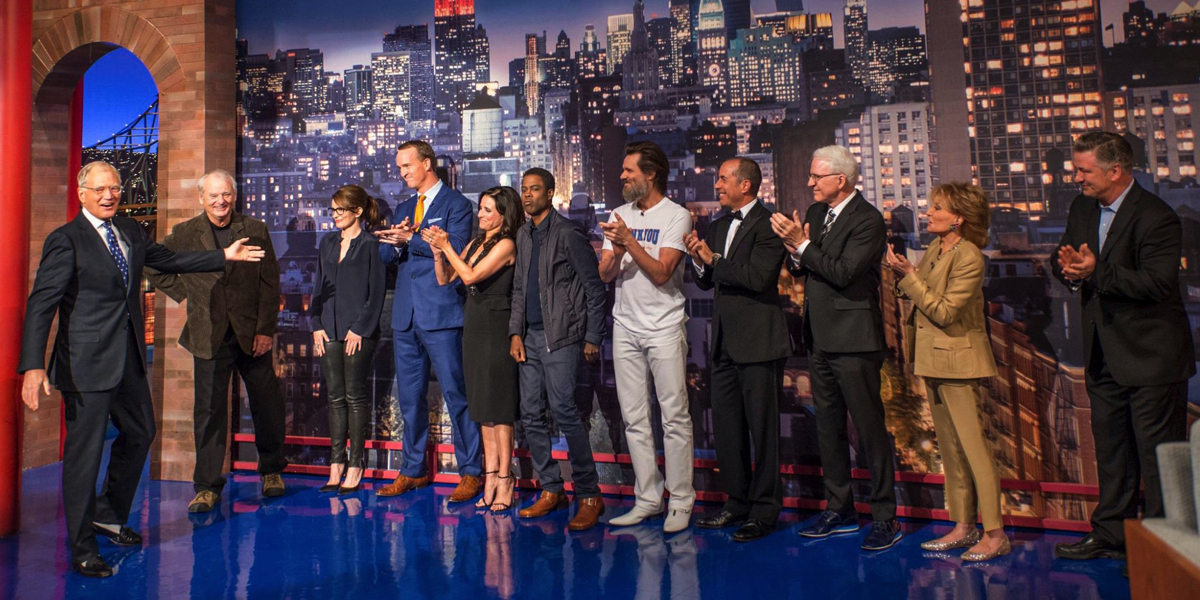 A comprehensive wrap of the final Late Show With David Letterman from Fairfax Media’s Josephine Tovey:
“We’ve done over 6000 shows and I was here for most of them, and I can tell you, a pretty high percentage of those shows absolutely sucked,” said David Letterman to his audience on Wednesday night.
“And also, in light of all this praise, merited or not, do me a favour, save a little for my funeral.”
Self-deprecating to the bittersweet end, David Letterman said goodbye to television after 33 years on Wednesday night, in a star-studded finale of The Late Show which showcased highlights of his iconic career but never strayed into overly saccharine territory, just like the man himself.
[Read the original]

In the fall of 2005 I was fortunate enough to intern in the writing department of the Late Show with David Letterman, writes Daniel Burt for Fairfax Media.
When I did meet him, which is rare even inside the building, I was evidently more nervous than I thought because I turned around and immediately walked into a door.
The day I saw one of my jokes made exponentially funnier by his hand remains a surreal career highlight.
[Read the original]

An alternate take on Letterman from James Law at News.com.au:
The guy just ain’t that funny.
Letterman’s lack of interest in the jokes, guests and bands that populate his program is barely veiled.
Good night, good luck and good riddance, Dave.
[Read the original]

David Letterman closed out his 33 years in late-night television on Wednesday with one of the highest-rated shows of his career, reports The New York Times. The Late Show brought in 13.7 million viewers, Letterman’s biggest audience since February 1994. It also beat every network show in prime time on Wednesday.
The finale represents his fourth-most-viewed show since Letterman joined CBS in 1993.
[Read the original]

The Top 10 Ways David Letterman‘s Final Late Show Was Perfect reports Adweek.
•  Wheel good jokes. Both The Simpsons and Wheel of Fortune paid him homage in hilarious video segments. In the Wheel clip, a contestant quickly solves this puzzle: “Good Riddance to David Letterman.”
•  A classy passing of the torch. Early on in the show, Letterman took a moment to wish his successor, Stephen Colbert, well when he takes over as Late Show host on September 8. “I’m very excited. I think he’s going to do a wonderful job, and I wish Stephen and his staff and crew nothing but the greatest success, so look forward to that,” said Letterman, applauding. Class act, Dave.
[Read the original]