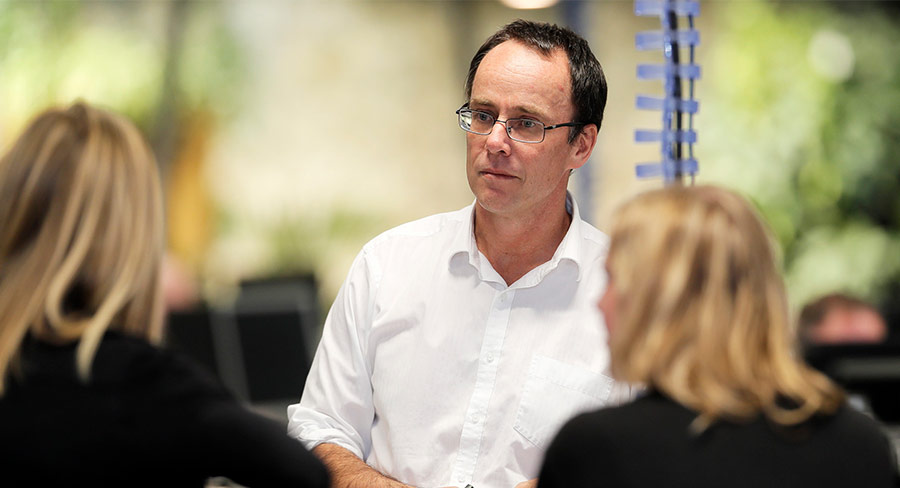 Editor Matt Deighton: ‘This is a really massive cultural change.’

Every morning at The Adelaide Advertiser is a busy one. The brand recently celebrated 160 years and in this time it has gone from being a newspaper to a 24/7 multimedia organisation.

Editor Matt Deighton told Mediaweek, “Adelaide was my home for 16 years before I went to Sydney and then Hobart.” Deighton was previously the editor of another News Corp paper – The Mercury in Tasmania. He returned to the South Australian capital in October 2017 to take on his current role as editor of The Adelaide Advertiser – the only daily newspaper in the city. “It wasn’t a hard decision to say yes. It’s nice to be home,” he said.

The Advertiser is a “much bigger beast” than The Mercury: it’s serving a bigger city, there is more staff and there are more moving parts to it.

However, Deighton noted that working at The Mercury for four years before coming to The Advertiser was important.

“At The Mercury we were meeting similar readers demands with a smaller operation,” he said. “It gave me the training and confidence to be able to walk into an organisation like The Advertiser and do the job.

“I am not a micro-manager, so the big thing for me is to make sure that I have the right leaders in the right positions.

“Coming close to 12 months here now, I think I have most pieces of the puzzle in the right place. That took me a little time – I needed to understand what we were doing well and what areas were under-utilised or under-serviced.”

Deighton’s key focuses at The Advertiser have been improving coverage of local news and campaigning for more transparency with state affairs.

“I came into a situation here where I was surprised by the level of secrecy around the state,” he said. “Therefore, we have continued a campaign here that we did in Hobart called ‘Your Right To Know’. It has borne some pretty strong fruits in recent times. We helped get new laws introduced that stopped a notorious paedophile from being released into our western suburbs.”

Digital content is always front of mind for Deighton to take The Adelaide Advertiser’s offering in that region to a whole new level. “That’s where the market is heading,” he said. Rod Savage has been charged with looking after the digital operations of The Adelaide Advertiser. He was the founding editor of its digital home, Adelaidenow.com.au, in 2006. Savage went on to work as the editor of The Sunday Times and PerthNow. He returned to The Advertiser, Sunday Mail and Messenger Newspapers as the executive editor for digital in 2017.

“He is an exceptional operator,” Deighton said. “We work as a team to run the newsroom. We put our egos to one side and do what’s best in terms of content. That’s worked really well.”

Talking about the focus for the future, Deighton said: “We have a high penetration in South Australia. Therefore, in a lot of ways, we have less room for growth than some of the newspapers. A focus for us is increasing our digital footprint while maintaining our print product.

“The first thing we talk about in the morning is, how are our digital subs going? This is a really massive cultural change. A couple of years ago, I wouldn’t have even known what that was. [Laughs] Now we always talk about the subs, how our traffic is going and what we can do to improve those.

“It’s very much a day-to-day conversation.”