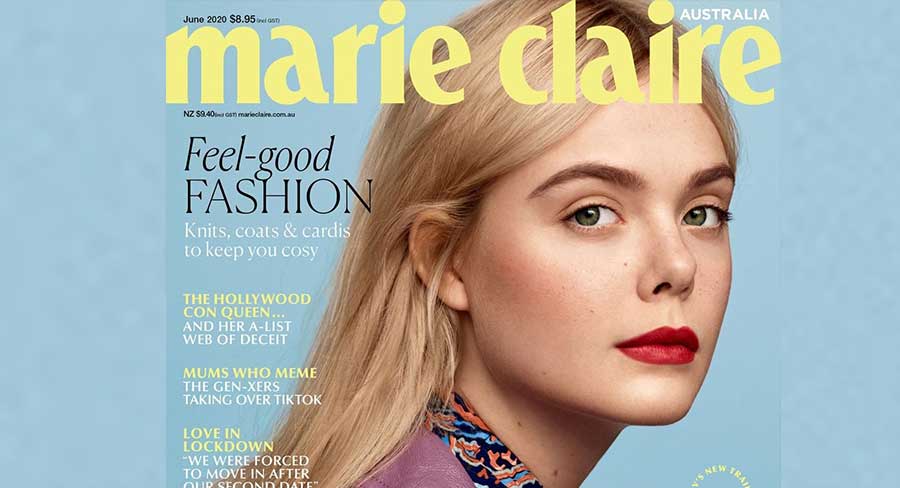 • The brand’s mix of topical news and fashion remains a hit with readers.

While Bauer Media has paused a number of its Pacific Magazines acquisitions, and its owns fashion monthlies Elle and Harper’s Bazaar, it has kept the tap turned on at marie claire magazine.

The licensed brand is one of the jewels in the crown at the former Seven West Media stable and is being kept on newsstands because of its strong circulation and advertiser support.

Back when publishers used to reveal magazine sales, marie claire was often around 100,000 copies a month while its closest competitors Harper’s Bazaar Australia and Vogue Australia were closer to 50,000.

The magazine has also long been one of the best performers in the sector when it comes to generating ad revenue. The page count in the recently released June edition is 30+ pages. It’s down from its glory days of course, but it’s still a good result.

Key to the brand’s success in Australia is the stability at the top – the title has only ever had two editors since it was launched by Matt Handbury’s Murdoch Magazines back in 1995. Jackie Frank was the powerhouse launch editor and stayed with the title for 20 years before handing over to the equally talented Nicky Briger. Jackie Frank and Nicky Briger at the handover five years ago

Briger goes with the title to Bauer although it is believed she has shed some of the team on the journey.

The brand’s mix of topical news and fashion remains a hit with readers.

The current edition of marie claire is branded the “Unity” issue and is filled with stories of love, strength and bravery amid COVID-19. 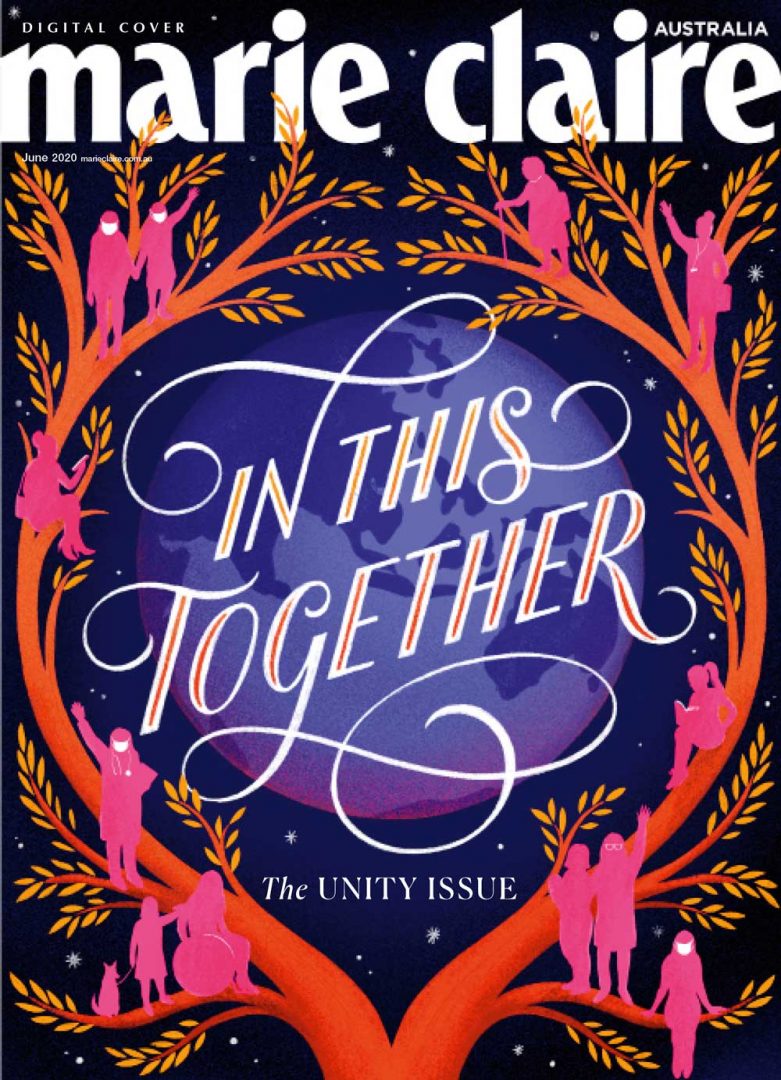 All three covers can be seen at marieclaire.com.au, and animated versions appear on marie claire’s Instagram account (@marieclaireau).

Inside the magazine, the theme of unity continues with first-hand accounts from women winning the war on COVID-19, romantic tales of love in lockdown, and a deep-dive into the mums taking over TikTok in quarantine. Plus, photographer Simon Upton shares his portfolio of Australia and New Zealand’s top international models, shot exclusively via Zoom. 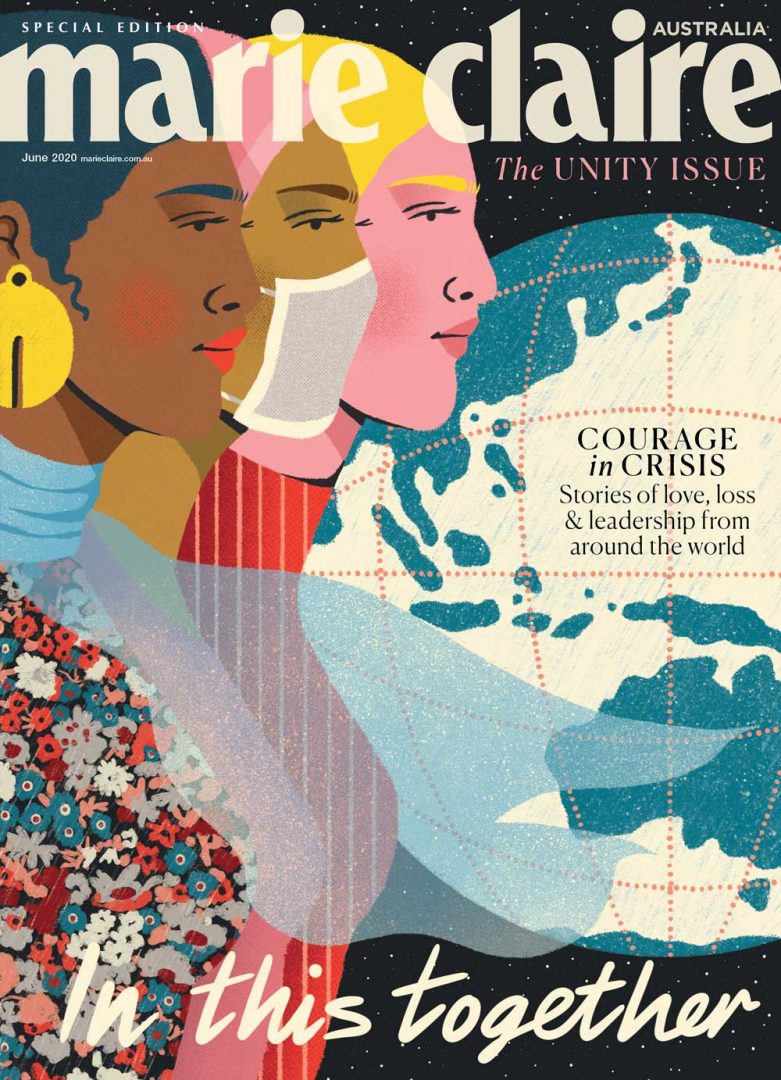 Nicky Briger said: “Even though we’re all in isolation, the world has never been so connected. With this in mind, we wanted to produce a keepsake cover for our loyal subscribers that reflected those feelings of unity, strength and resilience in these testing times.”

The feature we like best this edition is two pages of marie claire staff in isolation. (Not sure how Briger managed to avoid the spotlight though.) The two cleverest photos are selfies taken by junior fashion editor Monica Russell and art director Danielle Taylor. Both brandish glasses of wine. In the accompanying Q&A when asked about her greatest joy with WFH, Taylor comments: “That Dan Murphy’s is considered an essential service”.

However the single best interior shot belongs to photo editor Robyn Fay-Perkins that not only shows off her library, but the record collection and turntable set-up. Who’d want to move into Park Street? 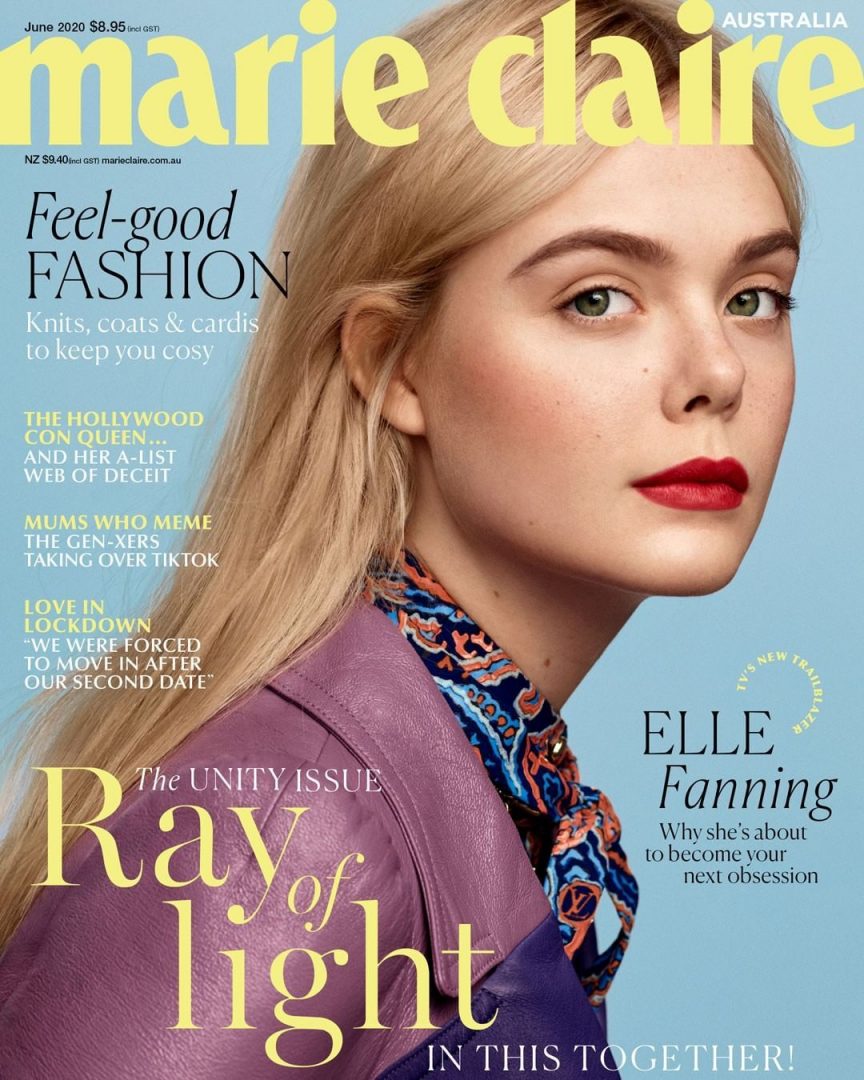