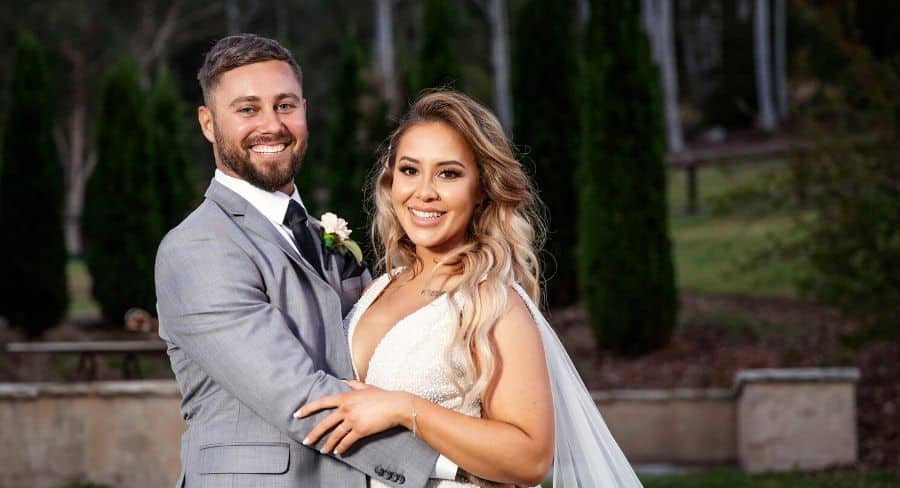 • Luke and Poppy, and Josh and Cathy were married last night

In the first episode of the seventh season of Married At First Sight on Nine we met a number of brave singles who are determined to find love through the unconventional way of reality television.

All the soon-to-be brides met at their Hens night, and the grooms at their Bucks night. We learned that finance broker (and perhaps body builder) Hayley likes to talk – a lot – and girl-next-door Connie revealed she is incredibly awkward around the opposite sex. 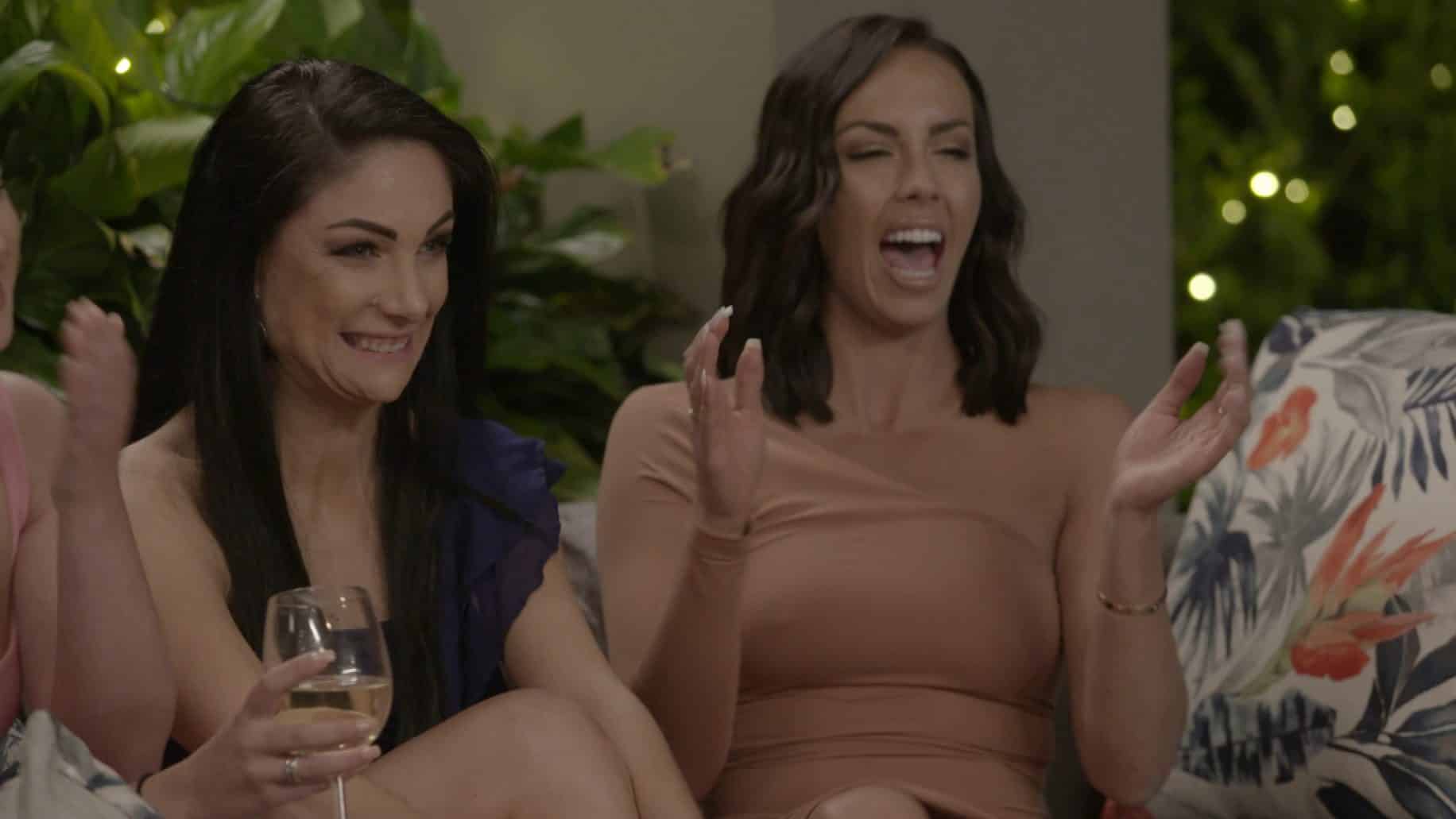 At the Bucks night, 30-year-old real estate agent, Ivan, caught our eye when he was disagreeing with the eccentric alpha-male Michael. The argument? Whether or not you should kiss your bride at the wedding ceremony.

After the relationship experts visited the Hens and Bucks nights to officially commence the experiment, we saw two beautifully-coordinated weddings for Poppy and Luke, and Cathy and Josh.

38-year-old photographer Poppy has two-year-old twin boys and a broken heart after her husband left her for another woman. Raising two boys alone, Poppy is resilient, humorous, and dreaming of that ‘white picket fence’ life again in her future.

Luke, the 38-year-old maintenance supervisor (FIFO), became a dad at 21 and has two teenage daughters. He’s kind, he’s domestic, and just like Poppy, he’s looking for that second chance at love. 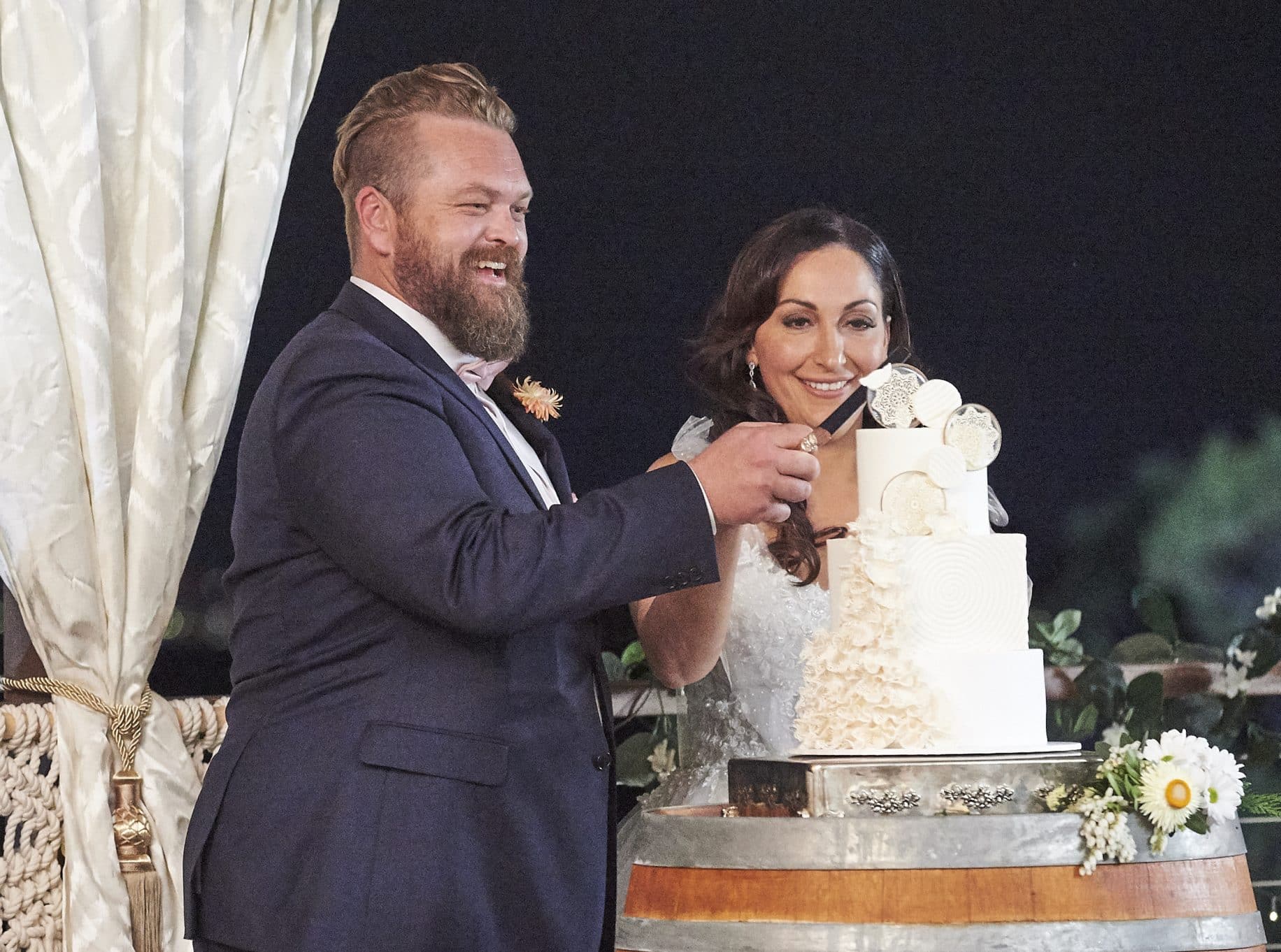 Their wedding was in Bilpin, NSW, and while Luke had a beer to calm the pre-wedding nerves, Poppy poured a bourbon and coke into a wine glass. With her young ones in the back of her mind, it almost seemed like Poppy might not go ahead with the day.

They met at the ceremony and read their vows while giggling in a nervous fashion, however Poppy still didn’t seem convinced on remaining calm and with an open heart with the thought of leaving her boys behind.

After a bumpy start to their reception with tears and no eye-contact from Poppy, she had a pep talk with some friends outside on taking the reigns of this experience and dropping any thoughts that might derail her journey. From that moment onwards, she and Luke laughed the night away with jokes about getting more grog from the bottle-o and playfully fighting about ‘who gets which side’ of the bed.

Over at Cathy and Josh’s stunning wedding ceremony in Wyong Creek, NSW – surely even more of a wedding hotspot now – we heard some goofy vows in the form of rhyme from Josh, and we heard brave, meaningful vows from Cathy. They both seemed pleased with first impressions, and Josh even told producers he thought she was perfect for him, and that she was ‘him with a wig on’. Their flirtatious banter kept the night rolling in a smooth fashion and they even shared a long kiss when sitting outside of the reception with an outdoor firepit when they both revealed they are ‘crushing hard’ on the other. Did it feel like a real-life romance comedy? Yes, it sure did.

Tonight, we’ll encounter two more weddings; one of them being a same-sex marriage between two women. Will these brides (and groom) find true love?

Launches don’t get much better than this. Highlights for Nine returning Nine series: