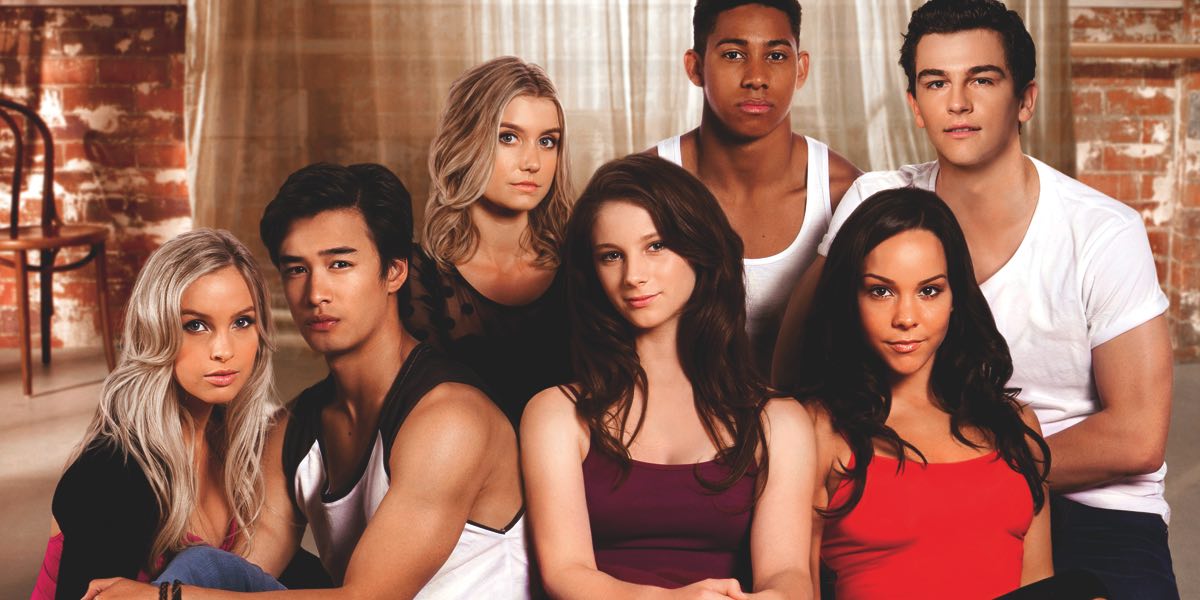 One of Australia’s great quiet achievers has been the ABC youth drama Dance Academy. In addition to considerable support from local critics, the show has found a large following internationally where it has been sold into over 160 countries across the globe. This week, production began on a $6 million feature film that is intended for theatrical distribution.

Series co-creator and executive producer Joanna Werner spoke to Mediaweek from the set of the film and admitted that a feature film had been a dream for a while, but it was a dream beyond her team’s expectations.

“I don’t think we ever let ourselves get that far. When I started my company in 2008 and the show got up that year, I was so excited to get the show up and running. All the focus at that stage was about making that first series as fantastic as it possibly could be with the hope of getting a second series. Our hope was then to get a third series, so we could finish the story at the academy and as soon as we knew we had the third series, I started trying to formulate plans of how we could do a feature,” Werner explained. 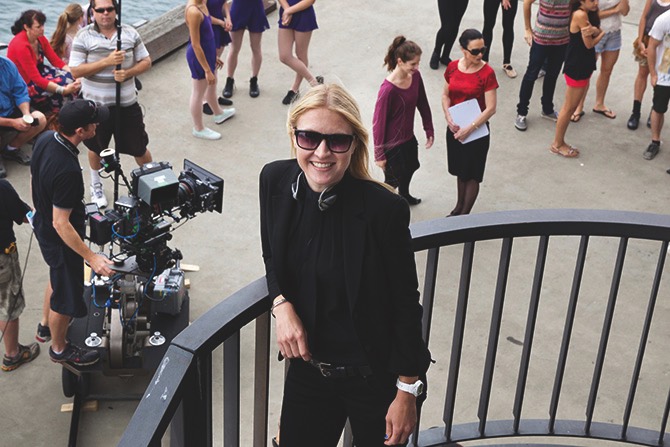 The film will bring back cast members from the TV show and is being directed by AACTA award-winning director Jeffrey Walker, who served as the set-up director for the first season of the show. Walker, himself a child actor on shows including Ocean Girl, The Wayne Manifesto, and Round The Twist, has since established himself as a TV director working on shows like Modern Family, Difficult People, and Rake.

“It’s not a telemovie. It’s a $6 million-plus feature film,” Werner explained. “It’s being distributed by StudioCanal and they’re planning a big theatrical release next year.”

The release of the film will enthuse fans worldwide who have developed a strong connection with the show.

“We get some really moving fan mail about what the show has meant – some incredible things – because we touch on serious issues in the show. As well as it being aspirational and really positive, we touched upon death, and eating disorders, and bullying, and friendship issues, and things like that. Some of those particular issues really struck home for people in lots of places,” Werner revealed.

“Particularly a girl in Oslo who had lost one of her friends in the shootings – she really found watching Dance Academy and seeing how the characters had dealt with death within the show really helped her to grapple with her feelings. Those sorts of letters are really moving.”

While the film is intended to stand alone, Werner does hope that once the film is open to television sales that international broadcasters who found success with the show will also pick up the film.

Streaming video sites have been a significant factor in the international success of Dance Academy. Netflix, in particular, has carried the show in a number of territories. With Dance Academy’s largely teen audience, the ability for teenagers to discover the show and watch it on their own personal devices like smartphones and tablets has intensified their passion for the show.

“It’s just the way teenagers are watching things now. It used to be the buzzword that you wanted to binge things. Now it’s just a given. When you’ve finished an episode, you want to watch the next one. We know from fans’ reactions and press articles around the world, including a great one in the New York Magazine, that people have really binged on Dance Academy. There are 65 episodes, but they’re only 23 minutes each, so you can easily click to the next one,” she said. 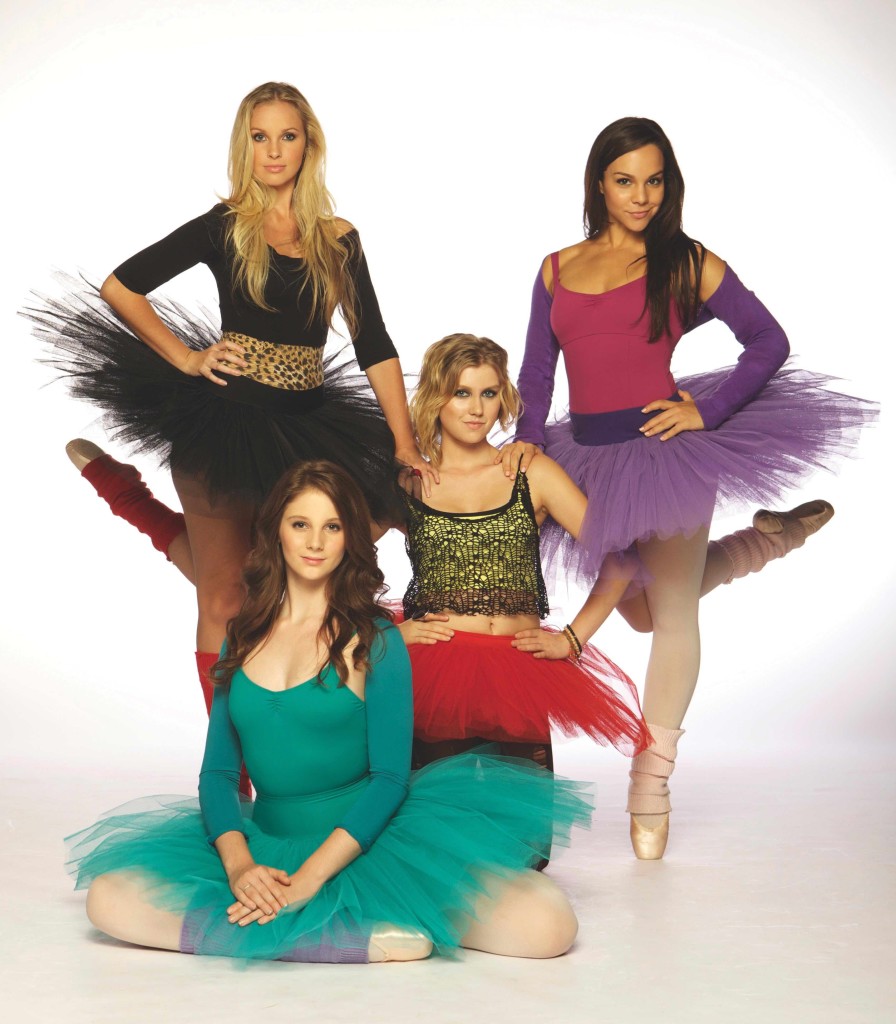 While the show hasn’t been available to stream locally, it continues to attract new fans in the libraries of international streaming services.

“Certainly internationally that’s been the case. We’re on Netflix in a number of countries around the world and, particularly in the US, where it’s had a really big following, that’s certainly been really good for us. At the moment we’re on ABC3 in Australia and not on a streaming service, but that’s certainly potential for the future. I think the more people that get to see your show, the better. The more screens, the better,” Werner said.

Beyond Dance Academy, Werner explained that a recent grant awarded to the company by Screen Australia has enhanced the company’s ability to work with new writers and develop new programs.

“We’re hopefully going to be announcing a new project in official development very soon, which has come about through the enterprise funding. That has been really successful so far. Then we have a big diverse slate of development for future stuff,” she said.

“We had a number of kids shows and teen shows on our slate. So we were specifically looking for adult drama. That’s really where our development slate has been pushing. It’s quite a difficult landscape, children’s television. There’s really not the number of broadcasters in Australia that there used to be who are commissioning live action drama. You really have to diversify in order to have a viable ongoing production business.

“It’s really tricky out there and is something I’m really concerned about for the future. Australia has such a fantastic record of producing amazing live action kids shows that people around the world remember. Round The Twist, Ocean Girl, and so many shows that people have grown up with, we really have to be conscious of supporting them so we can continue to make live action drama for kids and teenagers,” Werner explained.

For Dance Academy, Werner is taking it one step at a time. For now, the film is her main focus, but after that, who knows what the future may hold for Dance Academy?

“While I do hope that there’s more life for Dance Academy after the feature, we’re focused on making this a really fantastic big-screen experience and hope that we can convince our fans and new fans that it is worth buying a ticket and going to the cinema for,” she said.

ALSO: Behind the production of Secret City.

“I’ve been good friends with a number of the producers from Matchbox for a long time. We’d always talked about working together. I just finished up on Dance Academy and Secret City was in very early stages of development. Chris Oliver-Taylor, Debbie Lee, and Penny Chapman from Matchbox approached me. I was surprised that they thought of me after Dance Academy – going on to a very dark political thriller. But I studied politics at uni and I’m a huge political thriller fan. It was such an opportunity to do something completely different.

“I was the sole producer, so I worked closely with Penny Chapman and our writers throughout the long scripting period and from there, all the regular things a producer does to lead the team, find the crew, and the cast. It was an intensive period shooting Secret City. We did manage to get a fabulous crew with Emma Freeman and then our cast is pretty impressive.”