For political journalists Steve Lewis and Chris Uhlmann, a TV adaptation of their then-manuscript for The Marmalade Files was a priority.

Despite the high-profile reporters’ interest in seeing a Marmalade Files TV series, neither knew how to proceed, subsequently stumbling into attracting the interest of one of the best producers in the industry.

“In April 2012, before our first book was published, we were seeking advice from people on how we should go about it. We had a meeting at the ABC with Greg Waters who was then one of the development people for drama. He said we need to get a production company. I asked who’s the best and he said ‘Penny Chapman at Matchbox, but you’re not going to get her’. As we were leaving Ultimo, Steve held up his phone to show me an email and it was from Penny Chapman,” Uhlmann recounted.

Blanketing the entire local industry with queries paid off: “We put our feelers everywhere before the book was published,” he explained. 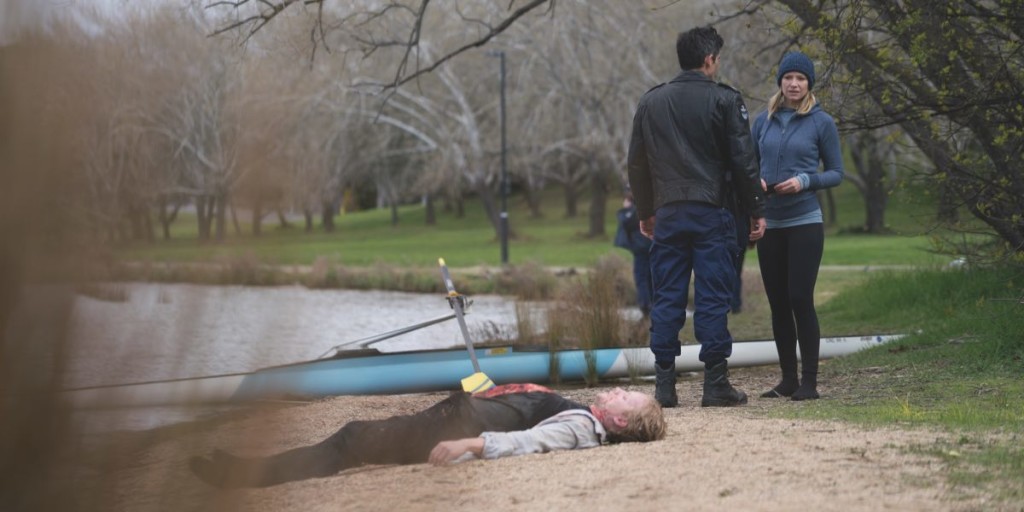 It was not the strong satirical comedic tone of The Marmalade Files that attracted Chapman to the program. She wanted to take the TV series into a different direction to the book.

“I had always wanted to make a political drama in Canberra. I think it’s a fantastic location. I love politics, but I also love political thrillers. The Marmalade Files isn’t so much a thriller and it’s got a great deal more comedy in it than our series does. We went darker with the great blessing of Chris and Steve, who were utterly without concerns about us wanting to use the books as a base, and lift off from there. I love thrillers. I love the genre of a political thriller.”

Chapman conceded that comedy isn’t her strong suit and that if the book had been adapted by a group like Working Dog, the adaptation would have been markedly different. By embracing the darker, more serious elements of the book, Chapman and her team were able to avoid having the series emulate shows like HBO’s Veep.

“Scandi-noir thrillers were very much a part of the style template that we were looking at,” Chapman revealed as she highlighted the influences by series like Borgen and The Killing in the development of Secret City.

While Chapman was concerned as to whether a series about Australian politics could sell internationally, Uhlmann believed that shows like Borgen had already proved that a series about politics so specific to a particular region can have global appeal as well as keep local interest.

“One of the things we always said when writing books set in Canberra was that Australians watched Borgen. I can’t see why, if it’s well done, that Australians wouldn’t read books or watch a miniseries about their own politics. I think it has to be authentic, good, and then people will watch. I think Secret City has all those things,” Uhlmann said. 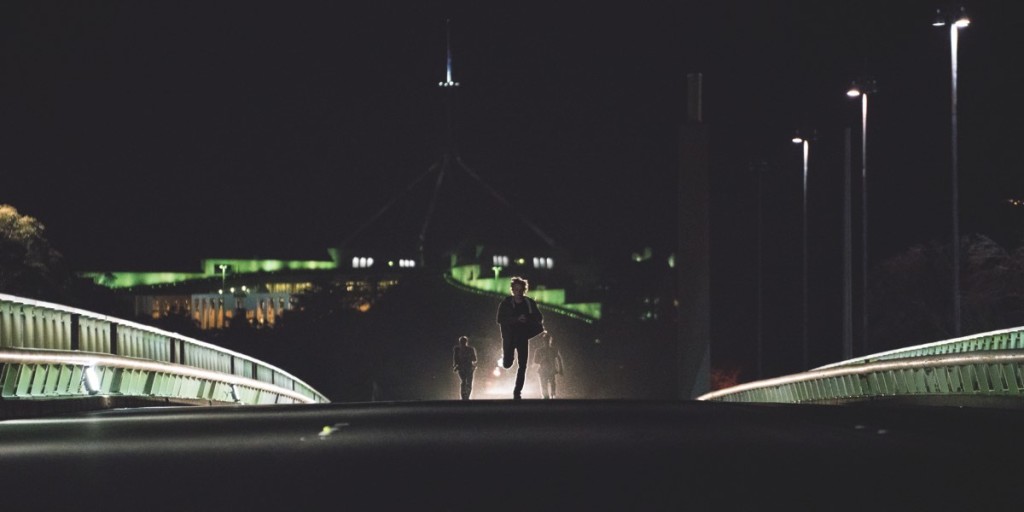 While Chapman and Uhlmann saw the potential for Secret City, not everybody was immediately on board. Matchbox Pictures parent company NBC Universal was not initially convinced that the show would have international appeal.

“The great thing about the series is that NBCU, which is selling the program for us, was in the early stages feeling nervous about what we were doing. Even though we’re owned by NBCU, they will let us make what we want to make if we have a broadcaster on board in Australia. They don’t stand in our way. They will give us that sort of editorial control. This was one where they said, ‘If it were up to us we wouldn’t be doing this, but you guys are passionate about it.’ Then in the end when they saw the first episode in fine cut stage, they got extremely excited and said, ‘Contrary to our expectations, we believe this has the potential to sell really well internationally,’” Chapman revealed.

The turnaround by NBCU was so extreme that they wanted to double-down on what made the show so unique and really emphasise its Canberra location. Despite loving the opening titles for Secret City, NBCU requested that they be changed to provide a much greater emphasis on the nation’s capital.

The use of Canberra, Chapman explained, proved to be a boon in terms of the attractiveness of the series internationally. People, Chapman advised, are “interested in something where the location serves the drama in an exciting way. A bit like The Bridge, I suppose, it takes you into a landscape and cityscape that people haven’t seen before, but is utterly beguiling. I believe you don’t need to compromise where you’re doing something if the drama and characters are working. If you can find a location that will come into its own, you stand by it.” 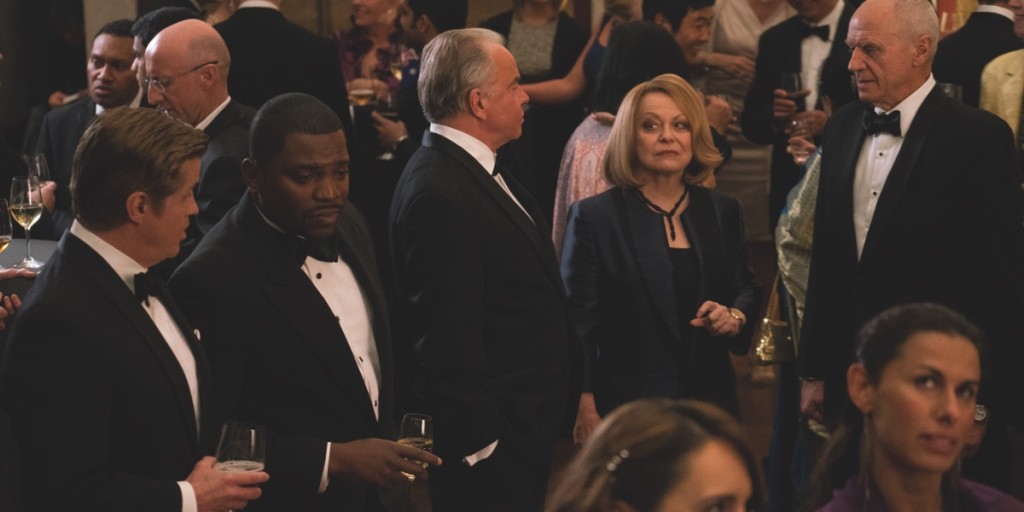 Beyond Canberra, another unique element of Secret City comes in the form of one of its lead characters, a transgendered government defence expert named Kim Gordon. Played by Damon Herriman, Gordon is also the former husband of the series lead character. The opportunity to develop the character was exciting to Chapman and the creative team, but they were concerned not to include her as some form of stunt.

“We had some interesting conversations with NBCU when the scripts were being written and one of the things that became obvious was that the issues with her story were not about her being transgender. They were about her pursuing secrets that she shouldn’t have pursued. She happens to be transgender.

“We were absolutely concerned that we must not make her a stunt. Nor must we have her there to add a bit of drama and colour to the fact she was getting a bad time for transgender. We didn’t want to do that,” Chapman explained.

For Herriman, the opportunity to play Gordon was an attractive proposition, but also one that he confessed to being scared by: “It’s a hard thing to say yes to and to say no to.

“I wanted to be respectful and as truthful as possible. I did as much research as I could. There’s no question that every scene there would be something that I would be thinking, ‘Is this the way I would be behaving if I was transitioning myself?’

“I hope the transgender community is accepting of it and okay with a non-transgender actor playing the role and that they feel like I portrayed the character in a realistic and respectful way,” Herriman said.

It is clear when talking with Chapman that the opportunity to produce a political thriller has been a career ambition for some time, which reflects her own taste in television as a viewer. She is quick to point out the diversity in her taste, however.

“I absolutely love a television program that feels true and of the world. I love everything – political thrillers like Borgen, The Bridge, The Killing, the French series of The Returned. I love Game of Thrones. But I also love Nashville. I think Nashville is one of the greatest soaps ever made.”