•  Six year deal from 2017 until 2022 – ABC deal still to be finalised
•  Crocmedia exclusivity on regional radio broadcasts except those on Southern Cross Austereo stations
•  For the first time SCA will be streaming the games via each FM station’s website
•  Despite aggressive bidding via Andrew Demetriou, ARN misses out on AFL games
•  After $2.5b for TV rights, is an estimated $60m for radio a bargain?

The lengthy negotiations surrounding the AFL radio broadcast rights have come to and end, almost. The AFL and its major broadcast partners Crocmedia and Southern Cross Austereo have released details of the new agreements with the AFL still to negotiate the finer points of a deal with the ABC and the National Indigenous Radio Service (NIRS). The commercial deal was only finalised on Tuesday this week after a nine-hour negotiation.

One key element missing from all announcements about the six-year contracts is how much money the new deals are worth to the AFL.

Fairfax Media’s Caroline Wilson outlined the key ingredients of the deal on 3AW 10 days ago and she and the AFL reported on Tuesday the deal is worth $10m a year, double what the previous rights deal for five years pulled in.

The AFL annual report back in 2006 noted the AFL negotiated radio rights agreements totalling $8.24 million from various broadcasters for 2007-2009, including the ABC. That negotiation represented a 250% increase in radio rights fees, which totalled $2.34 million from 2004-2006.

The new deal is not only a win for Crocmedia, but all the media partners who it works with who will share in increased ad revenue generated.

While the most recent AFL TV broadcast rights generated a six-year revenue stream of $2.5 billion, the radio money almost seems like pocket money for the league, but radio plays an import role in keeping fans connected to the sport, something that Crocmedia was able to identify and successfully exploit. The new deal is not only a win for Crocmedia, but all the media partners who it works with who will share in increased ad revenue generated.

Although Crocmedia will largely remain focused on regional broadcasting partnerships, it has closed a deal to provide the calls of the twilight games on SEN 1116 and also providing some match coverage to other AM stations in other metro markets. 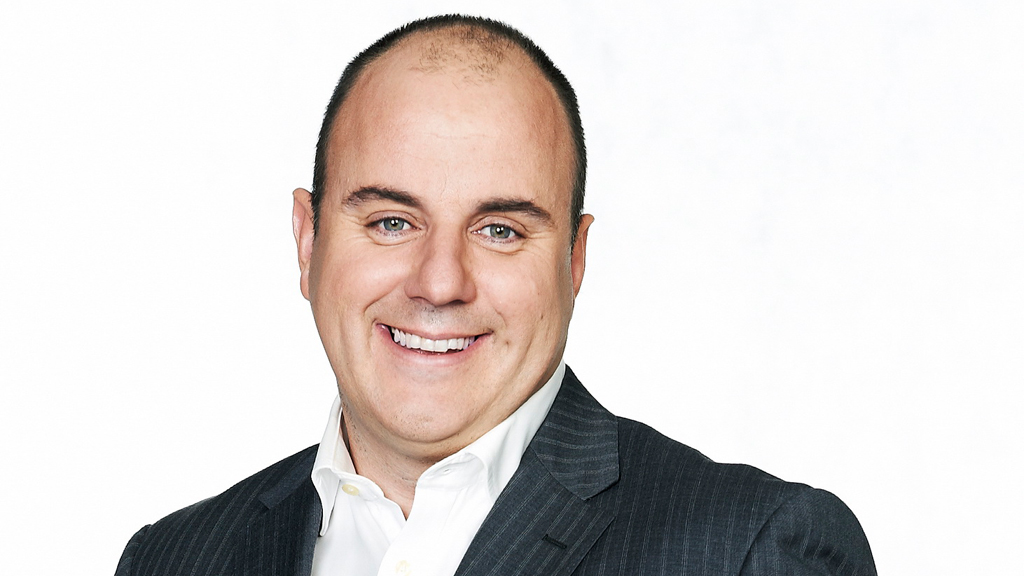 Crocmedia chief executive Craig Hutchison said the landmark deal was a win for AFL fans across the stations. “We are delighted to play a bigger role in shaping the way the game is heard and promoted nationally,” Hutchison said. “It is fantastic that all incumbent partners have not only maintained their position but increased their commitment to cover and broadcast the game. We look forward to working with all partners for the next six years.
“There has never been as much choice for AFL fans to consume the game via play-by-play broadcast or programming. Radio is the best way to connect fans to the AFL and there’s no doubt with greater choice than ever fans are the big winner.” Hutchison said regional Australia remained the core of Crocmedia’s audience. “We’ve never been more committed to regional Australia and it’s pleasing to pick up even broader regional distribution to our call,” he added.
“We will still be providing a call aimed at connecting regional Australians to AFL like never before. It’s fantastic that we can offer our brand partners greater flexibility and choice and extend their campaigns further nationally via our call and shows.”

The deal means Crocmedia will produce a call of all nine AFL matches each weekend, including for the first time two matches into metro capital cities. Those matches will be heard on 2SM, 2UE, 6PR, Fiveaa, Brisbane’s Magic882 and SEN. Metropolitan program supply deals on 2GB, 2SM, 2UE, 3AW, 4BC, 6PR, Fiveaa, Magic882 and SEN, along with a new regional programming deal with Southern Cross Austereo, form part of the commitment to AFL content. “We are thrilled to have been able to work with the AFL to achieve greater distribution than ever before in NSW and QLD,” Hutchison said. “The game will be broadcast and therefore heard on more platforms, more often, into those two key regions. “We’d like to thank all broadcast partners for working collaboratively and congratulate all existing right holders on extending their deals with the AFL.”

Speaking on The Sounding Board podcast this week, Hutchison noted that despite aggressive bidding from ARN, the broadcaster was unable to secure any matches. Crocmedia and Triple M’s Damian Barrett expressed surprise on the podcast how Hutchison was able to outmanoeuvre former AFL chief executive Andrew Demetriou and his former AFL colleague Ben Buckley who were working on AFL rights for ARN.

Southern Cross Austereo has confirmed its new six-year agreement with the AFL for the radio broadcast of AFL games and other AFL events on the Triple M Network and affiliated regional stations. The new agreement commences on 1 November 2016. AFL will be broadcast on 40 stations with Triple M Footy calling every AFL game, every week, allowing more fans than ever before access to AFL on radio. Triple M will have FM commercial exclusivity in Melbourne, Adelaide and Perth and in addition to broadcast and simulcasting on digital radio, for the first time SCA will be streaming the games via each station’s website. SCA will deliver AFL to all States with calls of all Lions games into Brisbane, all Suns games into the Gold Coast and calls of all Swans and GWS games with the addition of Saturday football in Sydney. The SCA and AFL partnership extends beyond the call of the game and beyond the Triple M network. 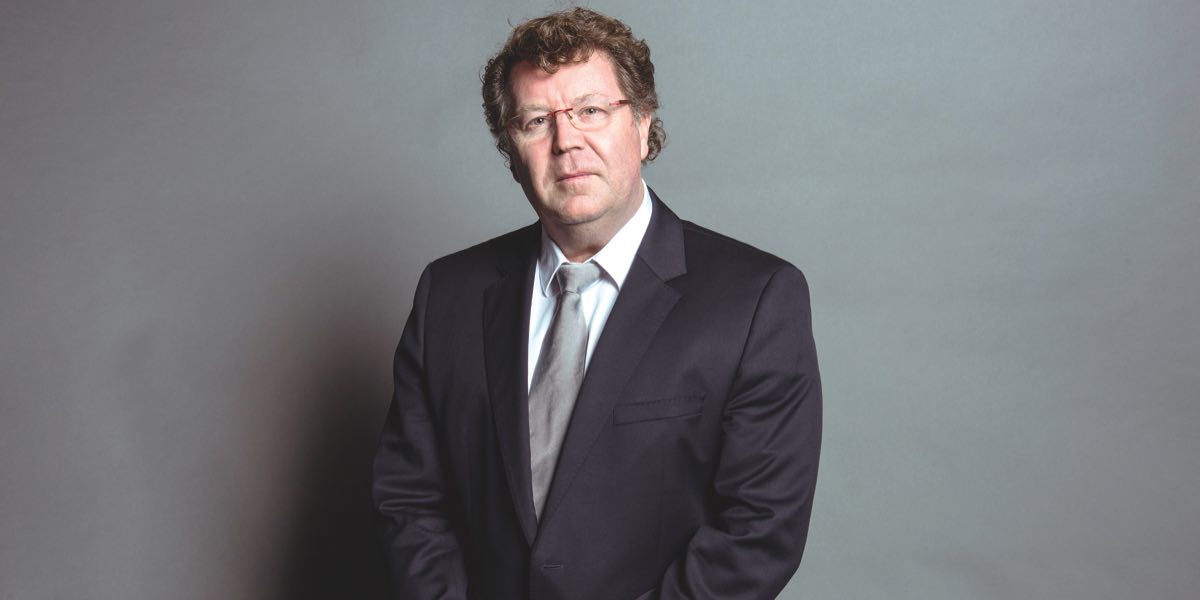 In a new feature of the alliance, SCA will be actively supporting women’s football, with on air promotions of the AFLW competition in breakfast and drive on Fox FM in Melbourne, and on Hit 107 in Adelaide and Hit 929 in Perth. The AFLW grand final will be broadcast live on Triple M in Melbourne and Adelaide. There will also be live coverage of selected other AFLW matches around the Triple M Network.

Announcing the renewal, Grant Blackley CEO of SCA, said: “This is an outstanding outcome for SCA and for AFL fans around Australia.
“We’ve had a strong partnership with AFL for over 20 years and this new long term extension provides both continuity and security of rights moving forward.
“Over the past two decades, our listeners have come to expect Triple M to bring them the most entertaining and informed footy call and other AFL content. We’re thrilled that this valuable partnership with AFL is continuing and with even more benefits to our listeners and advertisers than ever before.
“The financial offer included in the new agreement with the AFL was included in the outlook and financial guidance provided on release to the ASX of SCA’s FY16 results on 25 August 2016.”

Nova Entertainment’s Fiveaa Adelaide has won the rights to continue to broadcast AFL matches until 2022 as part of a six year partnership agreement. Neil O’Reilly, Fiveaa general manager said, “We’re thrilled to be able to continue our partnership with the AFL and bring the Adelaide audience a local and passionate call for all Power and Crows games for another six years.” Fiveaa has been broadcasting AFL matches in Adelaide for over 25 years and has covered every Adelaide Crows and Port Adelaide Power game live since the clubs entered the AFL competition. The Fiveaa commentary team features a strong line up of past players and media personalities including Stephen Rowe, Mark Bickley, Kane Cornes, Kym Dillon, Tim Ginever and David Wildy.