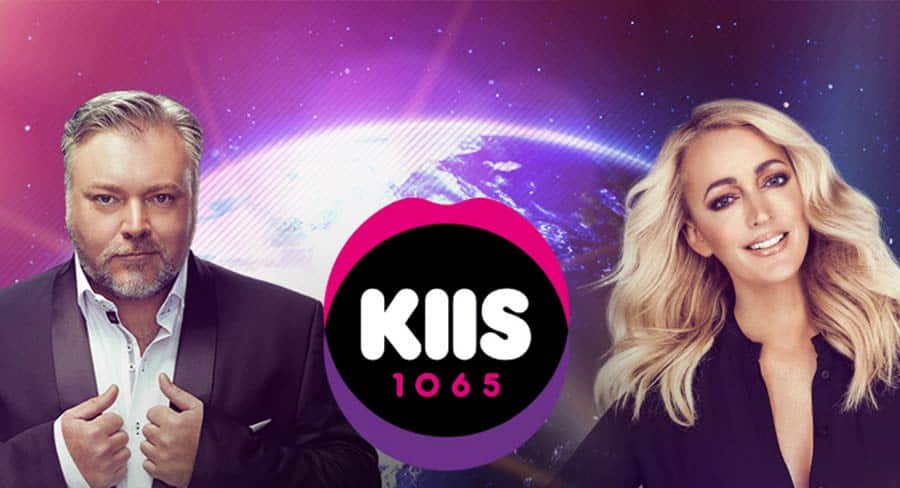 After a week of unrest from some of the Kyle and Jackie O audience, Kyle Sandilands this morning addressed the turmoil created by his recent comments about religion and in particular his comments about the Virgin Mary.

Sandilands, who was broadcasting from Los Angeles while co-host Jackie O was in Sydney, said he had not delayed his return to Australia because of death threats he has received.

After he made the comments, Sandilands revealed his phone number had been shared on social media and he started getting phone calls.

“Very quickly I became very aware that the things I said had pissed a lot of people off. I answered hundreds of calls on the Friday after the comments. Some very, very aggressive, and some I had conversations with – some who were fans of the radio show and others with people who weren’t fans of the radio show.

“Everyone has their own right to an opinion and religious beliefs and no one has the right to take that away from them.

“But what I didn’t realise until I started taking the calls, was that I had stepped on the beliefs of other people. I had offended them immensely.

“It was a joke and a hugely bad decision in poor taste. I didn’t plan the joke, I was just spitballing live and doing what I do. I didn’t realise the gravity of it.

“Many friends of mine asked me, ‘How could you do something so dumb like that.’

“At the time I didn’t think it was dumb, but on reflection [it was]. I get upset that I have caused a lot of grief to a lot of people. At the time I was just trying to make people have a laugh.

“On the Friday when I was taking the calls I asked people what I should do and they said they wanted an apology.”

Sandilands revealed he initially put out an apology straight away. “Apparently that wasn’t good enough and didn’t seem sincere enough. It was a shit thing I said and never meant to hurt anyone and make anyone sad.

“What I try to do when I come to work every day is to make people laugh and have a fun morning. Never do I intend, and this is contrary to popular belief, to purposely piss people off. A lot of people think I purposely plan things to say to get people agitated. That’s not true. I just agitate people naturally.”

“Truly, from the bottom of my heart, never do I want to make someone so angry that they don’t want to listen to the show or to me. Nor do I want them to be so enraged that they are threatening to kill people over something I have said. I am horrified at that situation. I never, never meant for that to happen.

“In reflection I know what I said was dumb and I am the dumb one for saying it. Who am I to say what [others] should believe in? We all have the right to believe in whatever we want to believe in. No other person has the right to make us feel less for our beliefs.”

Sandilands them addressed the ramifications of his comments: “Am I going to quit? No. Am I going to get fired? No. Am I sorry? Absolutely I am sorry.

“There’s nothing else I can do except to say sorry. I have reached out to some community leaders in the Muslim and Christian faith and will continue to talk to them during the week.”

Sandilands said he had offered them time to come on the radio show, yet he was unsure if they would take up the offer. “They have an open invitation to come on and chat about it if they want to.”

“We have all made mistakes in our lives and this is one of the many I have made.”

Sandilands made his eight-minute apology at the start of The Kyle and Jackie O Show, on the first show back after a week off air for a survey break.

“I want as many people to hear the truth of what we think and then make up your mind. If you want to stay with us, we would love that. If you think then you are finished [with us], then go along your merry way.”

Kyle and Jackie O then talk a number of calls from listeners who explained how upset some people were with what he said.

The KIIS Sydney breakfast show later replayed his comments around 8am with Sandilands explaining he wanted the biggest possible audience to hear him say sorry.