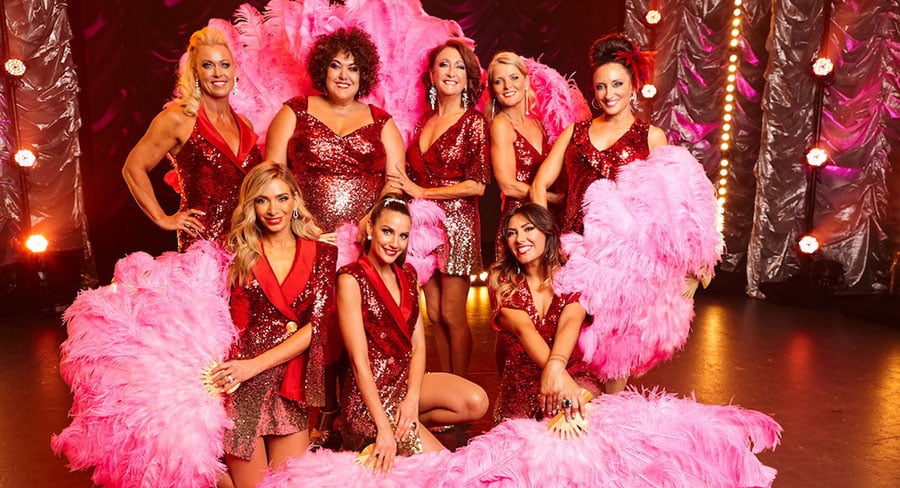 Seven’s big reality shows this week, The All New Monty: Ladies Night (Sunday) and The Real Dirty Dancing (Monday and Tuesday), have more than a few things in common. Both are based on hit movies about dancing, hosted by Todd McKenney, include cancer awareness (testicular, breast, pancreatic) and then climax with a huge performance at Sydney’s Enmore Theatre. 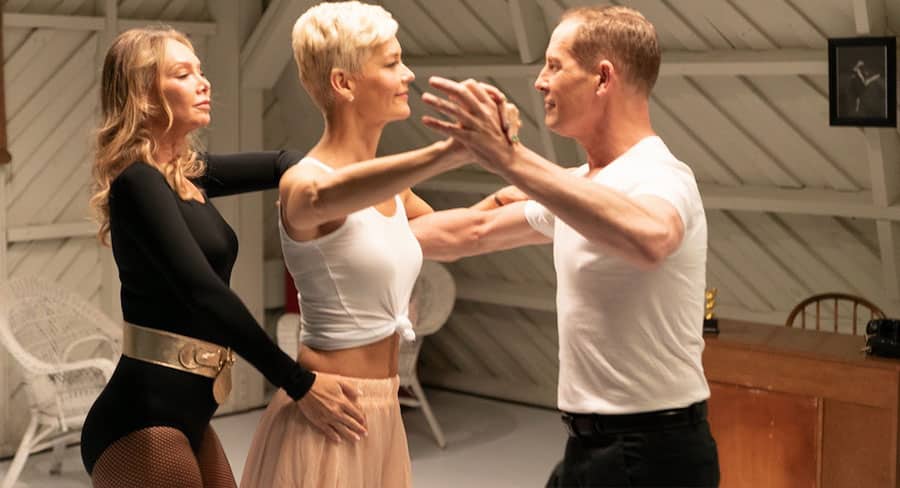 After two versions with men stripping, now it’s The All New Monty: Ladies Night (Sunday on Seven) and it’s an obvious next step for a property that has already been a movie, play, musical and reality TV series. The Full Monty seems in no danger of slowing down and neither does Dirty Dancing, a franchise that includes a TV spin-off series, movie sequel, telemovie remake, stage musical and several reality TV versions.

The latest is The Real Dirty Dancing and it is heaps of fun, thanks to a really likeable bunch of celebrities. Most are fans of the classic flick (or in the case of AFL legend Jude Bolton, married to one) and therefore get a big kick out of recreating classic movie moments and learning some real dirty dancing. Taking everyone to the original movie location in Virginia, US, makes this about as authentic as you can get.

If those are the A-grade reality hits, then Bride and Prejudice: The Forbidden Weddings (Wednesday on Seven) is B-grade bogan nonsense. It’s predictable, badly acted, and the only thing I took from it was that neck tattoos seem to be on the rise.

New Aussie drama Secret Bridesmaids’ Business gets off to a much better start with three episodes in a row (Sunday to Tuesday on Seven). Think Big Little Lies but in a Mornington Peninsula vineyard, with another sisterhood (led by Abbie Cornish) uniting to fight a creepy guy (Alexander England). It’s slick and quite the slow burn, but only if you can get past the unconvincing sex scenes.

Saskia (Katie McGrath), a bisexual lawyer with an ever-changing accent, picks up a tattooed Asian chick at a fast food van and takes her home for a shag in the bath. It’s rare to see lesbians on Seven, but maybe that’s because they a) have always been a little coy in this area and b) maybe not quite over the great scandal of 2009, when The Daily Telegraph got outraged about two girls kissing on Home and Away.

It’s taken a long time for two girls to kiss again, but Willow (Sarah Roberts) wasn’t into it … or was she? Given Zoe Ventoura is Summer Bay’s new doctor, let’s hope she doesn’t just end up helping everybody without getting a love life. And let’s hope Dr Alex isn’t one of those lesbians that just needs a good man (or River Boy) to set her straight.