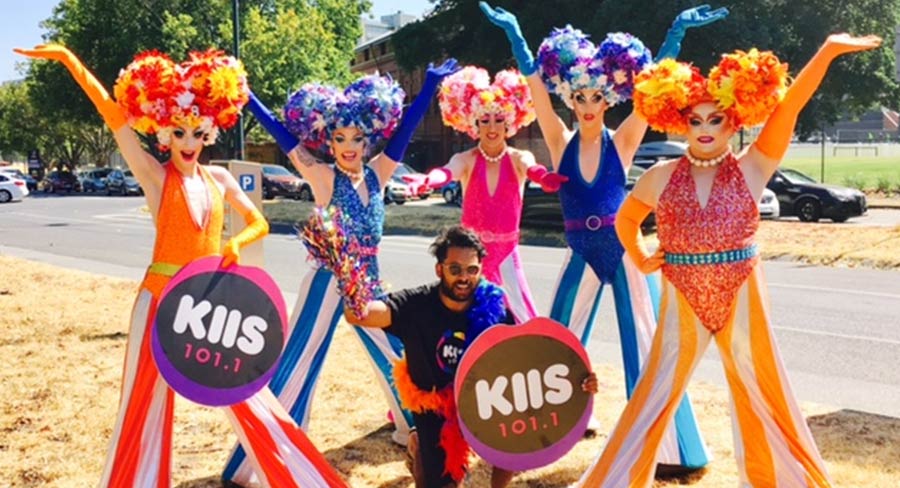 • A major element of the partnership included participation in the 24th annual Midsumma Carnival,

ARN’s KIIS 101.1 has celebrated the diversity and achievement of the LGBTIQIA+ community, as part of its third year of partnership with Melbourne’s premier queer arts and cultural celebration, Midsumma Festival.

A release from the broadcaster added: A major element of the partnership included participation in the 24th annual Midsumma Carnival, on Sunday 20 January, and the 2019 Midsumma Pride March, on February 3. At the annual Midsumma Carnival, KIIS 101.1 created colourful and engaging activations including performances by performers Strangefruit in Alexandra Gardens. ARN’s chief oarketing Officer Anthony Xydis said: “This is the third year we have partnered with the Midsumma Festival and KIIS 101.1 is proud to be part of the community that celebrates equality, diversity and inclusiveness as part of this iconic Melbourne event,” he said.

Melbourne’s Midsumma Festival features a program of more than 170 events including visual arts, performance, ﬁlm, parties, sports, and talks. It is on now until Sunday, February 10.