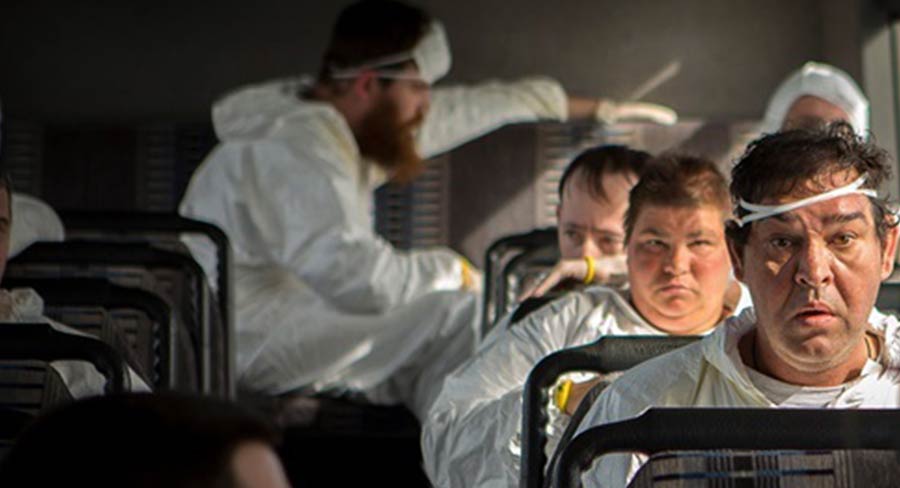 The slate includes feature film Memoir of a Snail from Academy Award-winning animator Adam Elliot; Aleph, a science-fiction series about a mother who faces the unthinkable decision of saving her daughter or humanity and online dark comedy Plushed, which explores mental illness through the eyes of a toy.

Head of development at Screen Australia Nerida Moore said: “One of the aims of the guideline changes was to encourage a more platform-agnostic approach from creative teams – we wanted creators to think about their story and audience first, and then what medium would be best suited to tell it on. We’re beginning to see more of that thinking and I’m pleased that there is also a real mix of compelling stories from emerging writers coming through.”

Two TV projects to receive funding are Goolagong, a two-part event mini-series based on the inspiring true life story of world champion tennis player Evonne Goolagong, one of Australia’s best known and most loved sporting heroes. It comes from producer Joanna Werner with Wayne Blair to direct.

The Fairway is a comedy/crime series from CJZ and executive producers Nathan Earl and Damian Davis. Every Golfer has a “nearly made it” story. Cautionary tales of careers made, dreams destroyed and nerves put to the test. This is one such story.

Among the other projects funded for development are:

Aleph: An eight-part series from Porchlight Films created, written and directed by Miranda Nation whose credits include critically acclaimed feature Undertow. The all-female creative team includes producer Liz Watts (Mary Magdalene) with writers Tamara Asmar (On The Ropes), Anya Beyersdorf (How the Light Gets In) and Porchlight development executive Coeli Cutcliffe. The series follows a woman who is faced with the choice between saving her daughter or saving a humanity teetering on the brink of extinction.

Chen PM 3010: A 10-part online comedy series set in the distant future, when Australia has collapsed and the pressure to save the country falls on the extremely underqualified but very nice young man, Aaron Chen. This series is written and produced by comedian Aaron Chen (Back in Very Small Business), with Béatrice Barbeau-Scurla (Suburban Wildlife) producing and Alexei Toliopoulous (ABC’s Finding Drago) writing and directing.

Girls In Hotels: A film from Dollhouse Pictures, with Gracie Otto (The Last Impresario) directing and producing her first narrative feature. The story follows six women, in different time zones and hotels, each going through a definitive moment in their life. An all-female creative team will aim to bring these contemporary experiences of womanhood to the screen, with producer Jessica Carrera who produced alongside Otto in The Last Impresario, executive producer Robyn Kershaw (Bran Nue Dae), and renowned journalist and novelist Lee Tulloch attached as writer.

Memoir of a Snail: A stop-motion feature film from Academy Award-winning writer and director Adam Elliot (Mary and Max). Using his signature blobs of clay, Adam and his team of animators will bring to life the bittersweet remembrance of a melancholic woman addicted to sausage-rolls and romance novels. The project from Chunky Wonky Films will be produced by Liz Kearney (Paper Planes) and Adam Elliot.

Oddlands: A six-part science-fiction series about cleaners Des and Tam whose lives take an unexpected turn when they come into contact with The Animal, and they go from model citizens to renegade members of The Resistance. Oddlands picks up from the short film of the same name, which won Best Short Film at Adelaide Film Festival in 2017. It will be written and directed by Bruce Gladwin and produced by Alice Nash from Back to Back Theatre, a company known for its ensemble of actors with disabilities. Gladwin and Nash will again collaborate with producer Stephen Corvini (Safe Harbour) from Matchbox Productions and are joined by writers Chris Anastassiades (Yolngu Boy), Stuart Page (The Secret Daughter), Dannika Horvat (The Summer of ABC Burns) and Tim Williams.

Plushed: An eight-part online series that follows a plush toy T-Rex, Alan, who is assigned to care for a 27-year-old OCD sufferer. Exploring mental illness through dark comedy, the series brings a personal perspective from writer and creator Simon Taylor. It will be produced by Sam Weingott. Seconds: A darkly comic horror from Headspace Entertainment set in Western Australia in the 1970’s, about a regular family who are vegetarians except for their yearly tradition of ritualised cannibalism. The six-part series will be directed by Tony Rogers, director and co-creator of AFI Award-winning comedy series Wilfred. Rogers is joined by executive producers Georgia Mappin (Kid vs Kid) and Darren McFarlane (Bruce) and writers Jaime Browne (The Mule) and Jub Clerc (Mystery Road).

Time Trap: A science-fiction adventure film about an intergalactic traveller who becomes stranded on the long-abandoned Earth, and must join forces with a teenage girl also lost in time, as they both try to return home. This is the first feature from writer and director Michael Shanks who has built success online with impressive productions like The Wizards of Aus. The producers are Andrew Mason and Troy Lum from Hopscotch Features (the team behind The Water Diviner and most recently Nekrotronic) together with Maeva Gatineau.