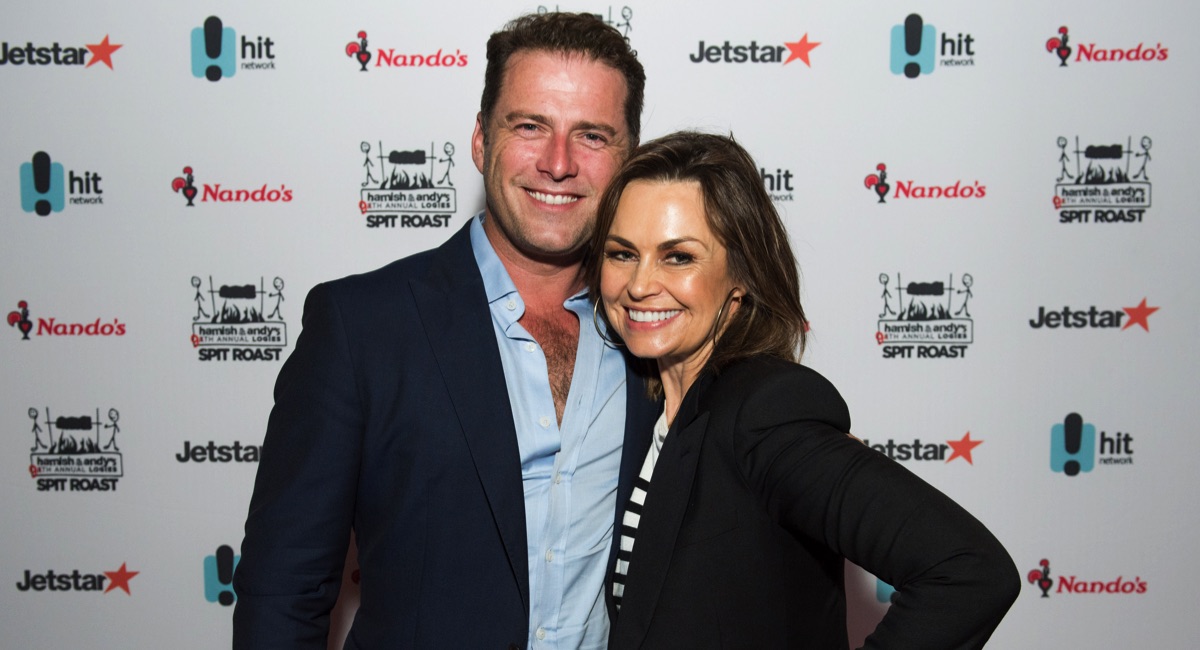 You’ve been hosting Today for more than a decade. Have you got used to the early alarms yet?

More than a decade? Thirteen years it’s been! I am loving the Today show. It’s a great crew in front of the camera. Production wise, we are starting to hit our straps again. The ratings are really strong too. We are tracking really nicely.

What can we expect from you for the rest of the year?

Your Today co-host Lisa Wilkinson celebrated 10 years at Nine earlier this year. She told Mediaweek recently that she probably wouldn’t have taken on the role had she not met you at the Logies in 2007. Can you imagine anyone else sitting next to you each morning?

We’ve had a very successful marriage. It’s not every day that people bring up 10 years together. We are just getting started. It’s a great relationship and we have been through ups and downs. We’ve never been more comfortable in each other’s presence – even when she’s got a broken arm. We are able to soothe each other through the pains of breakfast TV – physically and emotionally. I can’t imagine anyone else next to me.

Ten years ago, you went through five different hosts in 18 months. What was it about Lisa that clicked?

It was timing. She was always very settled. The network basically saw that we would be all right together and we were. They got it right. Good couples on TV are hard to find. We’ve been a great couple on air and I look forward to getting even better.

Your blue suit experiment is still being talked about. What caused you to do that?

Even the prime minister mentioned it on air [recently]. It did resonate. I was thinking about this the other day – I am not sure if it changed anything. A couple of months ago, Lisa was accused of wearing the same thing by the Daily Mail.

I didn’t set out for it to be a big thing, but it turned into a big thing. But did it make any change? I don’t think so. We’ll just keep striving to do it. I think it’s appalling how women are judged on TV for what they wear and how their hair is. I’ve worked with some great journos in this country. First and foremost they should be judged professionally rather than on how they look. So I will keep hammering away in my own way to try to change that perception.

And your work as contributor on 60 Minutes?

It’s been quiet with 60 Minutes at the moment. It’s been a very busy year for me in other regards. I’ll probably have a few stories in the second half of this year. Next year, we’ll ramp it up again.

The Verdict didn’t meet expectations in terms of ratings. But could there be a revival with some tweaks to the format?

No one at the Nine Network thought it would be a competitor to Q&A. That and The Project have been around for a long, long time. For me personally, we had a pretty skeleton staff. We had a really good panel of people. We were still finding our feet, so there is room for it to come back. But I don’t make those really big decisions. I will have a word with Hugh Marks [Nine CEO] and see what he has in store for us. [Laughs] With a panel show, you have to give them time. Hopefully, there will be something similar coming to screens near you somewhere in the future.

How do you handle all the media attention your personal life gets?

I can’t really explain why there has been so much. There is a lot about journalism that is changing. People and names have become clickbait. It’s a little bit sad that in some cases journalists are being judged by the number of clicks they get for their stories. So the same names will pop up. I am a public person so I have to be used to it and get on with it. It doesn’t really worry me. I don’t read it.

As a massive fan, are you happy with Jodie Whittaker being the new Doctor Who?

I love it. She was terrific in Broadchurch. I will be watching.