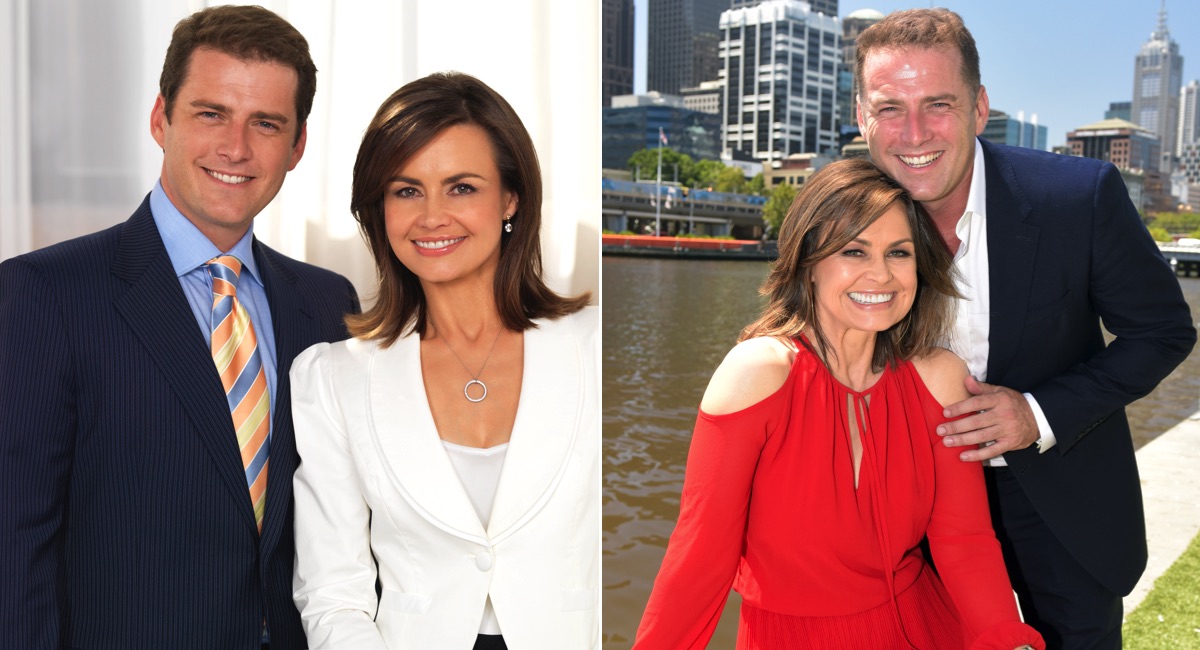 Had Today show host Lisa Wilkinson not met her co-host Karl Stefanovic at the Logies in 2007, she probably wouldn’t be celebrating 10 years on the Nine breakfast show this month.

“I don’t think I would have said yes had I not met Karl,” Wilkinson told Mediaweek. “It felt like a perfect fit.”

Her journey with Nine began in 2007 when she moved to the network from Seven where she was hosting the Weekend Sunrise show.

“People thought I was nuts to leave the reigning program,” Wilkinson said. “At the time Sunrise was such an incredibly strong brand in the breakfast TV slot. The Today show had been going through a fairly tough time.

“I loved breakfast TV so much. I could see it was going to be pretty difficult to get the weekday job on Sunrise, because Mel [Doyle] was doing such a brilliant job. The natural successor to her was Natalie Barr. So I thought that at the very best, I am third in line to that gig. When I got offered the Today show, I just thought, ‘I want to do breakfast TV five days a week and see what that feels like.’”

At the time Wilkinson joined Nine’s Today, it was well behind Seven’s Sunrise in ratings. Wilkinson was the show’s fifth host in 18 months.

“What people didn’t realise is that I am a girl from the western suburbs of Sydney. I always go for the underdog,” Wilkinson pointed out. “Today is such an iconic brand on Australian television. Right now, it holds the record – and will for as long as the show keeps going – of having put to air more hours than any other Australian television show.”

“I am thrilled to say that I have been a part of the last 10,” Wilkinson said. “We were the first breakfast show to go to 5:30am. We were doing that for about six years before Channel 7 decided to follow us in.”

As Wilkinson spoke to Mediaweek she was also taking out groceries from her car: “I became good at multitasking a long time ago.”

It’s a life skill that is a necessity for Wilkinson: “Particularly with a husband, three kids and two dogs.” [Laughs]

The people she works with on Today are like her second family. “I have a younger brother sitting next me,” she said, speaking of Stefanovic.

Wilkinson and Stefanovic bring different qualities to the show and have in many ways grown together as presenters.

“We’ve been an enormous support to each other,” Wilkinson said of the partnership. “We challenge and push each other.

“We support each other through our weaknesses, which I am pleased to say don’t happen too often. But when they do happen they are out there for the whole world to see.”

This was especially the case towards the end of last year, spilling into the beginning of 2017, when Wilkinson’s co-host Stefanovic went through a turbulent time in his personal life. He became the focus of many headlines online and in magazines.

“We are mates,” Wilkinson said, talking about the matter. “We have supported each other both on- and off-air for 10 years now. It’s just a continuation of that friendship that is both personal and professional.”

Wilkinson began her career in media in the magazine industry. She started off working at Dolly and soon went on to become the youngest editor ever of an Australian national magazine. She was 21 at the time. A couple of years later she was appointed editor of Cleo. Wilkinson looked to have a promising future in print, and that’s exactly what she wanted to do.

“I wasn’t planning on a career in television at all,” Wilkinson said. “I could have kept doing Cleo, but at that stage I met my husband, got married and was pregnant with our second child.

“I thought I have this tiny sacred window, where my children are young and I have worked hard for a long time, I have saved hard, and I can afford to take time out and go on an extended maternity leave and devote the energy to my personal life and family. I was about six months into maternity leave and I got a call from Brian Walsh, who runs Foxtel. Foxtel had only been going for about six months at that stage.

“He said to me, ‘I am about to start up a brand new series of a show called Beauty and the Beast.’ I was like, ‘Oh, golly! My mum used to watch that.’ He said, ‘Well, we are bringing it back and I want you to be a permanent panellist on the show.’ I said, ‘Brian, I would love to do it and I have been interviewed many, many times for TV, but I can never do that straight down the barrel of the camera, addressing an audience style of TV.’”

Wilkinson said that on day one of filming she was seated next to Australian television icons at the time like Jeanne Little, Ita Buttrose, and Maureen Duval. Along with Wilkinson, radio shock jock Stan Zemanek also made his transition to TV with the Foxtel show. “We both looked like a couple of rabbits caught in the headlights,” Wilkinson said. [Laughs] “Brian said, ‘What’s wrong with you two?’ We looked at each other and said, ‘We’ve never really done this before.’ He said, ‘For God’s sake, get over yourselves. No one is watching!’

The Foxtel revival of Beauty and the Beast first aired in 1996. Back then, little did Wilkinson know that the very style of TV that she was fretting about would be her bread and butter and make her a household name around Australia in two decades’ time.

She learnt a lesson during the filming of Beauty and the Beast from Foxtel’s Brian Walsh that she carries with her today. “He said, ‘That camera is like a microscope. It will study you intently. If you are not yourself, it will pick it up immediately and so will the audience.’”

Wilkinson said that experience and “breastfeeding children” are the two things that prepared her for taking on Today. “When you are breastfeeding children, they have an alarm clock of their own that goes off at odd hours of the night. At least now I get to set my own alarm.”

The media takes a lot of interest in the personal lives of breakfast presenters. It’s the perfect example of how journalists can become the story themselves – one of the many things student journalists are warned against at university.

“That is not of our making,” Wilkinson said. “When you look at some of the news sites, the way they report on people’s personal lives now has become incredibly tacky.

“One of the reasons that rub-off happens is because half of our program is completely unscripted. We are in people’s homes at a time when they still have their pyjamas on and they haven’t cleaned their teeth yet or put their makeup on. We are quite often bringing the only news program that they might watch throughout the day. But we want to put a smile on people’s faces as well. That’s why we go off script so people do feel like, ‘We are a part of their family.’”

The ratings battle in breakfast, whether on TV or radio, has been cutthroat for some time now. The on-air talents are often caught in the narrative of it as rivals.

“That’s what the media does. I can’t speak for David [Koch] and Sam [Armytage] but Karl and I are only interested in our own show,” Wilkinson said. “We have no control over what they do at Channel 7.

“We spend our energy on putting up the best breakfast show that we can. We invited David and Sam to join us when we were co-hosting the red carpet show for the Logies this year. If there were the sort of personal rivalry that they try to suggest in the media, then would we have really invited them onto a show that we were hosting?

“We all do the same hours, we are part of a very small club. There’s an understanding and a respect for each other.”

In 2014, Karl Stefanovic wore the same blue suit for a year to show the disparity in the way men and women are judged. On the day he revealed this experiment, Stefanovic claimed that not a single person had picked up on the fact that he was wearing the same suit for a year.

Wilkinson thought that the debate about the topic had settled with this experiment. But she has recently come to realise it hasn’t.

“About five weeks ago, I was outed or shamed by the Daily Mail for wearing the same blouse four months apart. I was gobsmacked! Like, really, they believe every time we wear something, it should be thrown out?

“My response was to wear the same blouse two days in a row, which has never been done by any broadcaster on any network, anywhere in the world.

“Then the Daily Mail wrote a story about that,” she said. [Laughs] “We thought Karl had made the point and that everybody thought, ‘Isn’t that ridiculous? We have to stop doing that.’ Clearly not.”