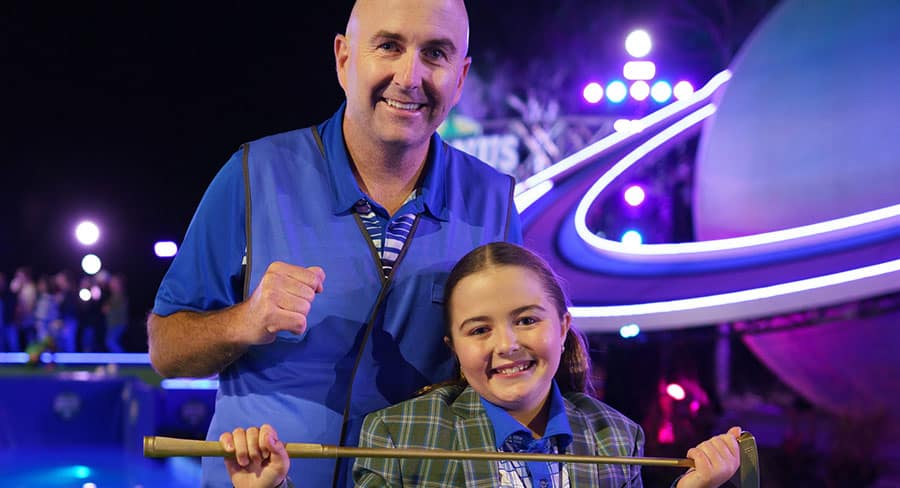 On Monday night nine-year-old Janie Carroll putted her way into history as the world’s first Holey Moley Junior Champion, on Seven and Seven Plus.

In this special edition of Holey Moley, the eight junior golfers took the putts while their adult caddies took the hits on the supersized obstacles, including a Distractor Duel featuring crawling huntsman spiders.

A nine-hole champion on the junior Gold Coast circuit, Janie outplayed eight-year-old Oscar and nine-year-old Aahan in the grand final putt off on Uranus to clinch the coveted title, golden putter, plaid jacket and a massive $10,000 golf shopping spree.

When asked by host Sonia Kruger about her win Janie admitted she was feeling “emotional.” Janie’s dad and caddy for the night, Garry, was also overwhelmed by the evening’s excitement: “I’m so proud, it’s fantastic.”

Janie plans to spend part of her prize on a new golf buggy and a special gift for her dad, who she says aced all the obstacles. “He was amazing. He was really good. He’s the best!”