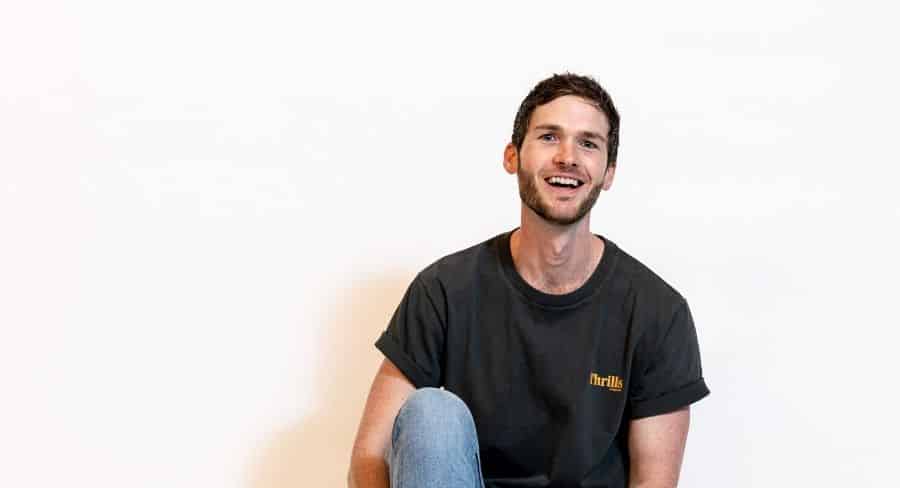 Senior journalist and columnist at news.com.au, James Weir, is well-known for his comedic reality TV recaps and more recently for his live-streaming podcast on Married at First Sight (MAFS). Funny-man Weir spoke to Mediaweek about his recapping of Australia’s number one TV show and its reception, as well as the advantage of live podcasting.

Weir has been recapping MAFS at news.com.au for over half a decade. With this season of the popular reality show, he said he’s been most drawn to former drug addict contestant Hayley. “I thought that it was really great to include her because with MAFS being in its seventh season, it’s really about what they can do next that hasn’t been done before but still push the boundaries or start a new conversation or shock people,” Weir told Mediaweek.

“Australia’s been there and done that with cheating scandals and affairs. When you add different kinds of people we haven’t seen, or different social situations, or people of different backgrounds with hardships and life experience, they can add a lot of interest. We saw that with Hayley because she was just a barrel of fun and chaotic.”

These days everything receives negative criticism and Weir said if you try to please everyone as a whole you’re going to have an average story or a really mediocre column. “It’s funny because with the recaps it’s always been really positive feedback. Perhaps it’s just that the news.com.au reader base has the same mindset as me? The emails and messages I receive on social media are from such a broad mix of people. It’s not just teenage girls, uni students, mums or women watching.

“I get emails from 70-year-old plumbers in Queensland or tradies saying ‘Oh, my girlfriend watches the show, I never watch it but then afterwards she reads your stories and so now I read them’. Before I wrote recaps, I never read a recap in my life. I just don’t read them. And if it wasn’t my job, I probably wouldn’t watch any reality TV either. It’s not my personal interest. But funnily enough the people who read them don’t watch the show, they just want to be involved in looking at this situation that’s capturing the attention of the country.”

News.com.au‘s latest podcast and live stream show Not Here to Make Friends is hosted by Weir and gives fans of reality TV recaps a new way to indulge. It currently airs twice a week on Sunday and Wednesday nights right after MAFS. “We do it as a live stream show and then that’s available immediately as a podcast. It’s been a new experiment for this year.” 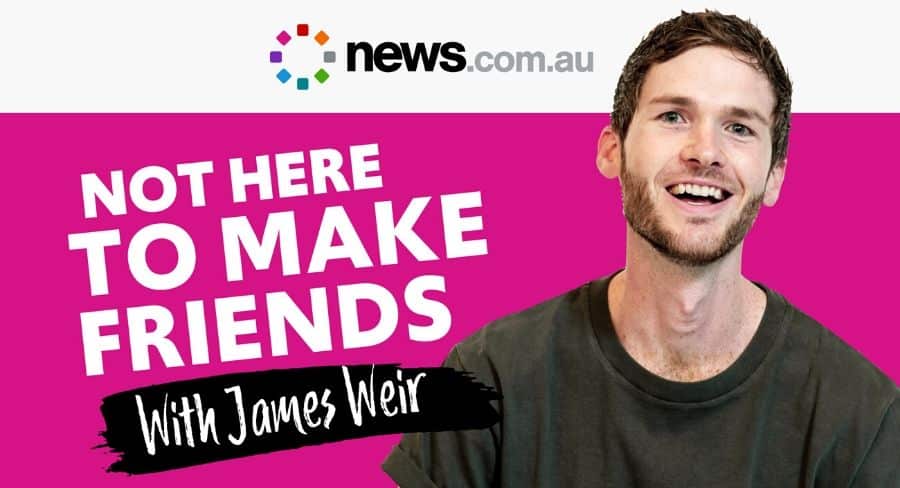 “News Corp started its audio network towards the end of last year and we were talking about playing in that space with the reality TV genre. There’s been reality TV recap podcasts going for years. Over in the US it’s done for every show – not just reality, even scripted shows. In Australia over the last few years outlets have really started to play in that space. For us it’s about what we can offer that’s different.”

Reality TV particularly has such a social conversation around it, and when it airs at night all viewers on Twitter and Facebook are really invested in the conversation. Weir said with MAFS it’s on four nights a week and the conversation moves so quickly – there’s new stories coming out the next day and then that night there’s a new episode. “The way I see it is you’ve really got to jump on it while it’s hot. If a reality show goes to air on a Monday night and your team rolls in the next day and records a podcast mid-morning and posts it at midday, people have already moved on and they don’t care anymore.

“We wanted our podcast to be as immediate as possible and that’s when we decided to do it as a Facebook live stream straight after the show and talk about it in the way everyone talks about it in their living rooms. The panel and I watch the show as it airs, we have a few drinks (if you want to think like them, you’ve got to drink like them) and then we jump in the studio and it’s live from start to finish.”

Weir said it’s also great producing it live because they can bring in people watching the show, as most of their comments on social media are hilarious calls and observations. “It’s great to bring in their voices and really showcase them and how funny they are, so we bring in callers. It also gives us a chance when big, dramatic moments capturing Australia happen on the show, because then we get the contestants on themselves, and they explain their side of the story in real time.”