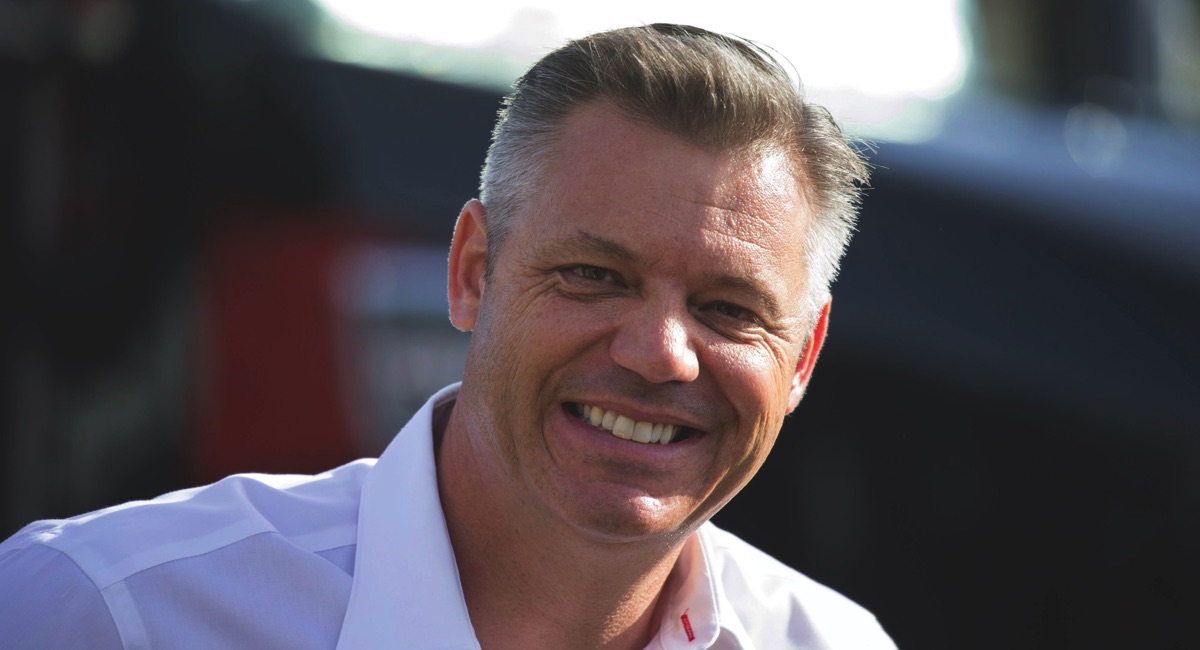 ‘On a mergers and acquisition front, you will see us being very aggressive’

After taking the a road trip around Australia this week, new APN Outdoor CEO James Warburton hosted an event last night in Sydney to outline the company’s plans.

Warburton has returned to the media in his new role after several years as CEO of Supercars. He has also returned to Pyrmont – last night’s function was beside his former Seven West Media office and his APN Outdoor executive suite is just metres from his former home at Network Ten.

Addressing an audience of agency buyers and outdoor partners, he explained how difficult 2017 was, given if the merger went ahead with oOh! APN Outdoor would no longer exist.

Warburton said a good comment that describes APN Outdoor was that it was a sleeping giant. “We have perhaps been too focused on what we are. We are #1 in lots of sectors and #1 metro. We are #2 in airports but there are a lot of tenders over the next two years and we have a strong ambition to get back to #1.

“Our over-arching plan moves us from being asset-led to audience-led.”

His key words were transformation, innovation and acquisition.

He signalled a complete brand refresh, which will be previewed next week ahead of the full reveal of the work Hulsbosch is doing later in the first half.

Warburton talked about a new flatter internal structure, and he paid tribute to several executives include COO Andrew Hines. Mark Fairhurst has joined the executive team, with Warburton noting this is the first time sales has been represented at that level.

The company is also recruiting for a new role – chief innovation and strategy officer. “A heavy hitter is needed to lead us into digital transformation and working on the future of our business,” said Warburton.

As to the revenue plans, Warburton talked about what he called a retention-first policy, something we saw play out this week with the Sydney Trains announcement.

“I wouldn’t bet against this company. We are fierce and competitive in everything we do. We will also be very focused on thinking about adjacencies to our core business – street furniture, retail and other areas.”

He noted there is an extraordinary opportunity for the business in the next two years. “There are huge market tenders coming around for lots of our competitors. I love pitching and we will be doing a lot of pitching, I can guarantee.

“On a mergers and acquisition front, you will see us being very aggressive. We are hungry with a great balance sheet and we will be looking for bolt-on acquisitions and where we can head in the future.”

Warburton did caution that their plans will take time and that he was just 20 days into his outdoor career.