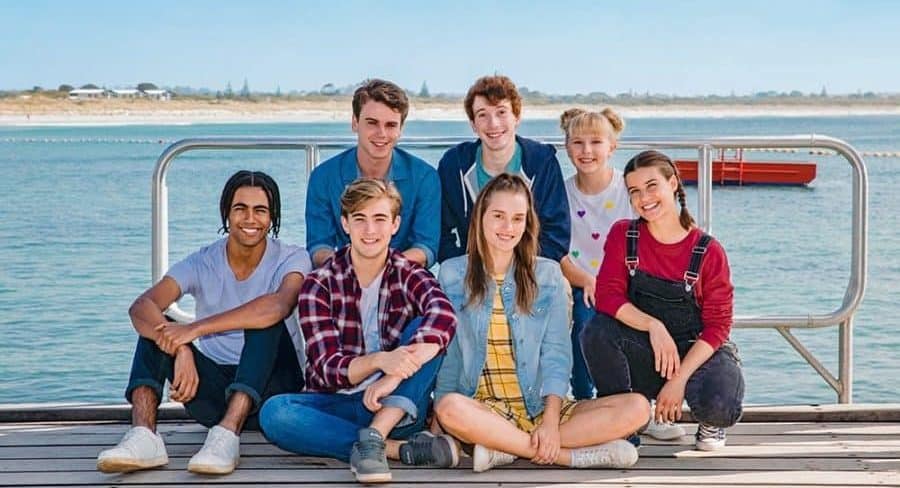 ABC Commercial is returning to Cannes with a new slate of comedy, factual, lifestyle and children’s titles. Top of the 2019 children’s slate and new to market is Itch (HD 10 x 24’), a high-octane, fast-paced action-adventure for primary to early secondary school children, based on the best-selling children’s books by Simon Mayo.

Mayo is a revered British author and broadcaster who spent 18 years with the BBC including long runs hosting the BBC1 breakfast show and then other time slots on radio in mornings and drive.

From award-winning producers Komixx Entertainment (The Kissing Booth), Itch explores the nature of good and evil and in doing so, champions intelligence, knowledge, courage, friendship, working together and growing up. This new series chronicles the adventures of Itchingham Lofte, a science-obsessed teenager who has the unusual hobby of collecting the elements of the periodic table. When he discovers a powerful new element, Itch is forced to go on the run to protect it from a sinister organisation.

ABC Commercial will launch Itch to market at MIPJunior on Saturday, October 12 with a sneak peek screening followed by a Q & A session. Panelists are:

The panel will be discussing their successful cross-border collaboration. With stunning set locations and attractive co-production opportunities they will also explore what is currently driving the vibrant Australian production industry, why it is a great place to produce television, and how to leverage global partnerships to create content that travels.

The ABC’s Jessica Ellis said “The ABC is the most popular broadcaster of children’s programs in the highly competitive Australian environment, ABC Commercial is thrilled to be launching this first-class content at MIPJunior. We have built an excellent campaign around Itch and are confident it will resonate strongly with buyers in the international market place”.

Ellis added “ABC Commercial has been working hard on expanding our portfolio of children’s and young adult content, the distribution approach will also be presented in the Itch panel discussion.”

When TV and radio broadcaster and author Simon Mayo wrote a short story for his 10-year-old son in 2012, he never imagined that it would become part of a successful chain of best-selling novels in the UK, let alone a TV series set halfway across the world in a coastal town on the southern edge of Western Australia.

“We felt the Great Southern landscape of regional Western Australia was quite similar to the rugged coastline of Cornwall in the UK, where the ‘Itch’ novels are set,” explained Komixx MD and Itch Producer, Amanda Morrison.  “Both locations share stunning natural vistas and provide dramatic, picturesque backdrops, so, given those similarities and the universality of Itch’s themes, moving the TV series to Australia was not such a giant leap.

“Itch is a fantastic story over three books with a dedicated, enthusiastic readership and we believe that the combination of interesting characters, science, environmentalism, adventure and intrigue makes for a great TV series,” said Melanie Halsall, Komixx Head of Development and Writer/Producer of Itch.

Executive Producers for ABC are Jan Stradling and Libbie Doherty.