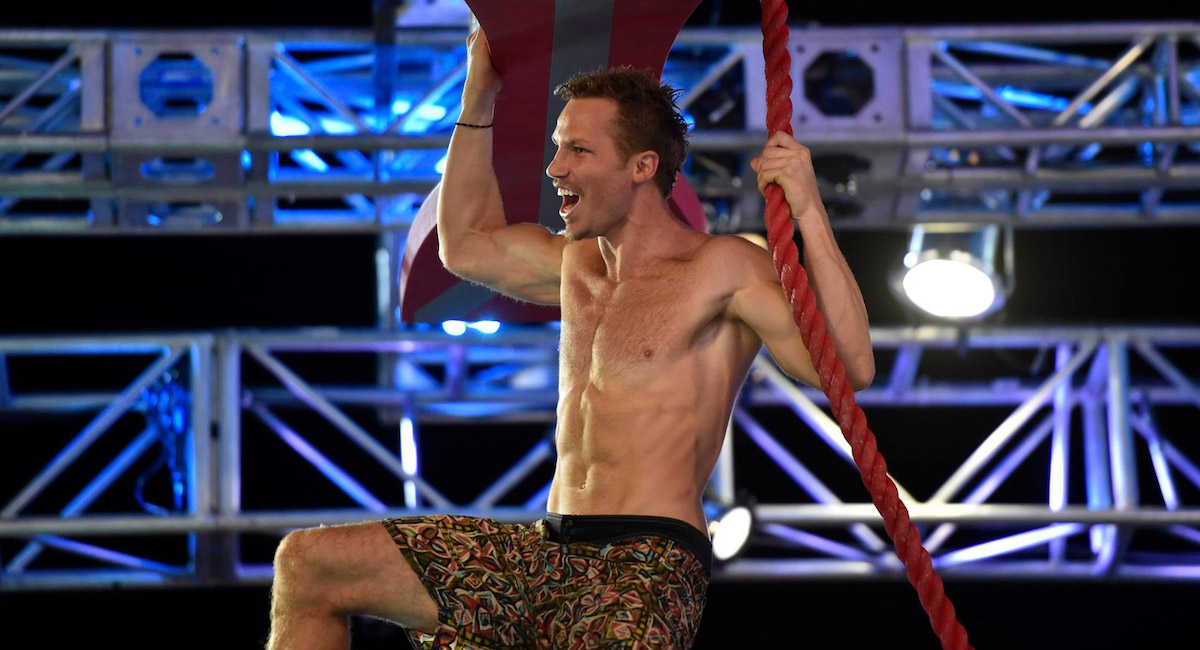 There was only one game played last week in the NBA Finals series so it’s the first time in three weeks that ABC didn’t own the top two shows in our US chart. NBC’s talent competitions America’s Got Talent and World of Dance occupied the next two spots and the network also had the latest season of another competition show American Ninja Warrior premiere at #12.

It was a quiet week in the UK chart with ITV’s Coronation Street topping the chart and two other popular weekly soaps within the top four spots – BBC One’s EastEnders at #2 and ITV’s Emmerdale at #4. Premiering on the Monday night was season 3 of BBC One’s Poldark charting at #3. 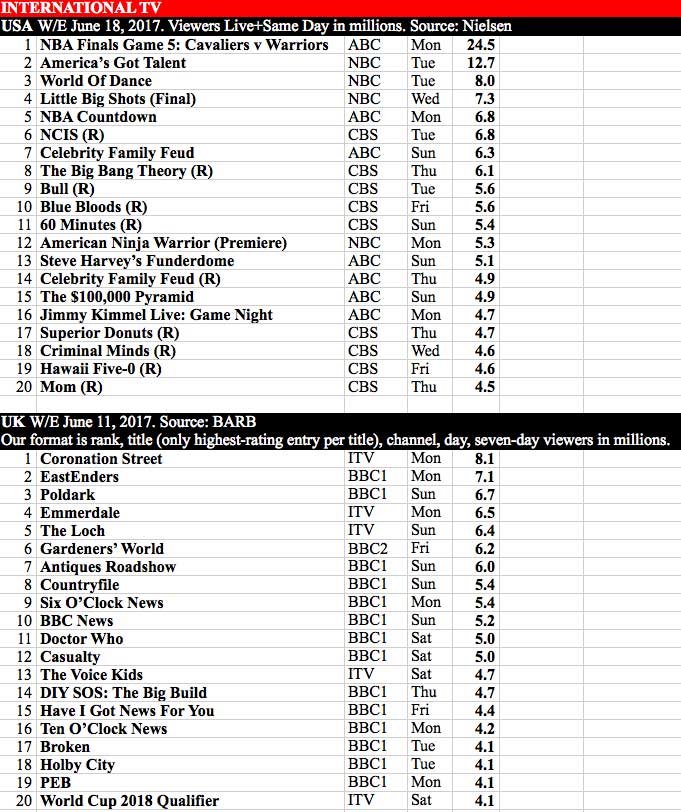