Once again the top two places in our US chart were occupied by games from the NBA finals winning large audiences for ABC. The network also did well with the return of its Sunday night lineup: Celebrity Family Feud, Steve Harvey’s Funderdome and The $100,000 Pyramid, all charting in our top 20.

In the UK, the fundraiser for victims of the bombing at Ariana Grande’s Dangerous Woman concert in Manchester easily dominated the chart. 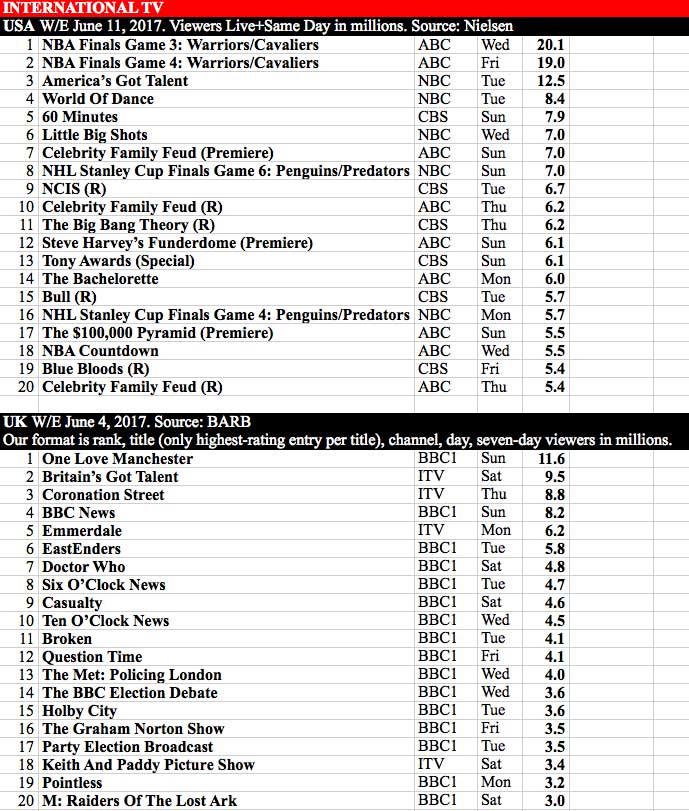