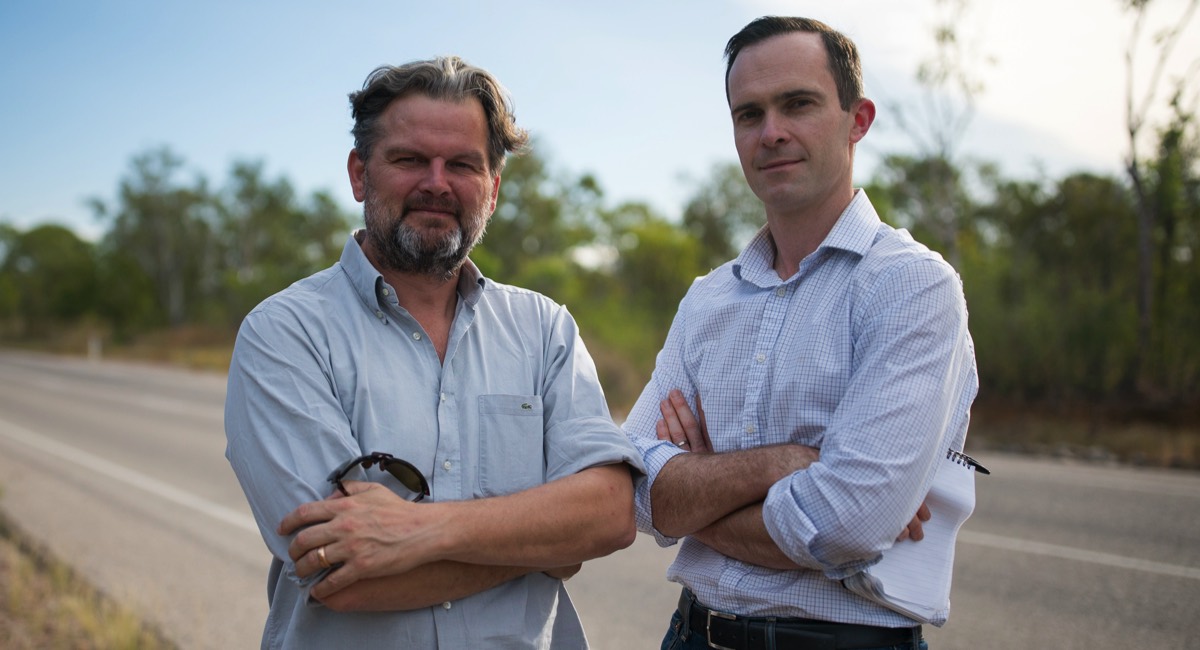 The latest multimedia offering from The Australian is The Queen & Zak Grieve, which launched late in August as six 13-minute videos. The series sees reporter Dan Box investigating the case of a young Aboriginal man facing life in prison for a murder he did not commit.

Subscribers to the newspaper get all episodes at once while others get to watch it via episodes released one day at a time. A 90-minute version is screening on Foxtel’s CI channel later in September.

This is Box’s first major project since his Walkley Award-winning work on the Bowraville podcast series, which was released last year.

Box spoke to Mediaweek at the end of what was a pretty hectic week – he was busy conducting interviews to promote the series, filing stories about some dramatic developments in the case, conducting several speaking engagements for The Australian and The Walkleys plus packing his bags.

Not long after he spoke to Mediaweek, Box left for England. Not for a holiday, but for good. He has quit his job on the paper and gone to live in the Peak District where he will write a book on Bowraville and then work as a freelance journalist – living the dream!

Although he was happy to sit in the Mediaweek studio with us late one afternoon, he admitted that he was at his limit workwise. “If one more thing comes in…I am either going to snap or cry.”

When we suggested that Box had a knack for finding a story where there had been an injustice, he admitted: “I can’t claim to have found this story. This whole project came about because someone from the TV production company In Films, Ivan O’Mahoney (pictured with Box above on the left), approached us with the idea of doing it. Nor can I claim credit for finding the Bowraville murders story. “I initially told them it was never going to happen. I told them TV would be too expensive. Bowraville was made on a shoestring and we were able to manage that. With TV there are so many more costs. In Films have remarkable production values and what they have made is visually beautiful. When I told them newspapers don’t have that sort of money, they came up with a model where The Australian put in some of the funding and Screen Australia contributed the bulk of the funding. Foxtel and Create NSW also contributed and the series will screen on Foxtel.

“The thing is both these stories have been reported before, at the time of the killings and subsequently. But what we are doing in both is really, really going into the stories in depth, taking the time to do it as well as we possibly can.

“With the Bowraville podcast and The Queen and Zak Grieve videos we are letting the people involved tell the story in their own words rather than me as the reporter telling the story for them.”

Box spent some time talking about the intricacies of the Zak Grieve case, but it is too detailed to reproduce here in full – it’s best listened to on our podcast.

“Real life is always more complicated than you’d like it to be as a reporter,” admitted Box. “If I could reduce real life to almost headlines then my job would be a lot easier.”

Working first in audio and then in video was a significant change for Box. “It was an opportunity and a challenge. The opportunity is you can tell the story in different ways. We needed to keep the audience coming back for each episode of Zak Grieve – I had to finish each either on a bang or on a hook.”

The success of both investigations has given The Australian a new way to engage with its audience and offer something new. “The Australian has developed new storytelling models which it will be able to roll out for other topics. The way we tell this story on a mobile is different from how we tell it on the app from how we tell it on the internet. They have developed software for all of that. It has been a precedent that we should be able to use again.

“We have learnt a story can be reported this way and there is no reason that other people can’t do it better.”

“We do show off how we go about our job and some of the ethical dilemmas we face that often don’t make it into the newspaper.”

Box admitted he was not without fault and at times during Zak Grieve was making up how to best cover the story visually as he went along. “I just hope I made the right decisions.”