To a packed room of enthusiastic media buyers, journalists, and other media types, Ten launched Australian Survivor. A local version of the format popularised by the CBS version from the US hosted by Jeff Probst, Australian Survivor is set for the final quarter of 2016 to be hosted by Jonathan LaPaglia.

During the evening, host Sandra Sully introduced the eagerly anticipated LaPaglia. Australian Survivor is the first hosting job by LaPaglia, who has built a steady career as an actor in US series including Seven Days, New York Undercover, and The District, as well as local series The Slap, Underbelly: Badness, and Love Child.

After the presentation, Mediaweek spoke with series executive producer Stephen Tate about the series. Tate, who was set to fly out to the shooting location in Samoa just 48 hours later, made it clear that working on the series was a professional dream come true. How long has Australian Survivor been in the works?

I’ve been trying to make this happen for quite a long time. A lot of formats take a long time to come to fruition because the rights might be held by other people, or there could be a tape sale or something that could prevent it. So, we had to wait for the right time. Also, we had a need at the end of this year and we like to do shows that are splashy and big. You don’t get much bigger than Survivor.

This is not the first time that Survivor has been tried in Australia, with Nine initially producing a version in 2002, and Seven mounting a celebrity version of the format in 2006. Was that a concern when approaching this?

In a way it is a challenge, it really throws down the gauntlet to make sure that we get it right, so we left no stone unturned. We want to make this authentic. We want to stay true to the experiment. It is the most successful format in reality television throughout the world. So, there is no reason why we can’t do a really great job of that. To that end we’ve enlisted Endemol Shine as our production partners to make this. We know through working with them on MasterChef and Bachelor and Bachelorette that they’re going to do an extraordinary job and, as it turns out, their corridors are riddled with Survivor superfans. So, they jumped at the chance.

The production value of the US version is impressive. Can Australian Survivor match that?

We set out to be the best that we can possibly be. We made sure that we had the finance to do this properly before we took it on. We wouldn’t do it if we couldn’t do it properly.

I will be there for the entire 55 days. I leave on Friday. I haven’t been to Samoa yet, so I’m really looking forward to it.

Will you be staying in a town and travelling to the set?

That’s actually really important when you’re looking at a location for Survivor because it does actually need to be remote. There are some practicalities that you need to take into consideration around housing a crew of 200, feeding them, and making sure that they have some stimulation outside of work. Samoa provides a great location for that. Also, it’s a proven location. The US have been through there a couple of times now. We’re not using exactly the same locations as them. But, for our first one, we wanted to go with a location that has been broken in by the US.

Will there be previously built structures in place?

No, because the contestants build everything themselves. As far as the actual experience for the contestants: they turn up on a beach and they have to survive. As far as the crew is concerned, we will be using local amenities and the Samoan Government has been amazing. They could not be more helpful and welcoming. For that reason, it was a great decision to go there. 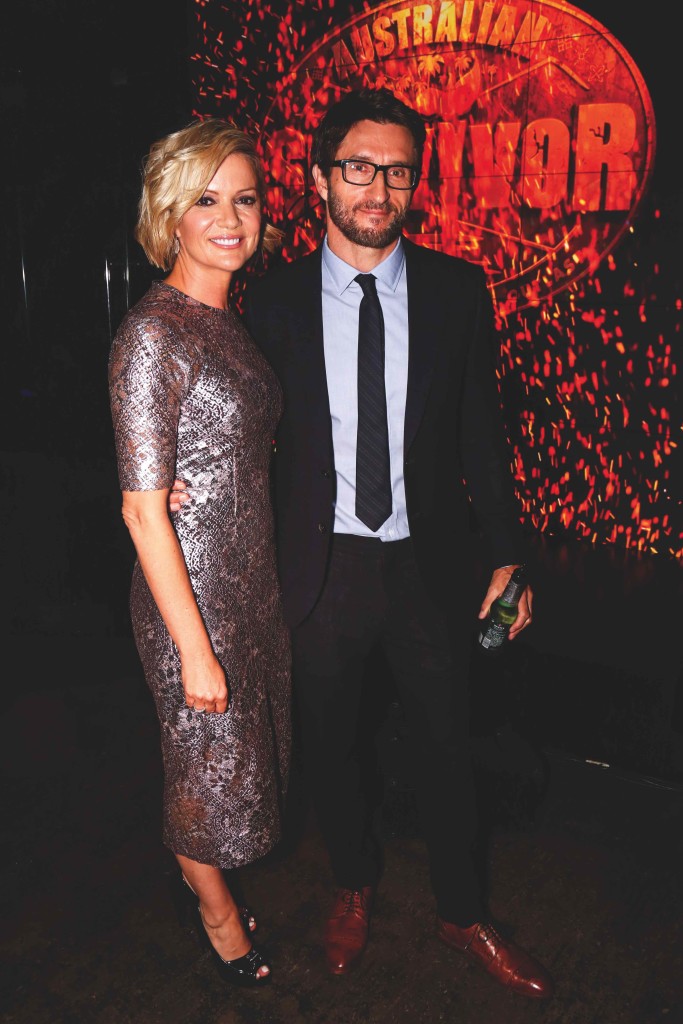 What sort of safety precautions are in place?

We have a full safety team, particularly around the challenges – the immunity challenges. As far as actual camp life is concerned when they are on their own, they are actually on their own. This is real. So, yes, there is the potential for injury. Obviously we’re ready to jump in and help at any time. There is always somebody on the crew observing them, but it’s very important that they get the full experience of genuinely surviving on an island.

What happens if a crew member is injured?

We have to actually have redundancies for almost every position because, as we’ve discovered on other formats like I’m A Celebrity, when you’re working in an extreme and remote environment, you can’t just pick up the phone and call somebody in. You need people that are capable of multitasking and it’s all hands to the pump at various times.

What makes the Australian version different from overseas?

What we want to explore is the concept of mateship. We think that’s a really strong, central theme for an Australian series. We’ve set the prize money at a level that would be a real dilemma as to whether you would stab a mate in the back or not.

It is a game, but it’s also very close to real life. You can actually see your office politics, your family dynamics in this format in an absolutely extreme way.

What made Jonathan LaPaglia the right host for the show? He certainly looks the part.

His looks are a happy accident. That’s actually not why we cast him. The reason why we cast him was we were throwing out a lot of ideas and we actually started the casting process before we announced the series, which meant we were able to have a few quiet chats with people before news got out. Jonathan has qualities that almost nobody else that we spoke to has. He actually studied medicine before he went into acting. He’s also so incredibly physically fit that you almost believe that if he were a contestant, he’d win it. On paper he’s the perfect host. What really nailed it was he actually did a screen-test for us absolutely off his own back in his own lounge-room in LA and we all looked at it and the search was over.

Was LaPaglia’s American accent a concern for Australian Survivor?

It’s not an issue at all. Accents on Australian television are welcomed. I want him to be who he really is. He has a slight accent. I don’t want him to pretend he doesn’t. He’s not acting in this role. He’s actually Jonathan LaPaglia for the first time in his career.

What sort of qualities were you seeking from a host?

The most important thing is they actually had the game in their head at all times. That’s not just the physical game, it’s the mental game. Jeff [Probst] has been such a success at this for 32 seasons because he is one of the executive producers of the US series. We’re really encouraging Jonathan to be across all of the decision making and with us in the executive producer bunker at all times so he knows all of the twists of the game.

US host Jeff Probst is an expert in the Survivor game mechanics. Will LaPaglia match that?

It was important that they met. Jeff was able to download as much as possible to Jonathan.

How many episodes of Australian Survivor can we expect to see?

You can see by the fact that it’s 55 days. One of the longest shoots in the world. The US is 39 days. I think the longest ever has been 60 days. There will be a lot of content. These days it has to live on so many platforms and we’ll be finding a home for it everywhere that we can.

Will we know the contestants on the show before the show launches?

We want the audience to get to know the contestants and to be as invested in the contestants as possible. We’re also incredibly excited by the people that we’ve cast. 15,000 applications. In my time at Ten, I’ve been there for nearly 16 years. The only other show that had that number of applications was series 2 of Idol. It’s six times what a reality series usually gets to apply.

How engaged have the format owners been?

Castaway owns the format internationally and we have a Castaway fly-in producer with us in Samoa. She’s already been out and we’ve had sessions with her to talk about the way we’re tackling this show. The insights have been incredible. I’ve been a fan since the first UK series – I was working in the UK when it hit the screens. It’s always been on my bucket list as a show I’ve wanted to work on. To be able to EP it for the network is a dream come true.