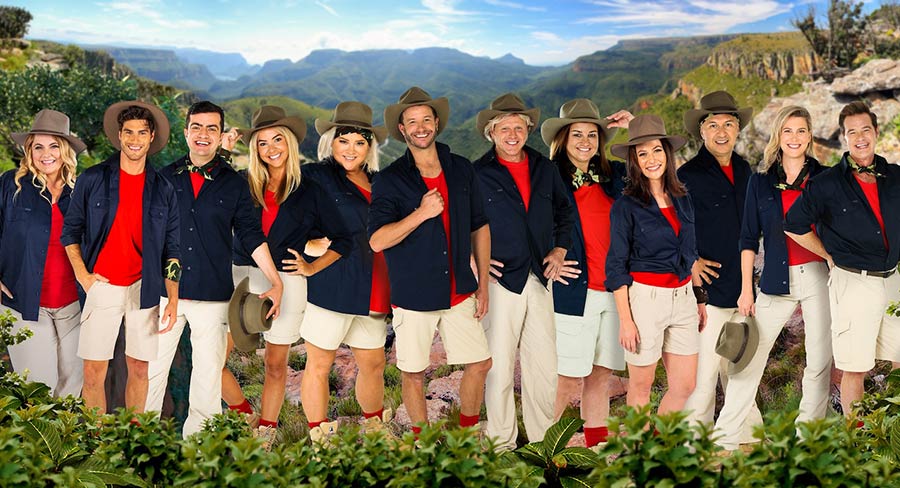 The first episode of the new season of 10’s I’m A Celebrity…Get Me Out Of Here! revealed the diverse group of contestants entering the jungle this year.

Stepping out of the safari car first were gossip guru Richard Reid and former Tasmanian Senator Jacqui Lambie. Their welcoming party was cut short when the dynamic duo were whisked offsite to compete in the season’s first epic challenge, Bombs Away.

Arriving at a demolition site, jungle style, Richard and Jacqui were met by hosts Julia Morris and Dr Chris Brown who informed them that they would be competing team captains, fighting it out for a worthwhile advantage. Sitting in the firing line of air cannons filled with paints and powders, the duo each had to answer a series of questions. An incorrect answer saw the cannons deliver a spectacular explosion of colour to the face, and while Richard confidently wore a pair of white skinny jeans, Jacqui narrowly defeated him.

Back at celebrity HQ, the remaining contestants made their way up the jungle red carpet.

Australian host, actor and reality television winner Luke Jacobz was joined by controversial host Ajay Rochester, who shamelessly confessed to him that she liked to fart in bed. Classy!

Joining the television twosome was footy legend, and all around top Aussie bloke, Dermott Brereton, who left Ajay flustered and lost for words.

The 10 celebrities were later told they would be split into two teams, with captains Richard and Jacqui at the helm.

Having won the challenge earlier, Jacqui’s advantage was to have first pick of her team.

The contestants also found out there would be a split camp. One side of the camp boasting five star accommodation, while the other side a place no reputable online booking site would list.

People looking carefully at the supplied photo will note we have listed 10 contestants so far and there are 12 in the photo.

The second episode will reveal Gogglebox armchair critics Angie Kent and Yvie Jones crash camp, while Ajay and Richard take to the skies in an epic helicopter trial.