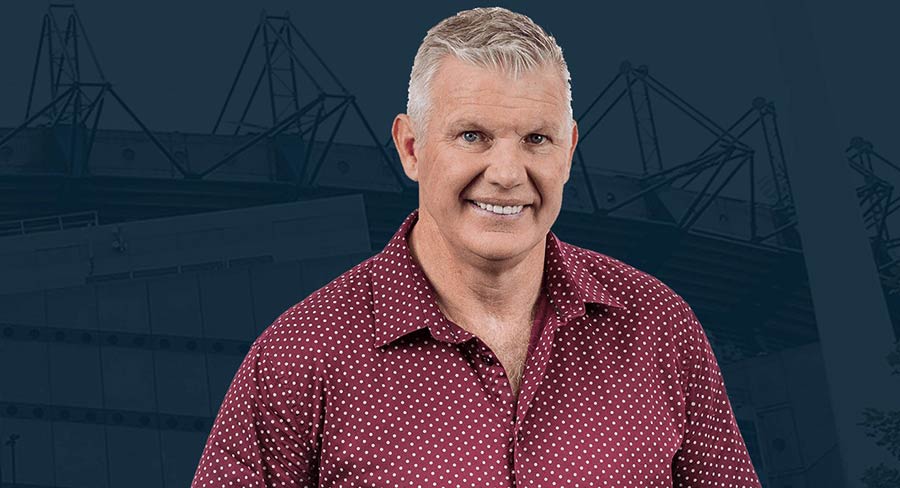 Crocmedia was hurting as much as anybody this week when news of the death of Danny Frawley came through.

Frawley has worked with the Crocmedia business for the best part of a decade, chief executive Craig Hutchison told Mediaweek on Tuesday.

Sports journalist-turned-TV executive Hutchy was clearly still shattered by the news of his good friend and one of his key talents had gone.

“We loved him. Our business is big in regional Victoria and regional Australia, and he loved the country. He was a man of the land and he loved country people. He loved people from the bush just a little bit more with is enormous heart” said Hutchy.

“He was still the host of our regional television show Off The Bench on SCA. There will be a tribute to him on that show this Thursday night when we bring all the former hosts together to remember him.”

The shows are broadcast every Thursday from Crocmedia studios in Melbourne, but Frawley had taken last week off.

Frawley was very much part of the Crocmedia family – he was managed by the associated company Bravo Talent Management and his daughter Chelsea Frawley works for Crocmedia as strategy and solutions manager.

“Our offices are doing it very tough today,” Hutchy admitted.

“We are working with Triple M on how we might come together for a special broadcast to acknowledge his radio journey.” Hutchy has been talking to Triple M’s Fitzy to work out the details.

Frawley was all-consumed by coaching during his time at Richmond, the move to Triple M was important in bringing his excitement and humour back, said Hutchy.

“We were working with him simultaneously in regional markets during those years. Before I arrived at the radio station he joined SEN.”

Regarding his mental health problems, Hutchison said: “He was so courageous sharing his struggles in the past six years. I don’t think anyone understood the depth of them.”

Frawley hosted a radio show about mental health called No Man Should Ever Walk Alone and the program ran for a number of years on SEN and more recently returned occasionally with special episodes. “He wanted to give everyone who was struggling a chance to share their struggle.”

Hutchy said Frawley was also full of ideas. “He was a rampant texter and on the phone often ringing around his mates. Everyone loved him, it didn’t matter if you were wearing a suit or a pair of overalls, a politician or a plumber. He walked in all circles.”

Frawley had been working for several years on Crocmedia’s AFL Nation syndicated AFL broadcasts. The business had been key to Crocmedia’s growth and Hutchison credited Frawley as part of the success. “That call is heard around the country in many regional and metro markets. His readability to the bush was a big part of his appeal to us.

“He was a brilliant radio talent. He was infectious. An incredible storyteller and he loved taking the mickey out of people. If he had one morsel of information about you he would hold onto it all week like an excited school kid and use it on the weekend. He’d have a laugh at you, but also laugh at himself too.

“Some people have the entertainment gene and he had it. The people that he worked closest with – Jason Dunstall on Fox Footy, and Garry Lyon when they were both development offices at the AFL – are both really battling.”

As to how good Frawley was working off the cuff, Hutchison said: “I don’t think he ever saw a script in his 20 years in the media. He broke every rule, just look at him on The Bounce. Australian kids and families love that show.” Hutchy said he didn’t understand that until he got together with his partner and her kids.

“He reached a whole new generation in the last few years. The Golden Fist is a much-mimicked award on Sunday nights.”

Hutchy said he supported the online petition aimed at making The Golden Fist an annual award. “It would be sensational on Brownlow night and I hope it happens.”