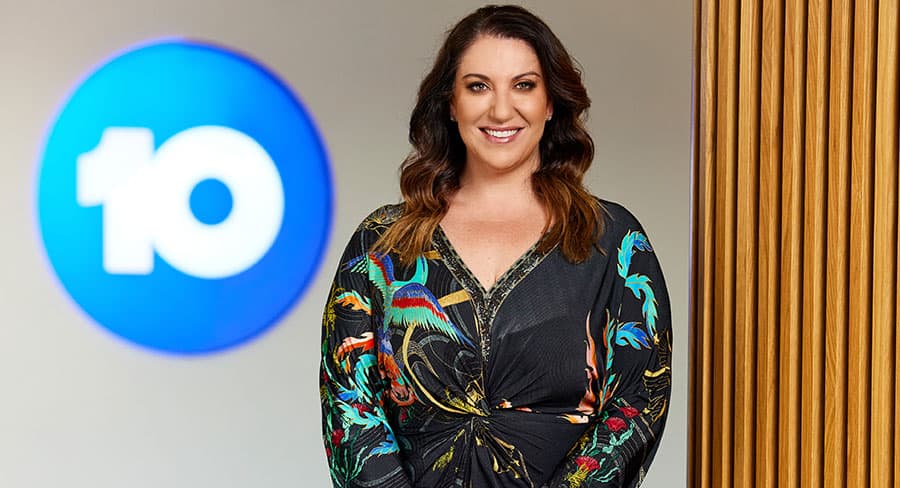 I’m a Celebrity… Get Me Out of Here! has given 10 a strong start to the year. Season 7 of the show achieved its highest ever commercial shares with an average of 853,000 national viewers, its biggest total audience since 2017. The season is #1 in all key demographics.

Mediaweek caught up with Network 10’s national sales director Lisa Squillace to discuss how the commercial team made the most of its launch program.

Squillace said that 10 was happy with the commercial results that I’m a Celebrity has achieved to kick start the year. The show has gained six new sponsors while only losing one from 2020.

“We have had a fantastic start to 2021, continuing our momentum from 2020 and have had an amazing launch platform in I’m a Celebrity to launch our other programs, which is super exciting.

“This year we have not only been able to commercialise this format but to do it with super relevant clients who are extremely happy and have seen success.”

Producing I’m a Celebrity during Covid

Due to COVID-19 restrictions, I’m a Celebrity went from the South African jungle to the North Queensland bush, using the same set as the UK and German iterations of the show, which Squillace said has worked out well.

“It also allowed ease of product being delivered as well. When the show was based in South Africa, we would get so far down the road that we were ready to go and we just couldn’t get the product over in time.”

Squillace said that the ratings, paired with the feeling of old-fashioned family entertainment, has been part of the broad appeal to sponsors. The Effect team also worked hard to incorporate the commercial elements into the show without affecting the product.

“Those guys are really married up to our production team, as well as our programming team, and are our conduits between the marketers and programming. We have a range of brilliant processes which craft the briefs together with the agency and collaborate the whole way through. What is also distinct to 10 is that we allow clients to view and see the sets and integration highlights before the shot goes to air – which doesn’t happen everywhere – to avoid nasty surprises.”

When asked for a few examples of this year’s integrated partnerships Squillace offered up a few examples the first was the show’s partnership with Youfoodz, who featured in a hungry games trial but also had digital sponsorship and Premium Pause activation on 10 Play.

“They were a new sponsor this year which we tied into the general theme of hunger. Those celebrities are really hungry, and with the relevancy of a food challenge and supplying a Youfoodz meal to the celebrities enabled authentic comments and they were genuinely excited, and this elevates the association.”

When asked for comment on the partnership CMO, Simon Jarvis, from Youfoodz said: “We had direct and consistent communications with the team to get our product exposure to the standard we needed. Within the first week of our activation appearing in the program, we saw a considerable increase of new visitors, helping drive conversions and achieve KPIs for the week in review. Overall, this activation delivered a strong and positive impact for Youfoodz weekly performance.”  .”

Another example offered by Squillace was Origin, which has benefited from being associated with I’m a Celebrity for three straight years.

“It was their third year on the show, and they keep coming back which is really good because they can capitalise on their association from a multi-year partnership.

“Origin tied into the cultural goodness of the show and have demonstrated energy being used in a good way.”

Jeremy Weiss, group manager, marketing and third party sales at Origin said of the partnership: “The program is delivering some good old fashioned family-friendly entertainment, and the ratings are proving this is what people are looking for right now. Through our partnership with the program, 10 ViacomCBS have helped us to bring to life, in a fun way, the type of good energy we try and bring to customers every day when they move to a new house with us.”

The third case study that Squillace mentioned to Mediaweek was the cushy sponsorship that the show had with Plush, which was able to feature in the show in a few different ways.

“Plush has quite a large swivel chair and Dr. Chris and Julia have hosted off that swivel chair several times throughout the series and that showed the comfort and the features of the chair.

“We also used the product as a clue for intruders. When we had Simon and Adam who are ex-Goggleboxers, we actually used the Plush swivel chair to hint at who they were.”

When asked how these campaigns help clients like the ones listed above Squillace said that audiences who are super engaged are more receptive to relevant brand messaging.

“The more aligned you are to the show you are watching the more receptive you are to those brand messages. The reason why business keep coming back to sponsorships is that they get a business outcome, and they work.

“It also allows clients to not be held back by sporting code deals, and allows traditional summer clients to have a really loud voice on a very successful show.”