Emmy award-winning Brisbane-based production house Hoodlum is taking a step into feature films. While Hoodlum found success in Australia with TV shows produced for the ABC and Foxtel that involved multiplatform engagement, it was the company’s international digital productions that firmly established its credentials. Now Hoodlum is looking to expand its international reach.

Most recently, Hoodlum produced Secrets and Lies for TEN, with Hoodlum founders Tracey Robertson and Nathan Mayfield later overseeing a US adaptation of the format.

Like most Hoodlum productions, Secrets and Lies had a strong online component, with viewers encouraged to go online to find clues to solve the murder mystery. While TEN did not proceed with a second season of the show, its US counterpart found greater success, with its second season set to debut soon.

“We just sold our first American show two weeks ago with all American writers. We haven’t announced it yet” 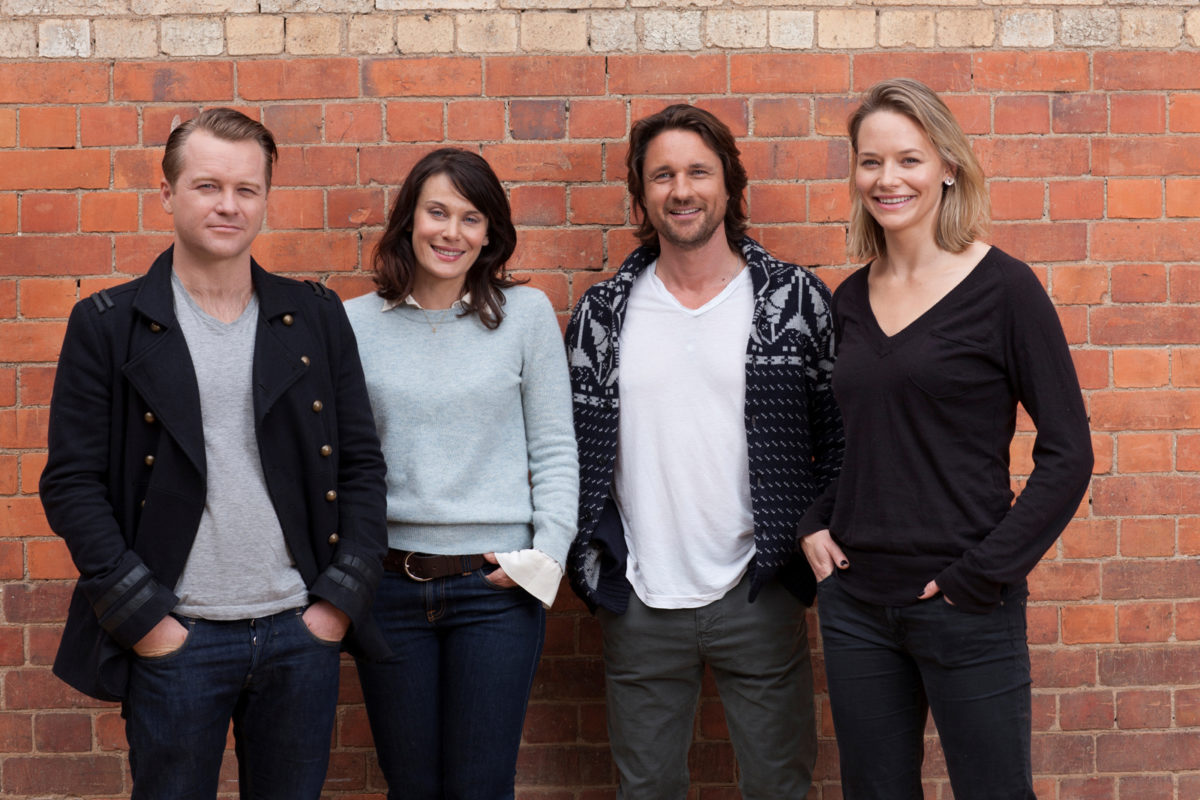 “It’s not our ambition to become purely feature filmmakers,” co-founder Nathan Mayfield told Mediaweek. “Australia Day is our first feature. This story lends itself to that format.

“We talked to Foxtel early in and they embraced it from the beginning. Penny Winn, the commissioner, said they don’t make features either, but she loved the story and has been the utmost champion. Even when the film feels like it’s almost not going to happen, they’ve never wavered. The underlying principle for them is they want to own good Australian stories, whatever the format is – more so now that their world is changing every day.”

While Australia Day is intended for a theatrical release, it will later be screened by Foxtel. The production builds on an already established relationship from Hoodlum producing the Foxtel series SLiDE in 2011.

“Even before Foxtel, Austar had been good to us. Austar wrote our first cheque for Fat Cow Motel. Whether it sounds silly or not, we’ve always had a cable TV sensibility because of how we fit outside the square with all of that stuff. That relationship has continued. A lot of people from Austar are now in Foxtel. They’ve always been champions, so it’s been really good,” Mayfield said.

For Hoodlum, it wasn’t that it sought a feature film project, but rather a feature best suited the story the team wanted to tell.

Mayfield backed up Robertson: “We’re not big enough to invest in projects that we don’t believe have something to say. We’re just big enough to risk things not happening. We strategically choose every story we want to tell and, as wanky as it sounds, it has to be meaningful to us. Secrets and Lies had something to say. All of those shows were things we knew were important.”

Hoodulm’s international push was bolstered by 2009’s Dharma Wants You, a multiplatform experience produced by Hoodlum as a promotion for US series Lost to engage fans in between its fourth and fifth seasons. The production won Hoodlum an Emmy for Outstanding Creative Achievement in Interactive Media, beating out The 30 Rock Digital Experience and The Office Digital Experience for the award. Hoodlum later won a BAFTA for a digital off-shoot of BBC drama Spooks.

Robertson is thankful for the experience that Lost offered: “That was such a great insight for us, working on a global scale with all those fans. We made mistakes, we made friends – it was so amazing to do it.”

Mayfield agreed that Lost was hugely beneficial to Hoodlum, with the Lost experience remaining in its DNA: “Interactive was a big business for us in the US. We had those existing relationships. We started concentrating back on TV here.

The US sale of Secrets and Lies encouraged Robertson to make the move with her family to the US, extending the geographic footprint of Hoodlum. Robertson’s husband Robert Humphreys is a cinematographer who has worked on a number of Hoodlum productions, but since the move has worked on Fear the Walking Dead and the current show from Lost creator Damon Lindelof, The Leftovers, which has been filming in Victoria.

Of the move, Robertson explained: “For us it opens up a market. Everyone kept saying to us that if we want to make American television, you have to go to America. We were, in some ways, naively pitching original ideas in Australia and asking ‘why can’t we pitch this in America?’ and our agent would say it is because it is not that easy to get into America and if we want to do it we have to have a track record here. People have to believe you can do it. Part of using Secrets and Lies to do that was to open up opportunities to take other material into America.

“We just sold our first American show two weeks ago with all American writers. We haven’t announced it yet.”