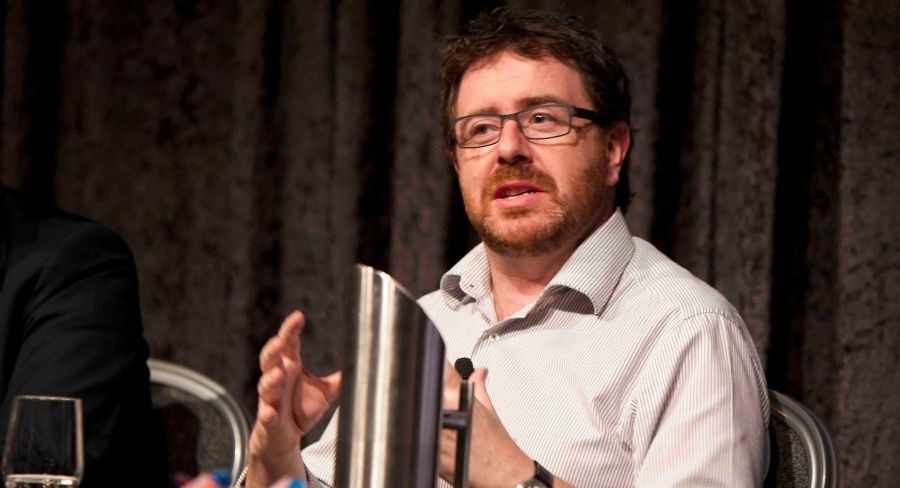 Of all the media businesses hit hard by Covid-19, none have been more impacted than the live comedy sector. The Melbourne International Comedy Festival was an early victim as were all other shows and tours that were shuttered around the country.

When it comes to major players in the comedy business none are bigger than Kevin Whyte’s Token Artists. Founder and managing director Whyte represents 40+ of Australia’s finest from longtime clients like Wil Anderson, Dave Hughes, Rove and Merrick Watts through to international success stories like Adam Hills, Hannah Gadsby and Josh Thomas. Token also runs the Comedy.com.au touring business which at present is a collection of dates for rescheduled comedy tours. 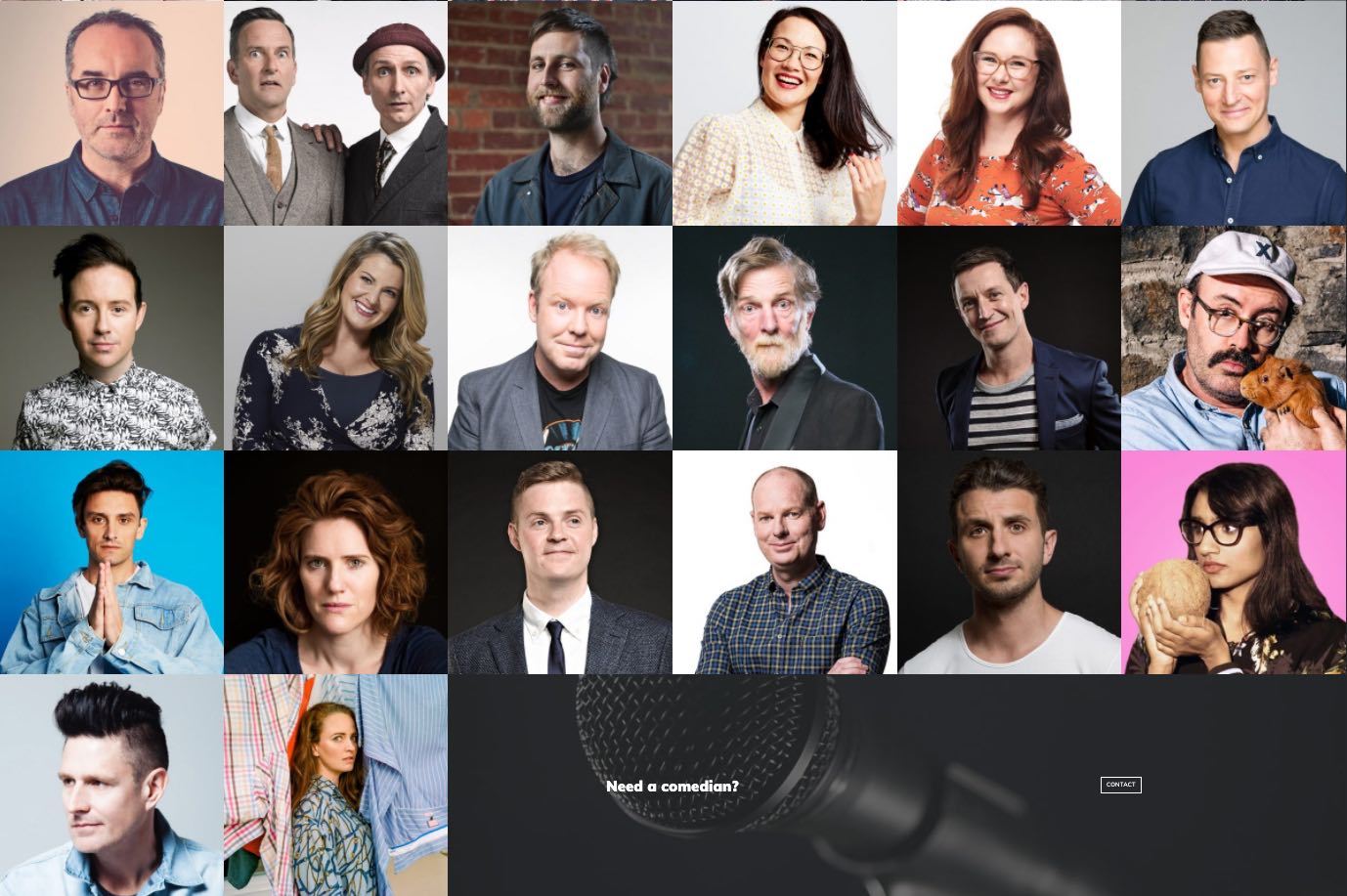 The faces of Token Artists

Also keeping Whyte busy is his Guesswork Television business and an offshoot TV investment Thinkative TV. Guesswork’s slate includes Hannah Gadsby’s Nanette, Rosehaven, Please Like Me and Get Krackin’. The Thinkative business, where Whyte is in partnership with producer Chris Walker and producer and host Charlie Pickering, is the home of The Weekly and Hard Quiz.

Having a thriving TV business has been helpful as other parts of the company prepare to start up again. 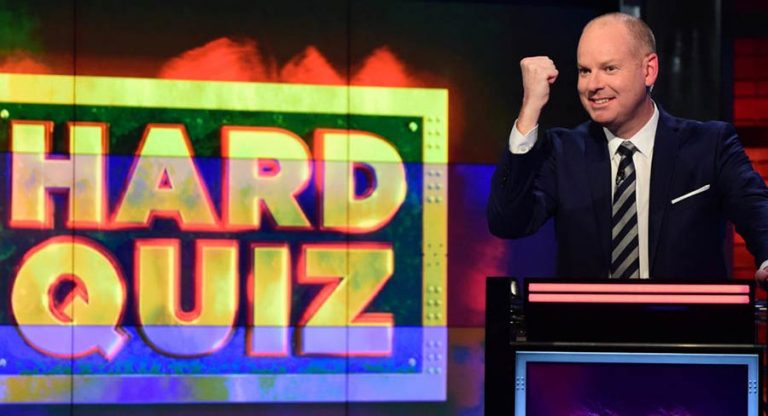 “It is such a constant joy that show,” Whyte told Mediaweek. “Chris Walker, Tom Gleeson and the whole team that build it all work so hard and get everything right from the casting to making sure the questions are properly fun. We have a great cross section of contestants all the time. It’s several weeks in a row now where it has been the #1 non-news show on Wednesday nights.

“It’s a really funny show…Tom Gleeson has funny bones. And it’s a really great old school play-along quiz. There is even a board game now!”

Whyte thinks that after a format sale to the Netherlands, there is potential for more. “We have partnered with Hat Trick who have had success with shows like Whose Line Is It Anyway? and Have I Got News for You so we are really confident it will do well. But Hard Quiz is not something you can just push out globally at once. It is about waiting for those times when it will feed a need for a broadcaster. We have had some really good conversations in the US and the UK. With the ratings that Hard Quiz is getting at the moment on the ABC we are not going anywhere fast so we have time to build confidence in the format. It is a sturdy format that works. What people want to see is a history of success and a game they can play.”

Having the Dutch version Hard Spel will also be a valuable sales tool for Hat Trick to take to market. 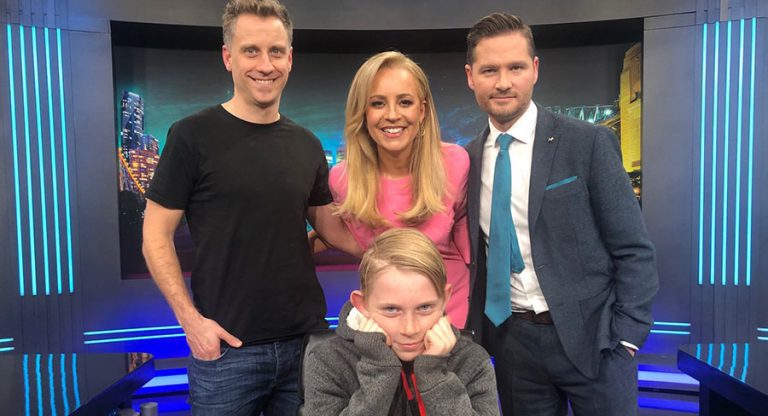 Whyte also noted the success that Walker, Charlie Pickering and producer Jo Long were also having on Wednesday nights with The Weekly. “They had to manage going without an audience and then introducing new cast and new segments this year. Having everyone working remotely was a challenge they met as those weekly news/comedy shows are like newsrooms that rely on people being in constant contact with each other. Being able to do that via a series of meetings on Zoom was a real challenge.

“I also feel Rosehaven couldn’t have found a better time to be on air. We all wish we could go to Tasmania right now. Having it in our living rooms has been great.”

Whyte’s TV success has been largely on the ABC, apart of course with the success The Project has enjoyed, where Whyte contributes talent and runs the business affairs for Roving Enterprises. As to why commercial TV doesn’t go for quirky Australian comedy and satire, he offers: “As the revenue story has gotten more difficult for commercial FTA TV it becomes harder to program outside of primetime in later slots. As a comedy person that is always a disappointment to me. But they aren’t doing it to spite us!” 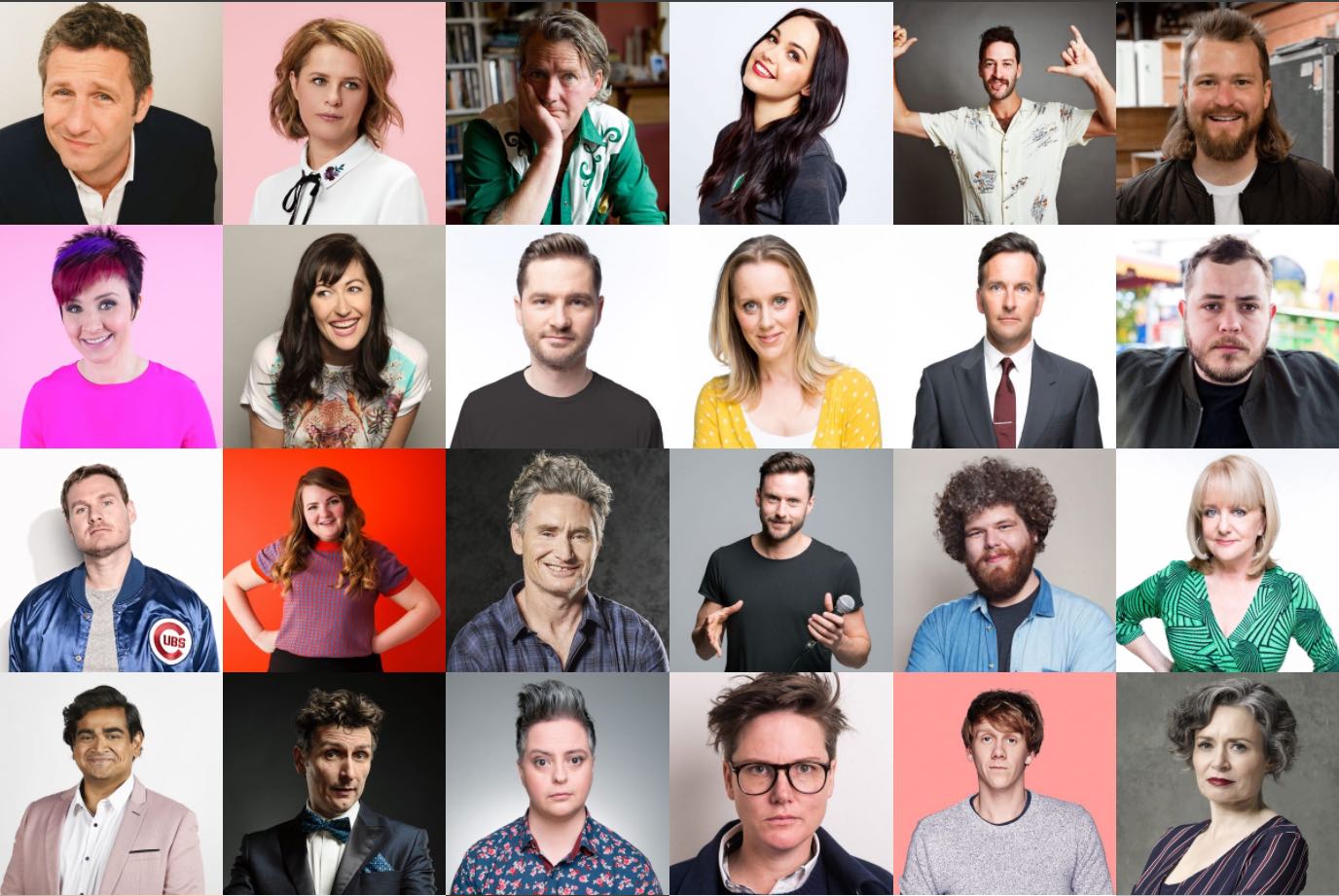 Kevin Whyte is as enthusiastic about Tom Ballard and the late lamented Tonightly as Mediaweek was. “Tonightly was great. I was really proud of the ABC for taking it on and giving a group of smart young creatives a lot of space. My understanding of [the cancellation] was that it was strictly a funding call. A lot of people at the ABC where really proud of the show and really sad to see it go. The team created something compelling and I think the stand-up format was really smart. They got rid of the frills and just focused on the words. There wasn’t an episode that I didn’t laugh hard at.

“Audiences are drawn to smart, funny people. People are interested in how other people see the world.” 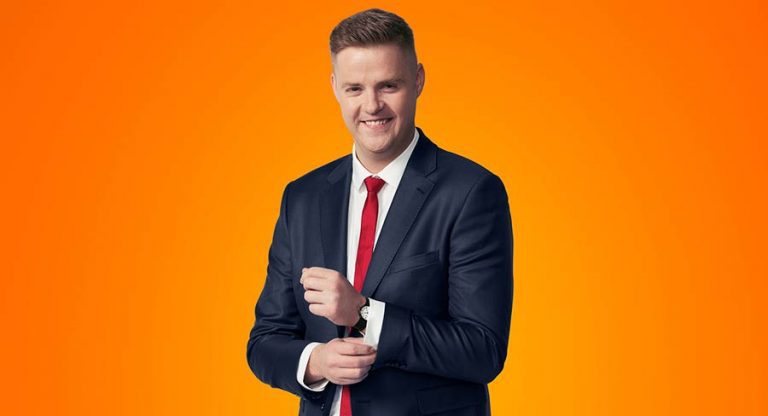 “We are different to most people in the television business because we also have a touring business. We have seen the touring business grind to a halt. Before we were even formally locked down we were talking to Stan about what became the Lockdown Comedy Festival. We developed a production method and got great directors on board like Hayden Guppy and Tim Bartley. We dropped cameras at people’s front doorsteps with instructions of how to set up. We had a director on Zoom directing the action on four separate episodes. It was great to get support from Stan helping people who had just lost their jobs. 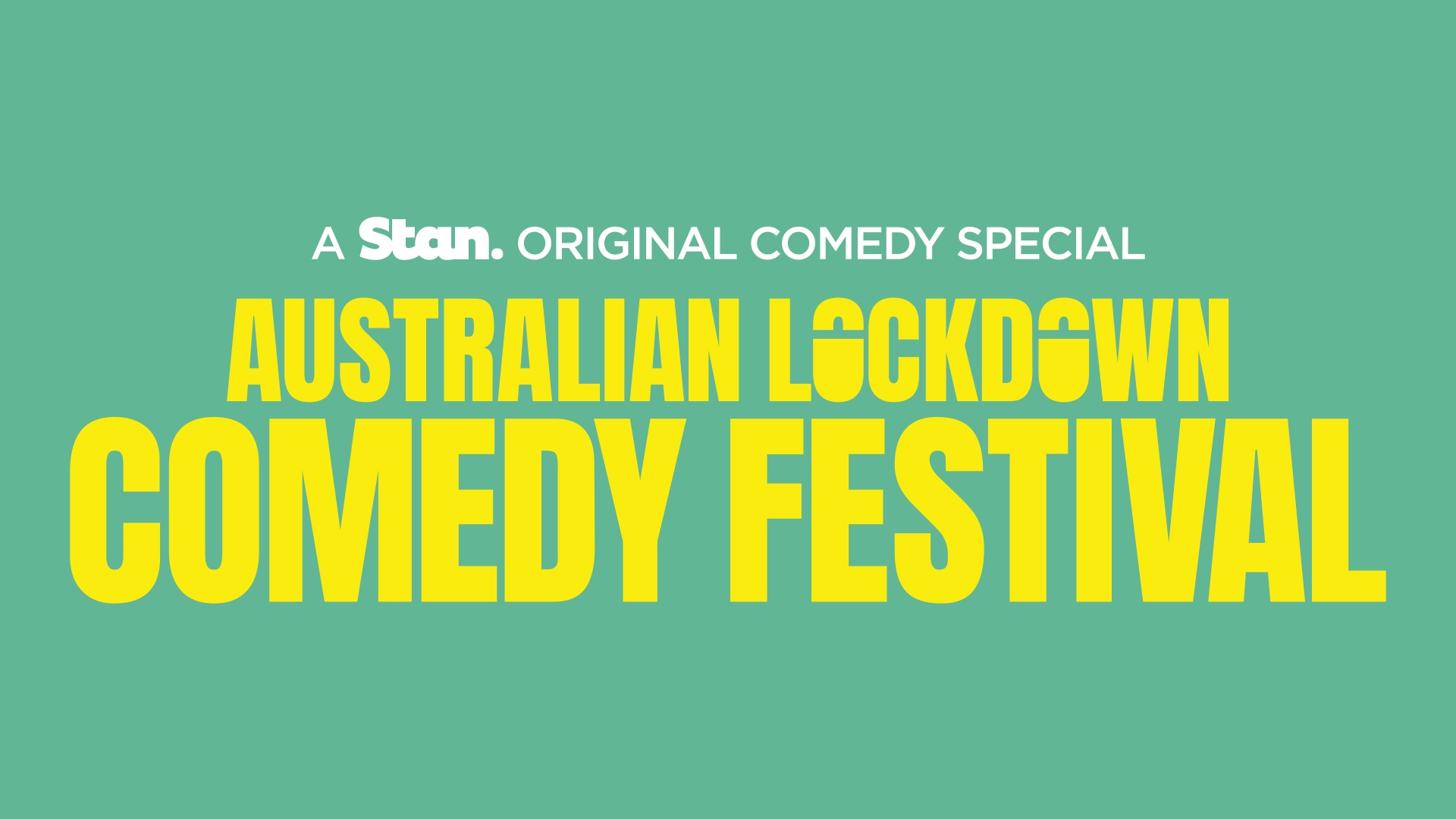 “From our artists’ perspective they are looking at the future in lots of different ways. There has been a burst of our clients working on projects in development and we have more people writing books.

“We are also working more in the audio space. That increased audio activity has involved the ABC. There are also a few things in development both with Audible and other parties as well like Spotify.

“One audible project we are working on is from the Kates [Kate McCartney and Kate McLennan] called Slushy, a narrative comedy set in Antarctica.

“Monetising audio has been tricky but there are a few players out there now. We are not at the same level as they are in the US, but we are getting there.”

“One of the things that worries me about the TV landscape is, when we come out the other side of Covid, and Australian broadcasters are very crafty and entrepreneurial, what will it be like? There are conversations around local content requirements and hopefully we will get a regulatory framework that is going to put Australian IP front and centre. I’d love to be able to see all the great Australian crews working on Australian IP. Ultimately that is what is going to make the sector sustainable. We have always batted above our weight in terms of creativity. We should be realising our ideas for the world – that is what will bring the revenue back in. If the shows are getting made here because they are set here and written here, our directors are going to want to work here with their crews and actors. That’s how we get a sustainable industry. Are we going to see a framework that means some of the money that Australians spend on subscription services remains in Australia making Australian programs?”

Whyte: “A lot of clients have been looking to us for solutions and confidence at this time. While there has been a little more demand on my managers, having the privilege to work with interesting, smart, thoughtful, insightful and creative people actually helps us through. Where we are really lucky is we are dealing with smart people who are constantly trying to make sense of this for themselves and their audiences. The great secret of management is that it’s a two-way street.”