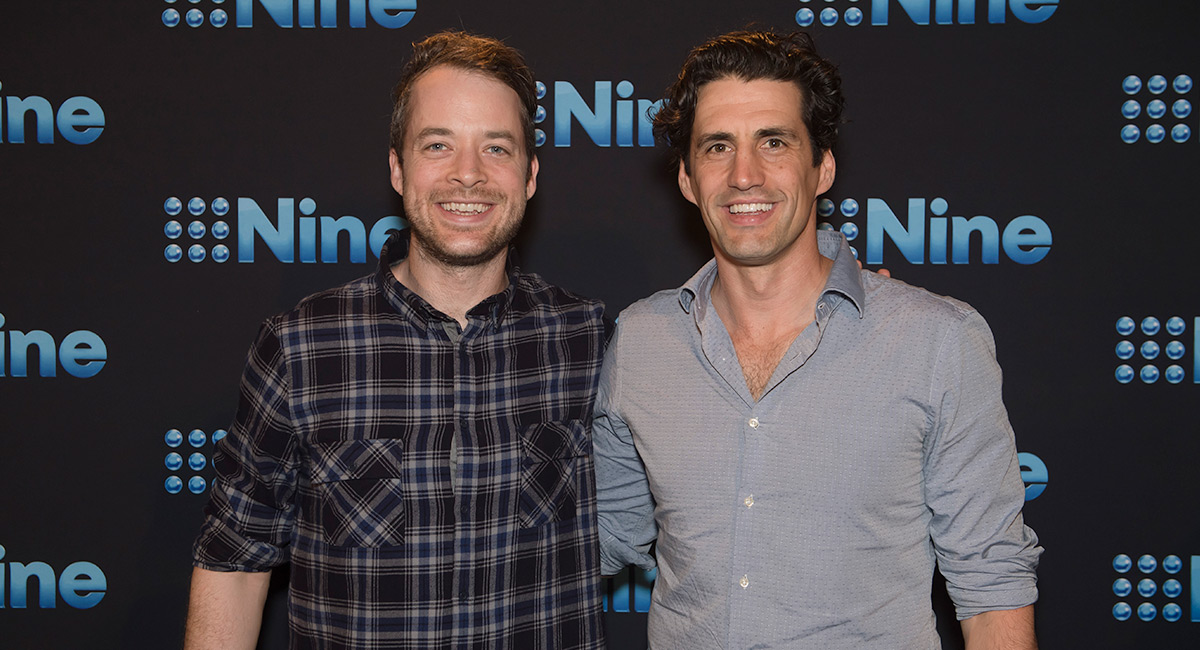 Hamish & Andy may be off the Hit Network airwaves next year, but they revealed to Mediaweek on their penultimate day on radio that they will launch a new podcast in 2018.

Although the retirement of Hamish & Andy from FM radio has been known for some time, the band only officially quit late last week when they confronted SCA’s Grumpy Dave.

Hamish: “We really stuck it to him.”

However, to the casual listener, we wondered if it might have sounded like Hamish & Andy had worn out their welcome at the radio station that has seen them come and go several times over the years.

Hamish: “You heard Grumpy Dave beg, just like everyone else did.”

It wasn’t quite begging. When told they were quitting, the network boss indicated he was quite relieved.

Hamish: “We will miss Dave and the opportunity to kick in his door and thrust a microphone into a superior officer’s face. He always provides us with a good giggle.”

Hamish & Andy have been permanent fixtures at the top of the iTunes podcast charts. Former SCA head of digital Clive Dickens admitted recently on a Mediaweek podcast that he had tried to get those rights back for the company several times.

“I’d always pitch,” Dickens told Mediaweek. “I worked with Hamish & Andy in London. We had them on Absolute Radio as well. I remember going out to dinner with them and saying, ‘Guys, come on. This is … ‘ And they were like … Andy particularly, he was like, ‘No.’ He knows his value. They create content, and they give the rights to people. They give the rights to SCA for broadcasts, they give the rights to a sponsor for social, and that’s how they view it. And that’s the right way to view it. Which just makes it a little bit more frustrating for the broadcaster who wants to be the rights holder.”

Mediaweek: “If they ever wanna do a direct-to-consumer podcast they can monetise it pretty well, you would imagine.”

Dickens: “Yeah, they’re just geniuses at it. They do a brilliant job.”

We asked Hamish & Andy this week if they had any plans to continue to serve their giant global podcast audience.

Andy: “We have just been finalising our plans for 2018 and we plan to continue with a podcast next year. The idea is to have a weekly podcast and we hope to have 40 across the year. We love our podcast audience and we have been overwhelmed by the number of people who have been reaching out over the last few weeks. We love doing it so much and we have had about 30m downloads of the podcast this year worldwide. It is something we cherish very dearly.”

Hamish: “We will have more details on that in the next few weeks. It should launch about late February or early March.”

Taking a break from radio and what happens to Jack?

Hamish: “The whole point of taking a break from radio is stepping back so we can just do things that we want to do. The podcast is one of those things and something we really love. It is the essence of what this is all about. The podcasting community is so strong and they invest heavily in every joke and adventure and it is a bond we have with a community we cherish.

“We will keep it going if only for our benefit because we love it so much.”

What will happen to the Hamish & Andy radio community that includes Jack? Will he be part of the podcast plans? Hamish: “There will always be a place for him. The place for Jack will be at the back door knocking, pleading to get in. [Laughs] Jack will be part of the podcast next year. There would be a bloody riot if he wasn’t.”

With Jack arguably the star performer on the Cool Boys And The Frontman tour, Mediaweek asked if Jack might perhaps be promoted as a star next year?

Andy: “He has expressed a desire to, but we have quashed those plans as quickly as we could.”

Hamish: “We are lucky to have had Jack with us as long as we have and I’m sure there could be bigger things. We can put you in touch with his publicity team when they are ready to announce his plans.”

Will they return to radio? “We never said never”

Andy: “We have never said this would be it forever.”

Hamish: “It is not as if radio had done some something horrible to us that we are not able to talk about.”

Andy: “We can say hand on heart that there is nothing more we have loved in our careers than doing this radio show. It has a special place and it is more fun than doing TV. There is nothing as relevant and immediate as radio. The fact we can interact with so many people is wonderful. To say that we would never do it again would be a lie.”

Hamish: “We just have to wait and see what the future holds. The most honest thing we can say is there are no immediate plans.”

With no radio shows next year, and only a weekly podcast, we wondered if Nine had talked to Hamish & Andy about extra episodes of True Story With Hamish And Andy?

Andy: “It is a good question. We contemplated a few more this year. It is such a production challenge, this show. This year 10 episodes had 138 speaking roles. We think the stories are stronger for the next series and we prefer to keep the quality high, which probably means it will remain 10 episodes.

“We can’t wait for that to be on people’s screens. It will probably be late next year. We are in the middle of scripting now and pre-production starts next week.

Hamish: “And a weekend to sift through recording contract offers…”

Andy: “And then straight back into pre-production. We have had 8,000 story submissions this time around for season two. We are looking forward to telling 10 of those stories for the audience next year.”

No more Best of Hamish & Andy

There have been encore broadcasts of Hamish and Andy episodes ever since they moved from weekend breakfast to drive on Southern Cross Austereo, but it seems there will not even be repeats next year.

Hamish: “We are not the only guys in the world who can do radio. There are plenty more shows coming through and it is great to give them the space.”

Andy: “I think they now have a no-repeat workday policy.”