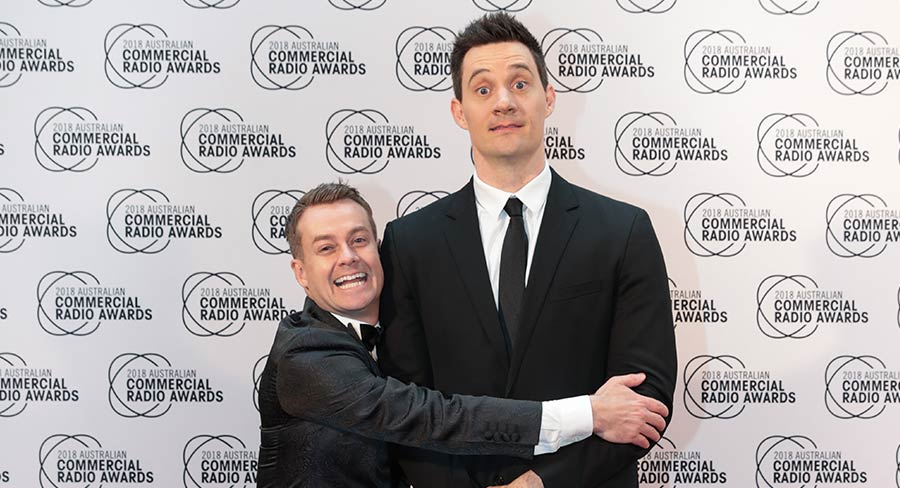 “While I don’t feel I’m very good at it just yet, there’s no way I want to stop.”

“Winning this award has blown me away,” said 2Day FM’s Grant Denyer after winning his ACRA on Saturday night. It has been a hell of a year for Denyer, who has already won the coveted TV Week Gold Logie.

Asked if he could keep doing radio despite his growing list of Network Ten commitments – Game Of Games and next Dancing With The Stars with Amanda Keller – Denyer told Mediaweek: “Radio I like. TV is very pre-planned and pre-determined. It is a slow-moving beast. Radio is kind of wild and loose, fast and exciting and that becomes addictive pretty quickly.

“While I don’t feel I’m very good at it just yet, there’s no way I want to stop. It is an adrenalin rush that is pretty hard to match.”

Denyer said he and his 2Day breakfast co-host Ed Kavalee don’t yet know what will be happening with their show in 2019. He wants to be involved though.

“It’s not only bloody good fun, but it makes me a lot better TV presenter as well. It has improved my television presenting out of sight.”

Denyer said the chance to work with Ed Kavalee was one of the reasons he joined the breakfast show.

Kavalee said the two have a great time on air. “We love each other,” Kavalee told Mediaweek. “Grant has come into radio and it couldn’t be more different from television. The show at 8am can be completely different from what we thought it would be at 6am.”