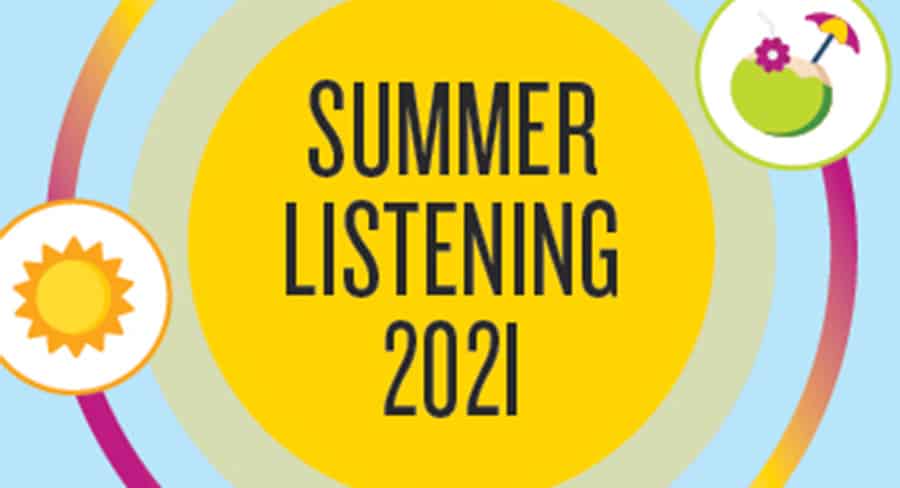 Radio plays an important part of everyday life over the holiday season, with GfK’s 2021 Summer Listening Report showing that Australians are more likely to listen to media than watch it over summer.

Radio was particularly important to younger people, with nearly one in two listeners aged between 10 and 24 saying they would “feel lost” if they couldn’t listen to radio for a week.

Overall, nine out of 10 radio listeners said they listened to radio as much or more over summer, a figure that has held stable over the past four years of the survey.

“Radio serves a critical role during the summer months as a medium that listeners can turn to 24/7 to meet their needs for information, entertainment and companionship,” said Joan Warner, chief executive officer of industry body Commercial Radio Australia.

“For advertisers, radio reaches audiences while they are travelling or at their holiday destination, at a time when they have more time to consider purchases.”

The study, which was conducted nationally from January 12 to 28, found that 93% of listeners consider radio a valuable source of information over summer and nine out of 10 agreed that radio gives them ideas or inspiration about things to see and do.

Respondents also said radio made them feel happy while they were off work and enhanced time spent with family and friends.

Sixty-three percent of all people aged 10+ and almost three in four radio listeners said they are more likely to listen to media than watch it in summer.

With more people travelling over the period, 62% of radio listeners and 35% of people who don’t usually listen to radio, tuned in at their holiday destination.

For younger audiences aged 10 to 24, 29% said they spent more time listening to radio in the car and almost half listened to radio via smartphones.

Radio also fulfills an important role for those alone over the holiday period. The survey showed that 70% percent of listeners said radio is a “great companion”, 57% agreed radio makes them feel more connected to the local community, and 72% percent of those aged 55 to 64 described radio as “like an old friend”. 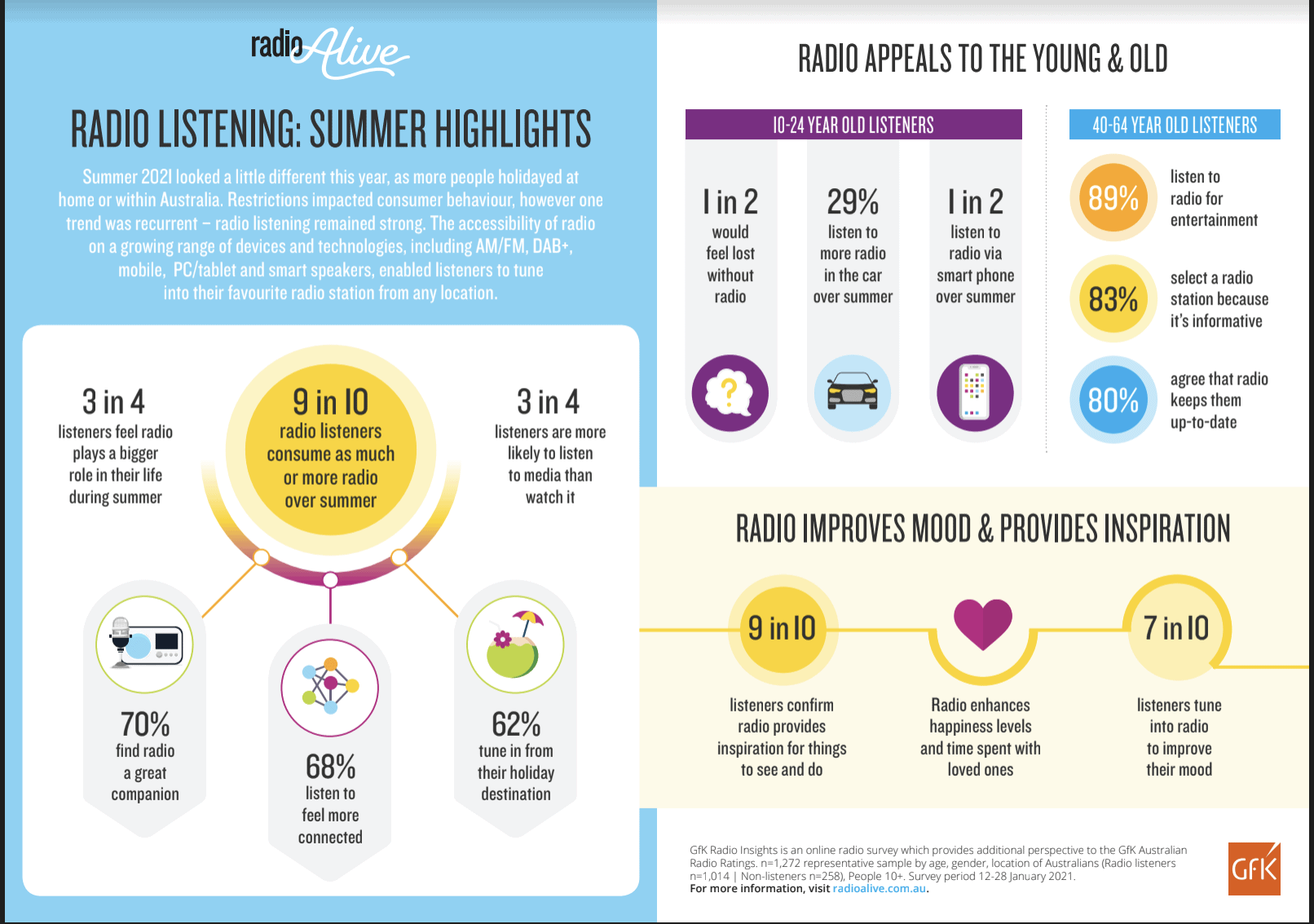