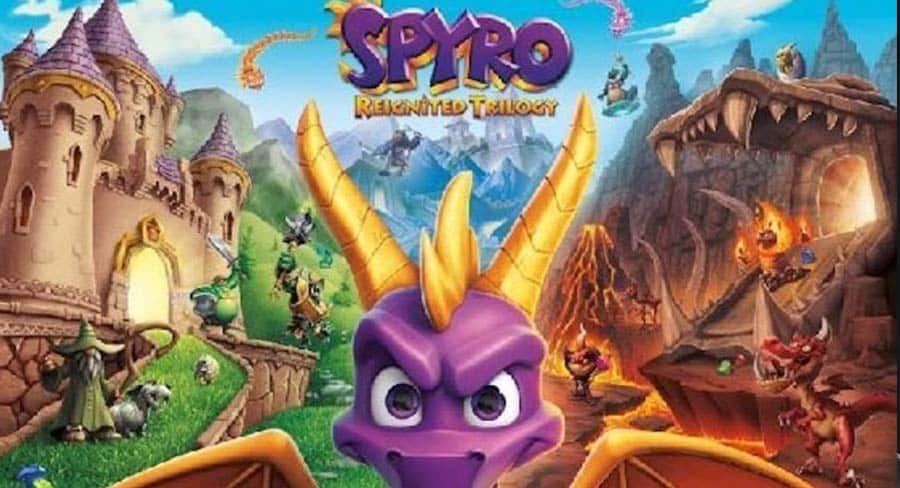 The Spyro Reignited Trilogy has dislodged Red Dead Redemption II as the top-selling game at retail in Australia last week, repeating a feat the game already achieved in the UK.

The Spyro Reignited Trilogy has received generally positive reviews, though Activision has faced criticism for leaving the majority of the game off the retail discs (most of the game isn’t actually on the disc and needs to be downloaded, completely dashing the benefit of buying a physical copy of the game at retail in the first place) and not adding subtitles.

The Spyro Reignited Trilogy has so far emulated the success of last year’s Crash Bandicoot N. Sane Trilogy. The two compilations certainly seem to have worked out well for Activision, which wasn’t actually involved in the production of the PlayStation originals (Activision picked up the rights to Crash and Spyro in 2008 after its merge with Vivendi, which had previously merged with original Crash and Spyro publisher Universal Interactive back in 2000). The remastered collections are sound examples of the hunger amongst certain fans for reinvigorated versions of previous favourites.

In second spot is Bethesda’s Fallout 76, but things aren’t looking great for a long stint in the charts. Fallout is a potent RPG brand and the game features an open world four times the size of that of Fallout 4, but Fallout 76’s pivot to an online-only multiplayer experience has been met with a reaction one would describe as mixed at best. IGN’s review called it an “experiment gone awry.”

Third and fourth positions are occupied by Pokémon: Let’s Go, Pikachu! and Let’s Go, Eevee! These are the first Pokémon games for the Nintendo Switch and are based on 1998’s Pokémon Yellow. If the sales of each were combined it’s entirely possible they’d eclipse Spyro, but they’ve been listed separately.

The two remaining new entries last week are Battlefield V and Hitman 2 at eighth and ninth respectively. Despite the large number of new entries this seems slightly low for a big brand like Battlefield, but it’s worth remembering that Battlefield V had a peculiarly protracted release program (owners of certain Battlefield V editions were able to purchase and play the game well ahead of its “official” November 20 release date) and it’s a series with strong PC heritage (most PC game sales are digital, and digital sales on any platform are not reflected in these retail charts).

It’s good to see Hitman 2 sneak into the top 10, especially considering the future was looking slightly bleak for this cult series after former publisher Square Enix decided not to continue its support for the franchise back in 2017, opting instead to sell the rights back to developer IO Interactive.

Quite a shake-up in the charts this week, and it will likely continue following aggressive discounting at retail on a bunch of desirable, evergreen games over the weekend.