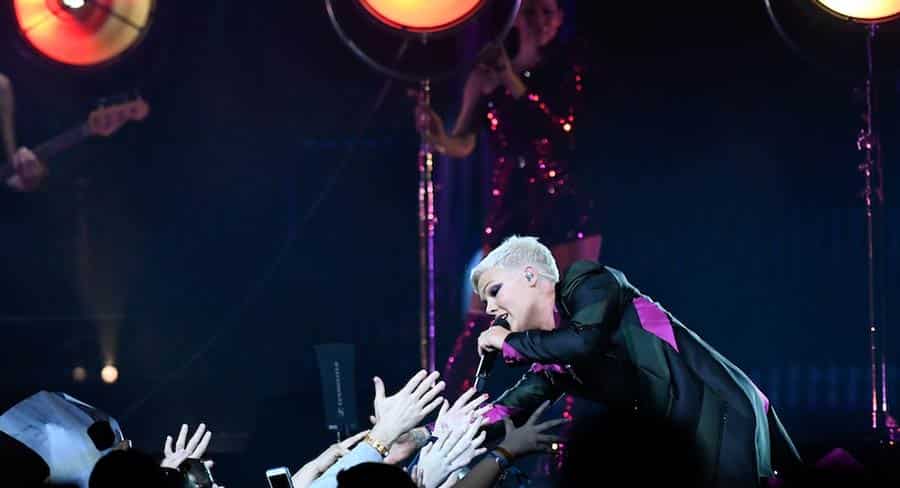 • Not a single new release made the top 50

Not a single new release made the top 50. To go in search of a charting new release we scrolled further down the chart. We went all the way to the 90s where just two new arrivals made it onto this week’s ARIA singles chart:

At the top of the chart there was little movement – the top seven songs were unchanged from last week.

Ariana Grande spent another week at #1 with Thank U, Next, which is the only time she’s had a second week on top of the chart. The chart’s biggest mover, and the only bullet performer this week, was P!nk with A Million Dreams, which is up from #47 to #27.

Michael Bublé must have been favoured to debut at #1 this week, but in a chart upset the soundtrack to A Star Is Born has hung on at #1 for a fifth consecutive week. Bublé’s Love is new at #2. It’s not a bad debut, but a carefully crafted global promo strategy meant a #1 could have been a chance. The Australian pre-album buildup included a Sydney stadium show, TV concerts for Sunrise and Foxtel plus a smoothfm performance.

As ARIA notes this week, Bublé is no stranger to #2 on the chart. His previous album Nobody But Me peaked there in November two years ago. From 10 albums Bublé has managed five #1s. Sales and streams of his Christmas album might have held back the new release – Christmas is up from #30 to #16 this week.

The Reimagined album features contemporary artists presenting their interpretations of tracks – performers include Panic! At The Disco, Kelly Clarkson, Kesha, Years & Years, Jess Glynne, Missy Elliott and P!nk’s A Million Dreams, which was the only notable mover on the singles chart this week.

Other new arrivals on the albums chart this week:

#5 Mumford & Sons with Delta. Fourth studio album and follow-up to 2015’s Wilder Mind, which peaked at #1.
#8 Little Mix with LM5. Fifth studio album from the British girl group and their fifth top 10. Follow up to Glory Days, which peaked at #2 exactly two years ago.
#14 Mark Knopfler with Down The Road Wherever. The ninth solo album from the former Dire Straits hit machine.
#15 Mariah Carey with Caution. Fifteenth studio album with three of them peaking at #1 and four of them not making the top 10.
#18 Kip Moore with Room To Spare: The Acoustic Sessions
#20 Anderson .Paak with Oxnard
#32 Roy Orbison & The Royal Philharmonic Orchestra with Unchained Melodies