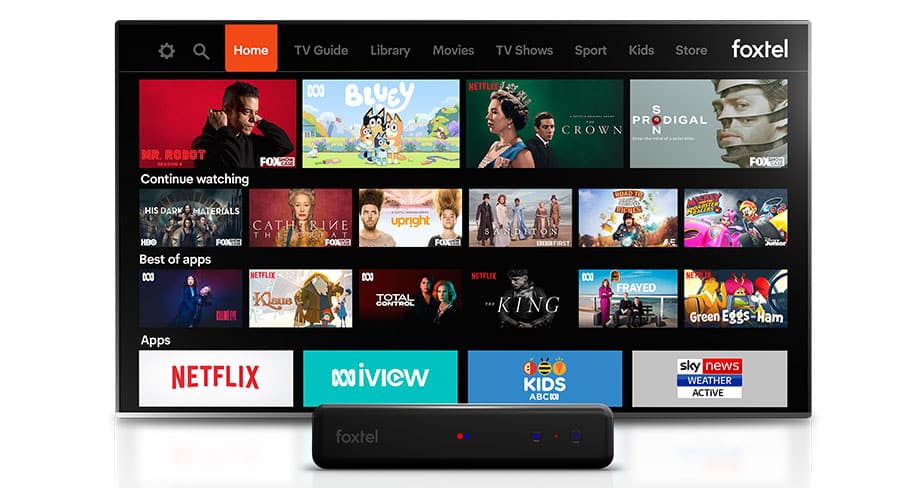 Foxtel has announced the arrival of the ABC iview app on iQ3 and iQ4 set-top boxes in addition to already offering the same service for Netflix.

The addition of ABC iview follows Foxtel’s recent expansion of its long-standing relationship with the ABC as well as the completion of its rollout of the New Foxtel Experience across more than 1.1 million iQ3 and iQ4 set-top boxes.

Customers can stream ABC content directly from the iQ3 and iQ4 boxes, bringing viewers a host of ABC-produced drama, entertainment and documentaries along with its kids programming. Popular shows like Total Control, Frayed, Killing Eve, Mystery Road, The Cry, Bluey and more are now available to stream on Foxtel. ABC content can be watched directly from the ‘Home’ menu, or the dedicated genres section on the set top box user interface, like TV Shows and Kids. Customers can also launch the ABC iview and ABC iview Kids apps directly.

Alice Mascia, Foxtel’s Chief Product and Strategy Officer, said, “We’re pleased to have completed the New Foxtel Experience rollout across more than 1.1 million iQ3 and iQ4 set top boxes and the feedback from customers has been incredibly positive.

“Today’s addition of ABC iview to our iQ3s and iQ4s is the next step in our roadmap to bring customers the world’s best and favourite Australian entertainment all in one place, at the best value.

“The move greatly expands the reach of the ABCs streaming content to more Australian homes than ever before, and adds to Foxtel’s own original content; our massive library of shows from the world’s leading studios and integration with Netflix*, all available to stream, on demand, from Foxtel at the touch of the ‘Home’ button of their remote control. It has never been easier to stream all your favourite content on TV.”

ABC iview will begin arriving for iQ3 and iQ4 customers starting today and will download automatically to all set top boxes progressively over the next few weeks as part of the New Foxtel Experience, which can be accessed anytime via the ‘Home’ button of the remote control.