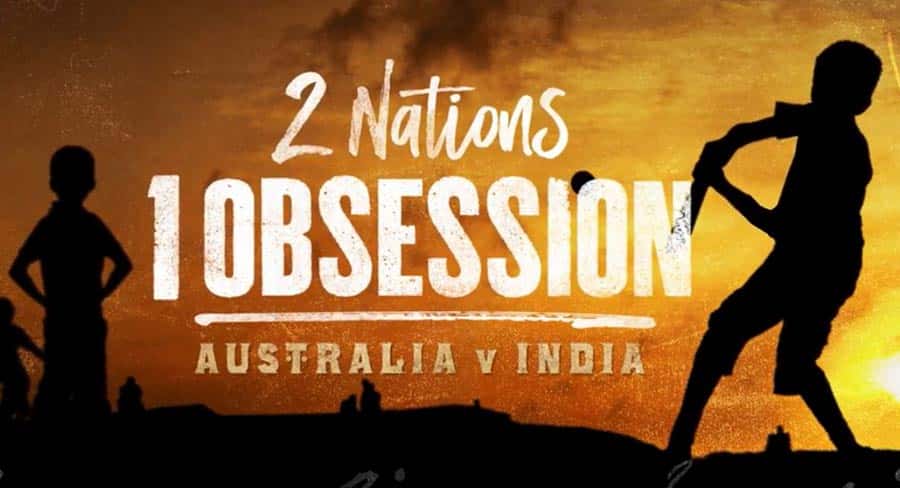 After making the ambitious three-part cricket documentary Forged In Fire last year, filmmaker Peter Dickson has backed up this year with 2 Nations 1 Obsession.

While his previous cricket doco looked at Ashes rivalry, the new film documents the rivalry between Australia and India.

Forged In Fire was shown on Nine last year, while his Indian cricket investigation is coming to Fox Cricket over two nights – Wednesday and Thursday November 21 and 22. “I wasn’t going to make another cricket documentary, to be honest, after the last one,” he told Mediaweek. “The only reason I eventually decided to do it was because it was India. I really wanted to make it different from Forged In Fire, and I think India is the only place I could have achieved that because it is so culturally different.

“I’m glad I did even though it was exhausting. I was pretty shattered by the end of this because I was living it 24/7, but it was worthwhile and I am very happy with the finished product.

“I set out to make a film that is not just for the sports fans who love cricket. I try to make it broader and going to India allowed me to touch on the cultural aspects a whole lot more.”

In fact Dickson went so far to suggest that if people are only wanting to see cricket, they may not be happy with 2 Nations 1 Obsession. “I try to weave the narrative in and out of cricket.”

Dickson travelled with a small team to India for 15 days. “We based ourselves in Mumbai. It got pretty frustrating trying to set up anything. People would say yes, but then we might not hear from them for a few days. We were dealing with people who are treated like gods in India and access is very limited.” It’s amazing to think the footage shot in India came from a team of just three people – Dickson with his cameraperson and a production manager. For filming in Australia the team is a little bigger.

Cricket Australia commissioned Dickson to make both his cricket documentaries. Once he hands over the product to the sporting body it takes control of distribution. Last year it was Nine; this year it is Fox Sports via Fox Cricket.

Helping Dickson with the project locally this year were people like player-turned-commentator Adam Gilchrist and cricket writer Mike Coward.

“The current Indian players were not involved simply because the BCCI doesn’t allow players to do projects like this. Even if it did, we didn’t have $100,000 available!”

Dickson added, however, he thinks the storytelling works much better with past players because current players are not able to open up.

Other former Indian greats included Ravi Shastri, Kapil Dev and Bishan Bedi. Dickson said he did very well, but there was a list that included a few he wasn’t able to connect with – one obvious big fish.

“I really wanted Sachin Tendulkar. He is beyond human over there and he had recently released his own documentary. To get to him proved to be impossible. Even some of his mates told me they weren’t able to reach him.”

Australian contributors included Alan Border, Ryan Harris, Greg Matthews, Stu Clark – “I really wanted some of the people you don’t hear a lot of. Greg Chappell was essential and fascinating because he coached India and he was brutally honest.” Included in the movie is some nice drone footage. “I probably pushed it a little too much,” said Dickson, sounding concerned. Never – it is hard to overdo drone footage.

Dickson has worked a lot with Cricket Australia, and he sounded as surprised as anyone about the extent of turmoil this year. One of his key contacts was the recently sacked Ben Amarfio.

In addition to his cricket work, Dickson has also worked with the AFL on many annual specials. That includes a dozen documentaries on grand finals. Peter’s filmmaker brother Robert Dickson, who passed away in a car accident, started the AFL connection in 2001.

Peter has a handful of projects under consideration connected to other sports. He continues to do AFL projects to continue his brother’s legacy, but he admitted during our interview what perhaps it was time to consider something else.