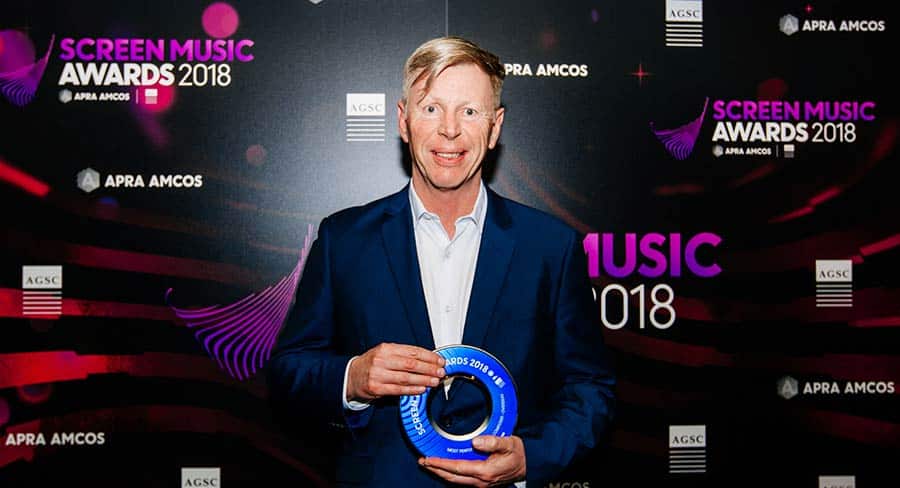 The Australian screen music and film sector last night gathered for the annual Screen Music Awards to celebrate the composers that made an impact in the previous year. The event, staged jointly by APRA AMCOS and the AGSC (Australian Guild of Screen Composers), was held at the City Recital Hall in Sydney and paid tribute to screen composers across 12 categories who impressed an independent panel of judges with their work across TV, online, film and advertising.

Through the magic of television, Denise Scott was hosting the awards show while also appearing in the final episode of Have You Been Paying Attention? on Network 10.

Screen composer Caitlin Yeo has taken out the Feature Film Score of the Year for her original score for The Butterfly Tree. The film’s soundtrack has earned Yeo a second Screen Music Award in the category of Best Soundtrack Album. She has previously won Feature Film Score of the Year for The Rocket in 2013. It was a special evening for Yeo, who also attended in her capacity as President of the AGSC.

Matteo Zingales also received two Screen Music Awards – the first for Harrow, in the category of Best Television Theme. The second was for his collaboration with fellow screen composer Antony Partos. Together they have scored the award for Best Music for a Mini-Series or Telemovie for the acclaimed ABC television series Mystery Road.

Celebrated film and television screen composer Nerida Tyson-Chew won a gong in the category of Best Music for Children’s Television for her work on children’s animated television series The Deep (for the episode The Missing).

Father and son composers Cezary and Jan Skubiszewski, who teamed up to create the music for the Picnic at Hanging Rock reboot, have taken out the award for Best Music for a Television Series or Serial. This is the second time the duo has won an award in this category, winning in 2014 for Serangoon Road. Producer and director Robert Connolly, this year’s recipient of the Distinguished Services to Australian Screen Award, was presented with his honour by composer Nigel Westlake, who composed the original score for Paper Planes. “You would be hard pressed to find another individual who has given voice to the artistry of so many Australian composers, a man who has nurtured our community and provided the resources for our local talent to shine and realise their craft so thoroughly and with absolute integrity. The opportunity to work with Rob on Paper Planes was a highlight of my career. He is a filmmaker of the utmost integrity, a storyteller of immense facility, and has always believed in the power of cinema as a force for good,” said Westlake. Best Music for a Mini-Series or Telemovie
Mystery Road Composed by Antony Partos and Matteo Zingales, Published by Sonar Music

Best Music for Children’s Television
The Deep: The Missing Composed by Nerida Tyson-Chew