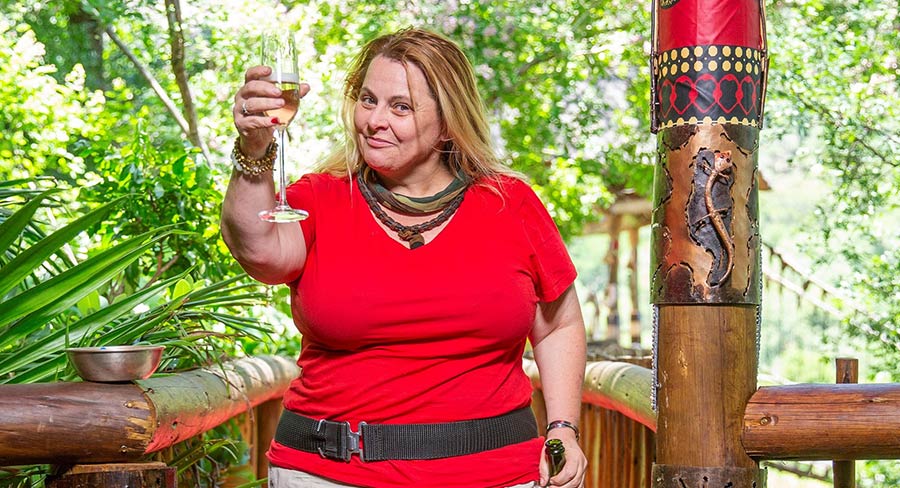 The Tuesday night episode of I’m A Celebrity…Get Me Out Of Here!, gave Sally, Network 10 Classification Manager, heart palpitations, according to the network.

Justin and Dermott dominated through repulsive cuisines including chicken intestine broth, fermented offal, sheep’s eye, lamb kidney and bull’s testicles, while Shane and Sam spluttered, gagged and vomited their way along. Demott couldn’t resist some obvious and “distasteful” gags about the testicles.

Later in the show, Dr. Chris Brown and Julia Morris announced that veteran reality television host Ajay Rochester was the first celebrity to be voted out of the jungle.

Unapologetically honest and open, Ajay did not hold back with sharing stories.

Within hours of arriving into camp, Ajay told her jungle family that she hadn’t had a shag in nine years. From the welfare fraud case that plagued her in the press to her very public spat with Michelle Bridges, no topic was off limits.

Ajay and Yvie Jones bonded over the pain that comes with being overweight and talked about fat shaming in the media. The women discussed using their weight as a defence mechanism and were proud that two larger women were being represented on the show.

In perhaps her most candid camp conversation, Ajay spoke of the incredible journey to find her birth mother, who turned out to be her co-worker in a Sydney restaurant.

Ajay competed in two trials, the most memorable being Flying Blind, where she had to keep her heart rate down on a tumultuous helicopter ride around Africa.

The network is now promoting a bold-Hollywood A-lister is on the next flight out of LAX and headed for South Africa. There is some speculation it could be Pamela Anderson.