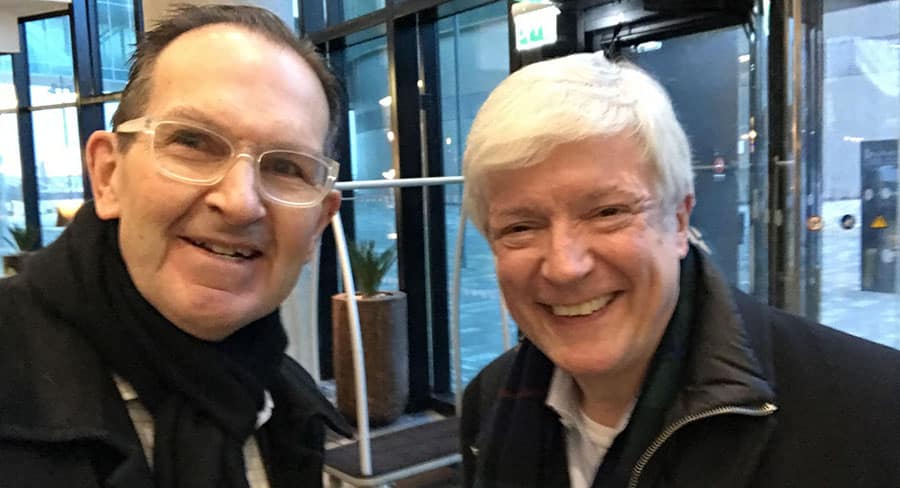 • Lord Hall was at his final BBC Showcase this week in Liverpool.

When the director general of the BBC Tony Hall recently announced he would be departing the organisation this year, it meant there would be an opportunity to refresh the public broadcaster at the top.

The announcement also triggered a wave of speculation about who would replace the BBC boss. Many thought it was the right time for a woman to be appointed to the broadcaster. This week that speculation gained extra momentum with a report Elisabeth Murdoch was a contender.

Lord Hall was at his final BBC Showcase this week in Liverpool. Mediaweek spoke briefly with the soon-to-depart media chief as he prepared to leave the city where has he spoken at Showcase for the past seven years.

He indicated he had enjoyed the Showcase events, but the time was right for him to be moving on. His comments echoed what he said last month and that the decision had been hard: “If I followed my heart I would genuinely never want to leave.”

The National Gallery in London subsequently announced Hall had been appointed chair of its board of trustees.

One media outlet commented at the time: “BBC crisis: Tony Hall quits as director-general after year of chaos.”

The speculation about Elisabeth Murdoch being in the running to replace Lord Hall came first in the i newspaper:

“Elisabeth Murdoch, the daughter of Rupert Murdoch who became a successful television entrepreneur in her own right, has emerged as a surprise candidate to run the BBC.”

However, The Guardian has since reported that Elisabeth “has no interest in becoming director general of the BBC”.

“Sources close to Murdoch told The Guardian she had no interest at all in the job and was focusing on the launch of a production company, Sister, in addition to her Freelands Foundation charity and a role with Arts Council England. She previously founded and built up the successful independent production company Shine.”

Lord Hall this morning was part of an exodus of TV executives after what some thought might be the last BBC Showcase to be held in Liverpool.

Many of the TV buyers from around the world caught early trains to London this morning to attend screenings around the capital from the large production houses. Some have indicated they would prefer if Showcase was closer to those other events in London.